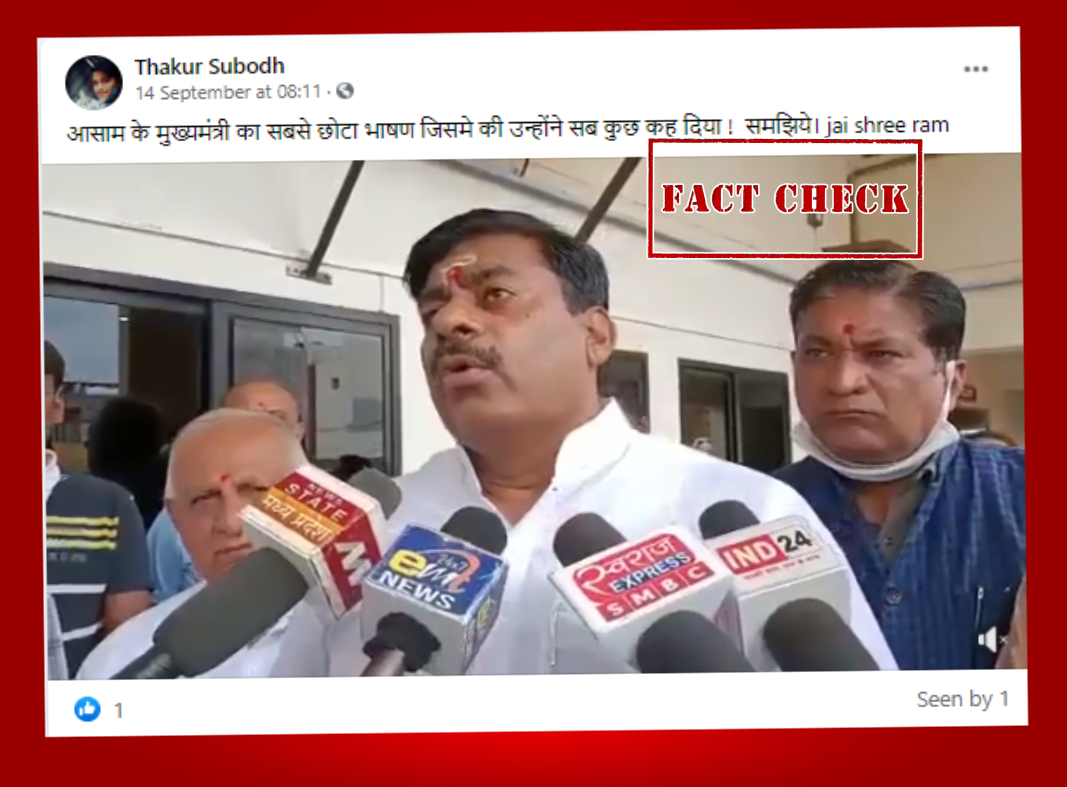 A video has gone viral on social media in which a person while talking to media takes a jibe at the minority community. The post claims that the video is of Assam Chief Minister Himanta Biswa Sarma.

The man can be heard talking in Hindi, which translates to, “Incident of Ujjain has come to light. I have said that there are no restrictions in offering Namaz, also do the fasting there are no restrictions on it, if you want to take out the procession of Moharram as per the tradition then please take it out there are no restrictions on it as well. But one thing that everyone must understand is that this is India, here whatever you are doing will be under the Constitution made by Baba Saheb. If you say Pakistan Zindabad on the land of India then you will be smashed. I want to tell the maulvis and the Mullahs that you should train people about namaz and roza but ensure to tell them that this is India.”

The video is being shared with a caption that reads in Hindi as, “आसाम के मुख्यमंत्री का सबसे छोटा भाषण जिसमे की उन्होंने सब कुछ कह दिया ! समझिये.” (English translation: The smallest speech of Assam’s Chief Minister in which he said everything.) 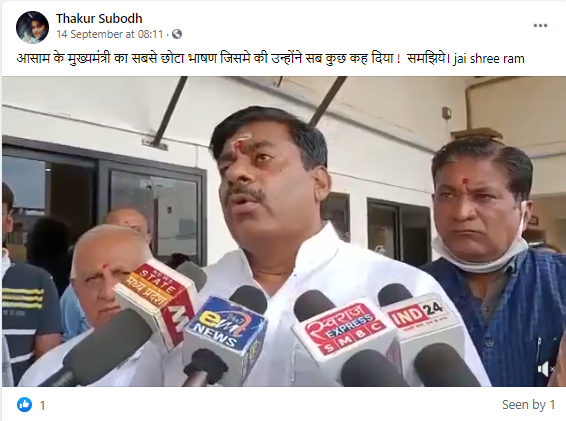 We scanned Assam Chief Minister Himanta Biswa Sarma’s image. Upon comparing his image with that of the man in the viral video, it became evident that they are different people. 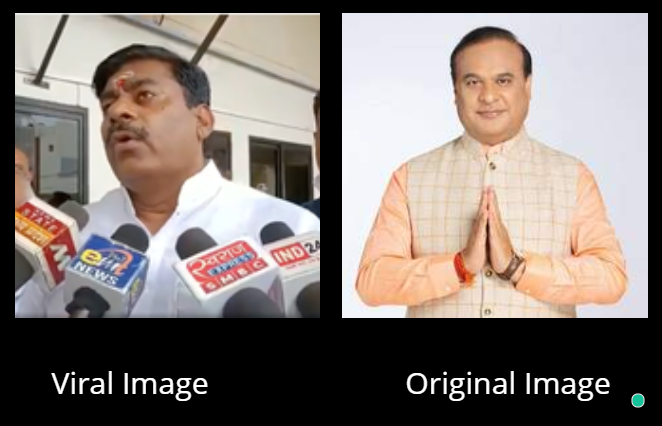 On breaking the video into multiple keyframes and doing a Google Reverse Image search, we found that the same video was uploaded by a Twitter user claiming that it was of a Madhya Pradesh minister Rameshwar Sharma.

Taking a cue from this, we searched with the keyword, ‘Rameshwar Sharma’, and found a part of the viral clip that was shared on a YouTube channel, INH News on August 21, 2021. The title of the video identifies the man as BJP MLA Rameshwar Sharma. 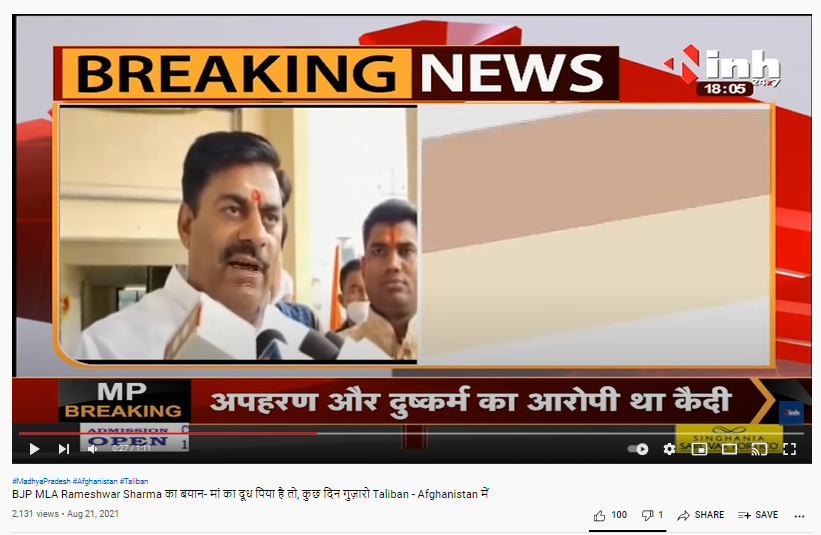 We also located his Twitter handle and found that his Twitter description mentions that he is an MLA from the Huzoor Vidhan Sabha constituency of Madhya Pradesh. 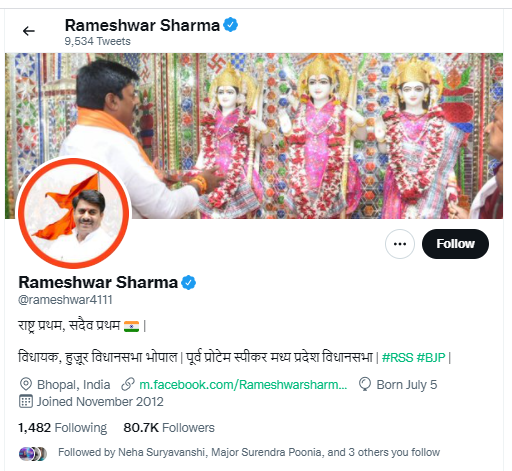 Hence, from the above information, it is clear that the viral video is of BJP MLA Rameshwar Sharma, and not of Assam Chief Minister Himanta Biswa Sarma.