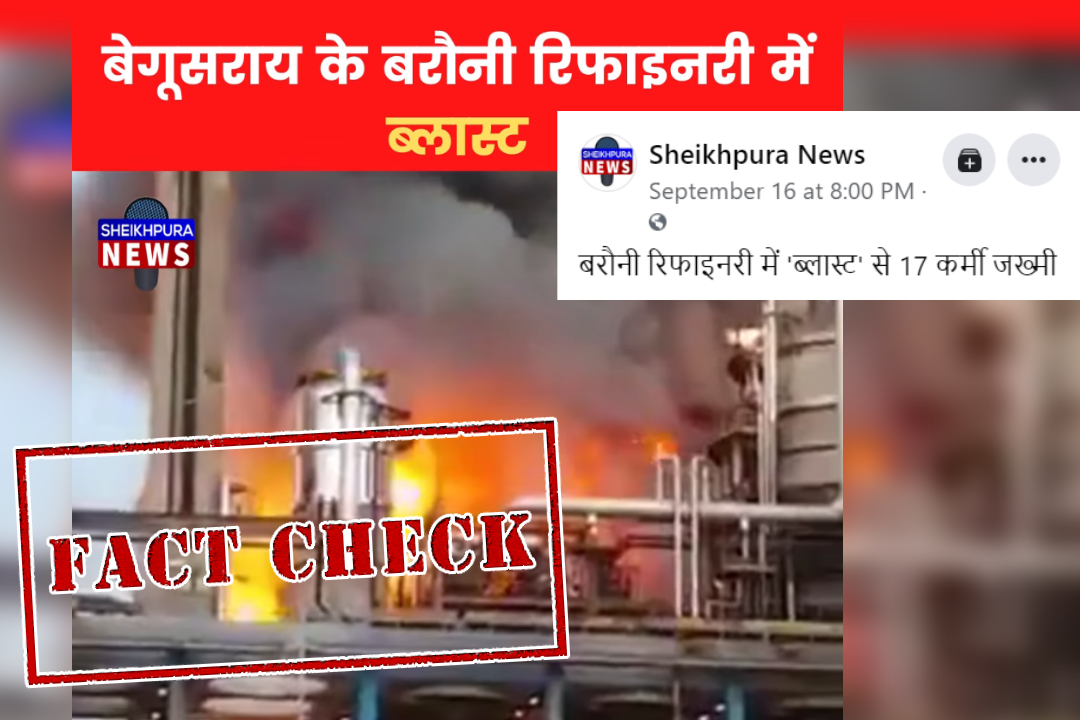 On September 16, 2021, at least 19 workers were injured in a blast at Indian Oil Corporation Limited (IOCL) refinery at Barauni in Bihar. Following the incident, a video, reportedly of flames coming out of the refinery, is being widely shared on social media.

The video is being shared on Facebook with a caption in Hindi that translates to, “17 workers injured in ‘blast’ at Barauni refinery.” 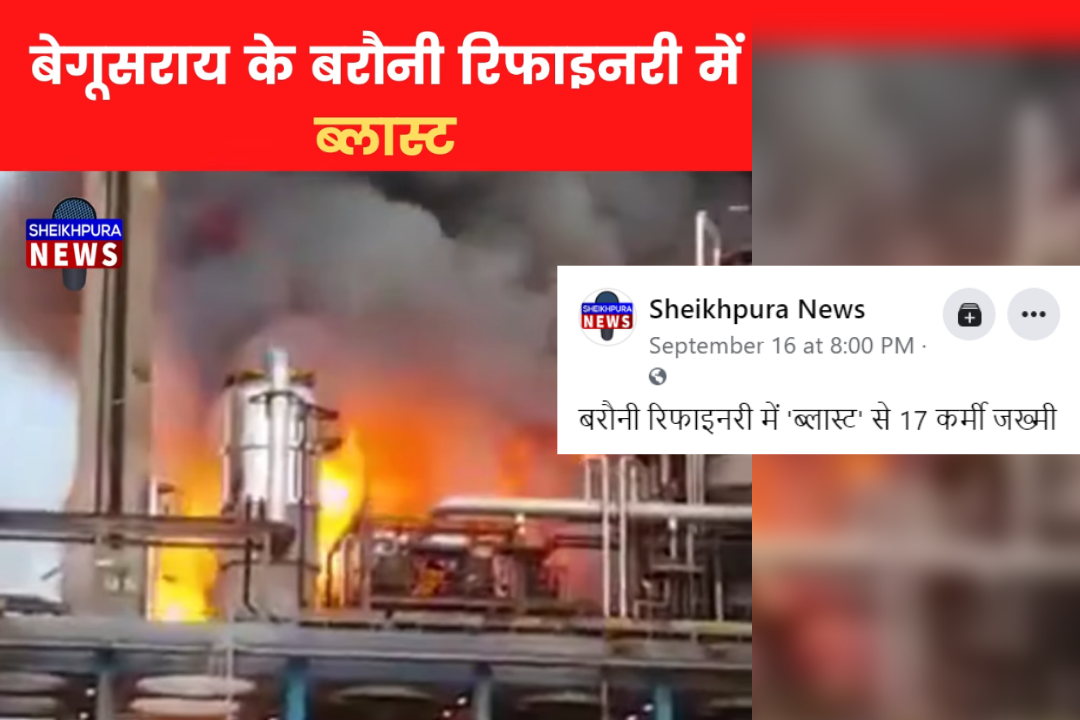 We extracted keyframes from the video using the InVid tool and did a Reverse Image Search. This led us to a LinkedIn post that carried the same viral video 3 years ago. The caption of the post is in Arabic that translates to, “When industrial accidents happen, they cause a lot of damage. It is not wise to wait for disaster to happen.”

Searching further, we found the same video uploaded on Facebook dated May 21, 2017, with a caption that reads, “Breaking news: Fire breaks out at Isla refinery.”

More searches led us to YouTube which featured the same viral video with a caption that read, “Fire breaks out at Isla refinery PDVSA Curaçao 21.5.2017.”

We also found a news article which carried a similar video with a headline, “Fire at Isla oil refinery in Curacao.” The article was published on May 21, 2017. 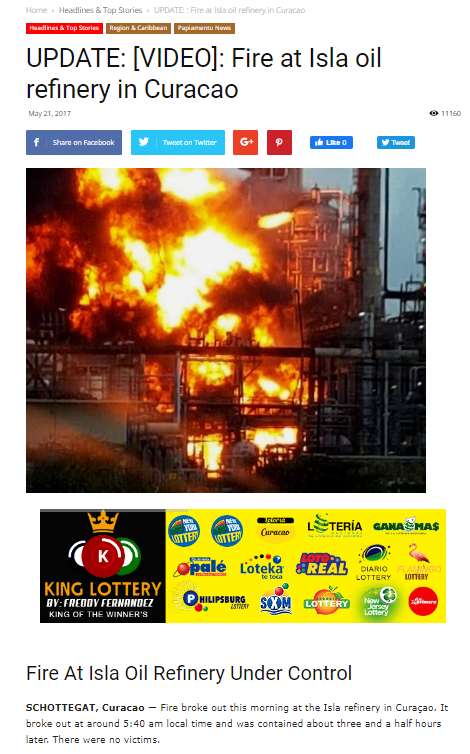 Although we could not independently verify the location of the viral video, this video has been on the internet since 2017. Thus, it cannot be of recent fire incident at the Barauni refinery.

We also checked the website of IOCL for a press release regarding the incident. In the release dated September 16, 2021, it was mentioned, “There has been no fire or any death, and the injured are entirely out of danger.”

Thus, it can be concluded that an old and unrelated video of fire is being falsely shared as that of a recent fire incident at the Barauni refinery. Thus, the viral claim is false.