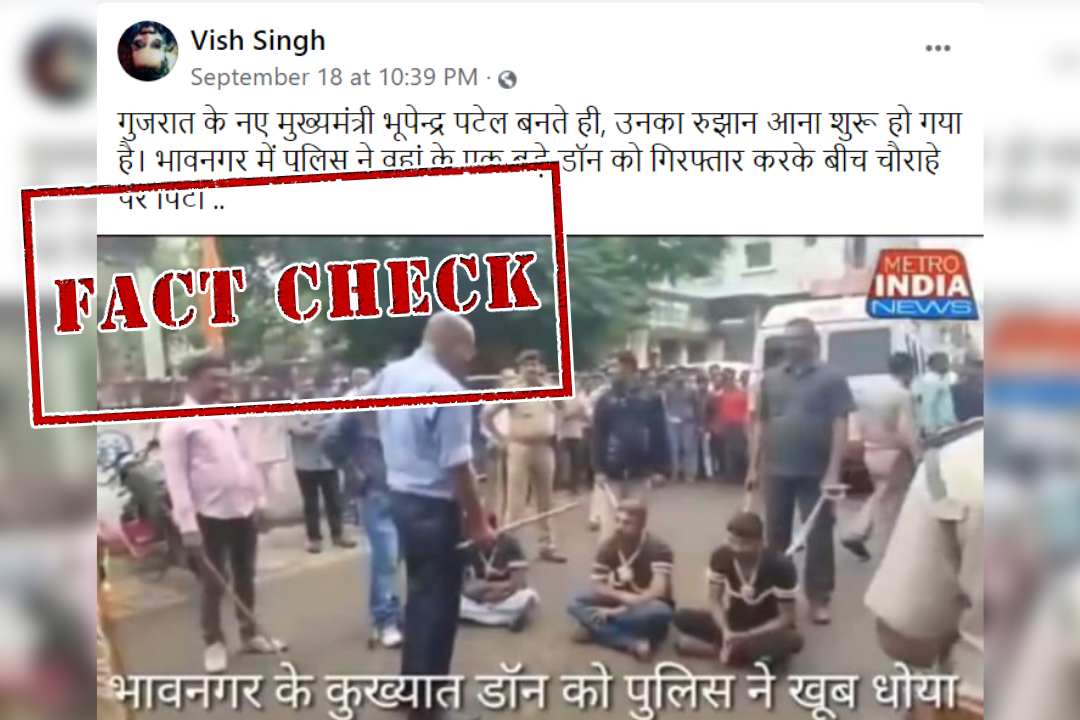 Bhupendra Patel took oath as Gujarat Chief Minister after Vijay Rupani tendered his resignation on September 11, 2021. In this backdrop, an image in which police personnel can be seen assaulting some people has gone viral on social media with a claim that Gujarat Police have become proactive in nabbing criminals after Bhupendra Patel became the CM.

The image is being shared on Facebook with a caption in Hindi that translates to, “As soon as Bhupendra Patel became the new Chief Minister of Gujarat, his results have started coming. In Bhavnagar, the police arrested a big don there and thrashed him at the middle crossroads.” 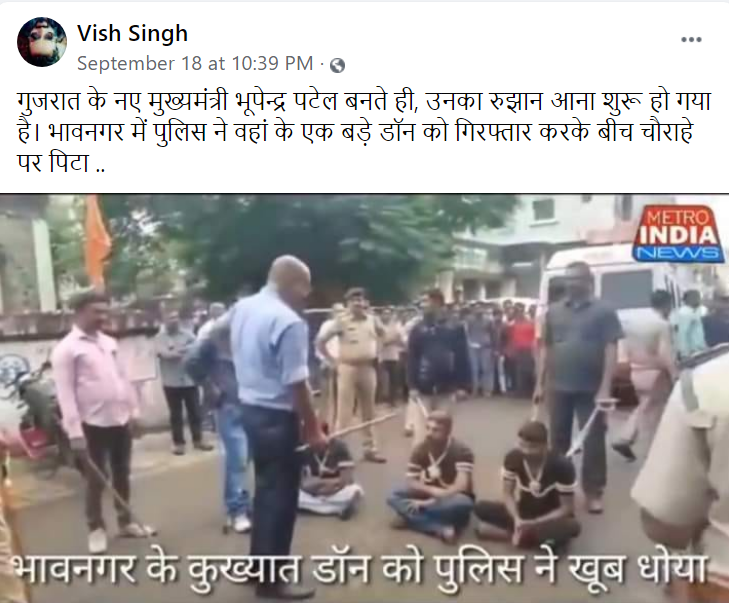 Taking a hint from this, we did a keyword search and found a video on the YouTube channel on “METRO INDIA NEWS” uploaded on September 8, 2018. The video description reads, “Why don’t the police stick? See how the Gujarat Police washed the criminal on the middle of the road.” At 29 seconds, one can see the image in question in the video. 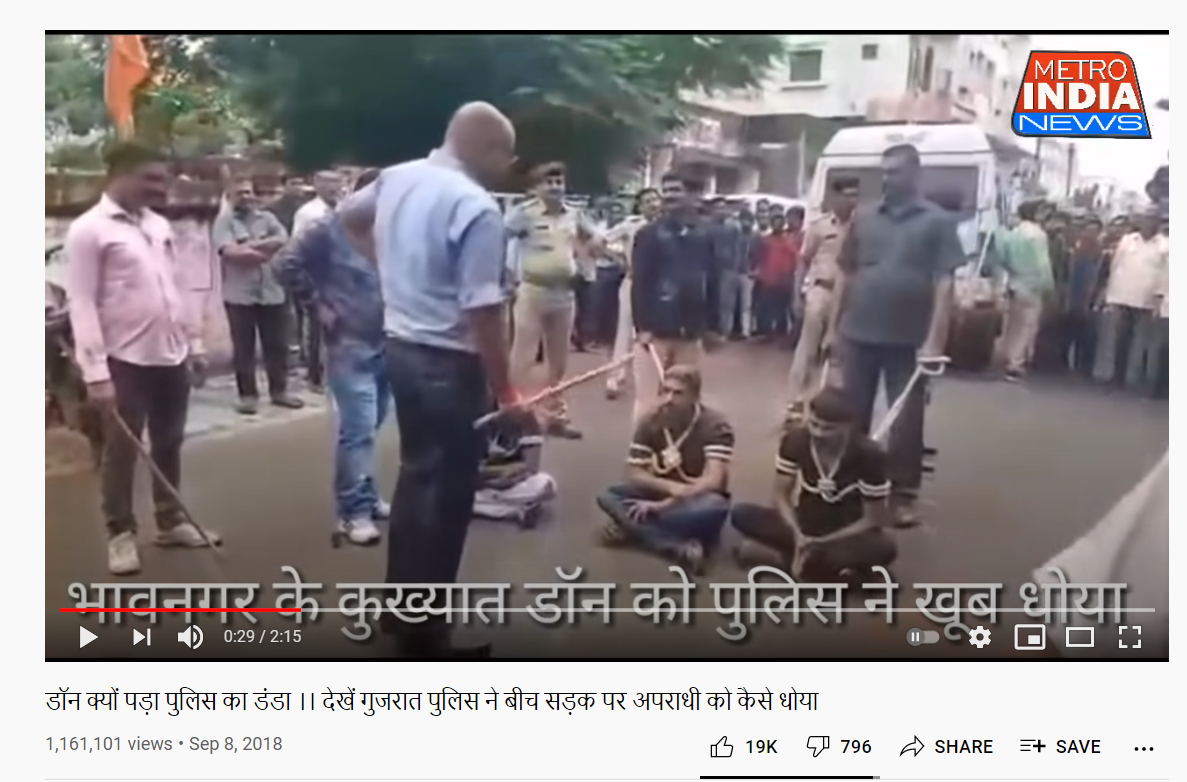 Searching further, we found the same video uploaded by many Gujarati News websites in September 2018 with a description that translates to, “Must watch the video of brave PI Mishra taking out the people who are teasing as a don in Bhavnagar.” Check a similar video news report here. The description of the video reads, “Bhavnagar Police takes out procession of Shailesh Dhandhaliya.”

We did a keyword search and found many news articles that had reported the incident in September 2018. According to these articles, “Ahmedabad police arrested Shailesh Dhandhalia (39), his aide Mukesh Shiyal (38) and his driver Bhadresh Goswami alias Bhuro (34), from SP Ring Road in Ahmedabad. The accused on August 17 allegedly fired at Yogesh Parmar (27), a resident of Yakubbhai ni Vadi area of Talaja, over a land dispute.” 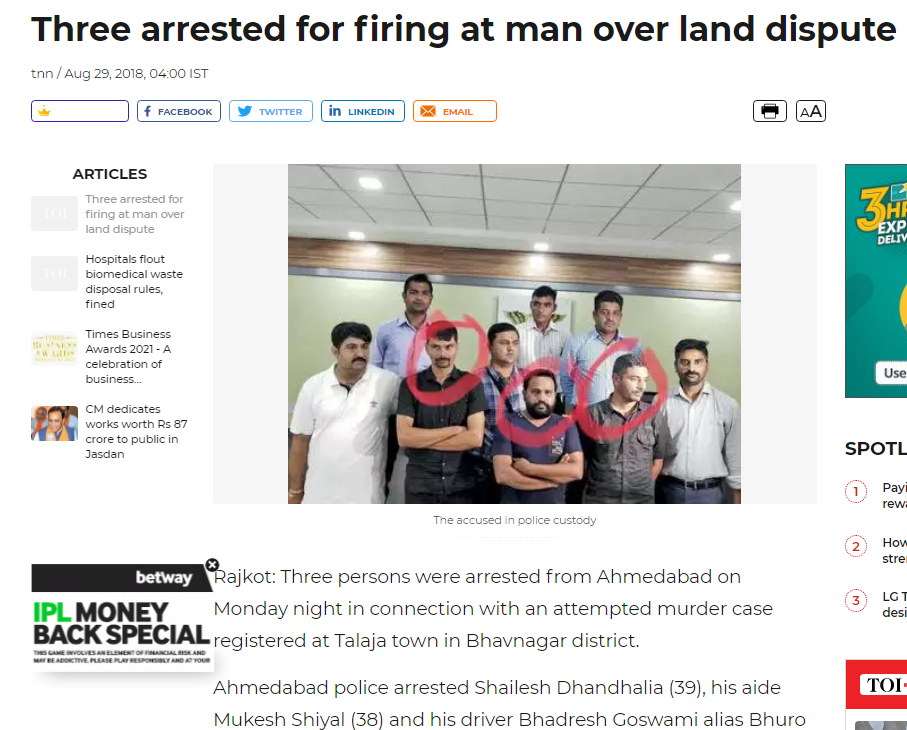 Thus, it is evident from the above information that a screenshot taken from an old video is being falsely shared as the police becoming proactive in Gujarat after Bhupendra Patel took over as the Chief Minister.