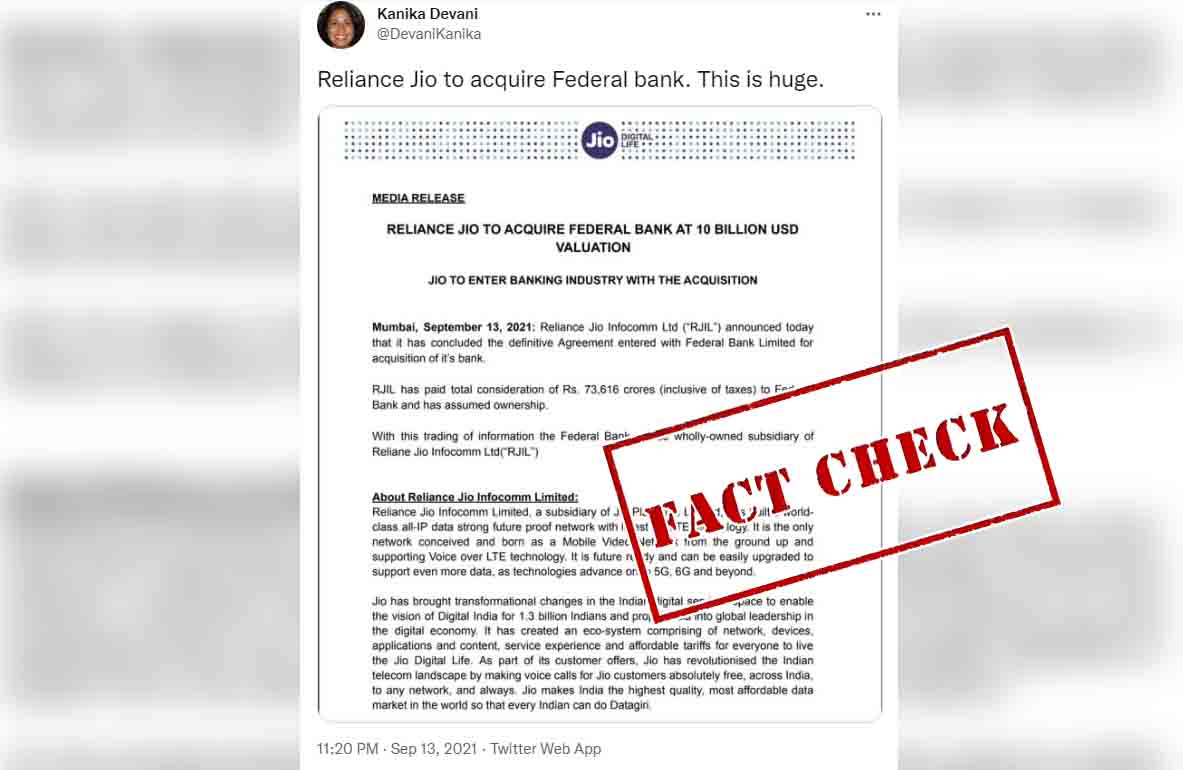 An image of a purported press release attributed to Reliance Jio is doing rounds on social media. The press note claims that Reliance Jio is going to acquire Federal Bank at 10 Billion USD.

The heading of the release read, “Reliance Jio to Acquire Federal Bank at 10 Billion USD valuation.”

Social media users are sharing the post with the caption, “Reliance Jio to acquire Federal bank. This is huge.” 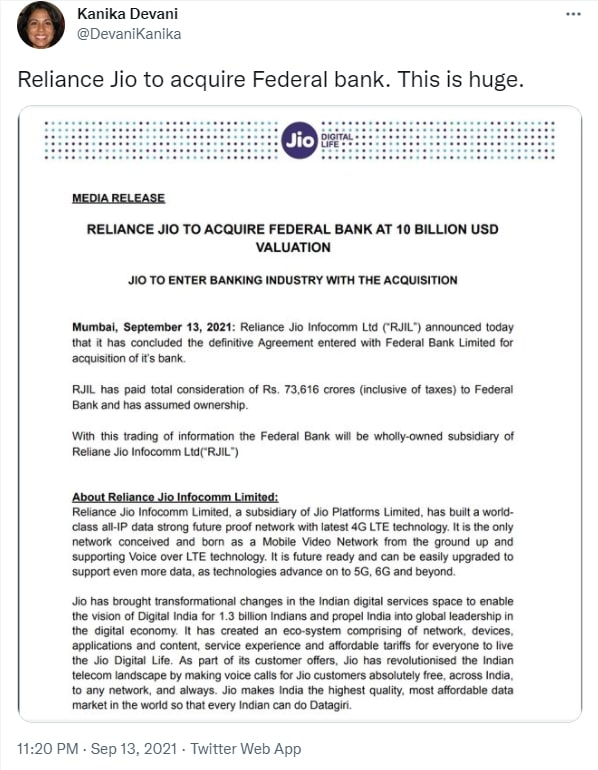 Firstly, while reading the press note, we realised that “Reliance” has been misspelt at one place as “Reliane”. 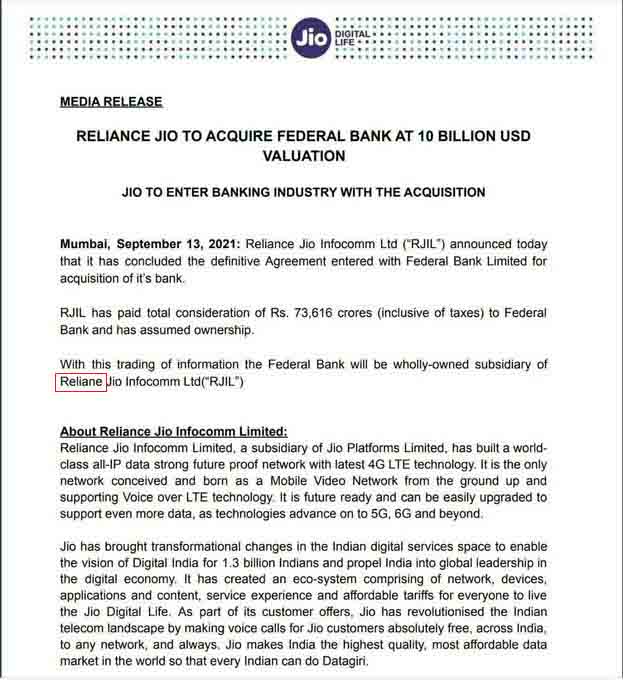 Moreover, the press release mentioned that “RJIL has paid total consideration of Rs 73,616 crores (inclusive of taxes) to Federal Bank and has assumed ownership.” However, as of September 21, the market cap of the Federal bank was Rs 16759.20 crore. The latest numbers can be checked here and here.

We also scanned through the website and social media handles of Reliance Jio but did not find any such announcement.

We then ran a keyword search but did not find any media report corroborating the viral claim. However, the search led us to a report by CNBC TV 18 dated September 16, 2021, titled, “Reliance Jio files police complaint against fake message on social media.” 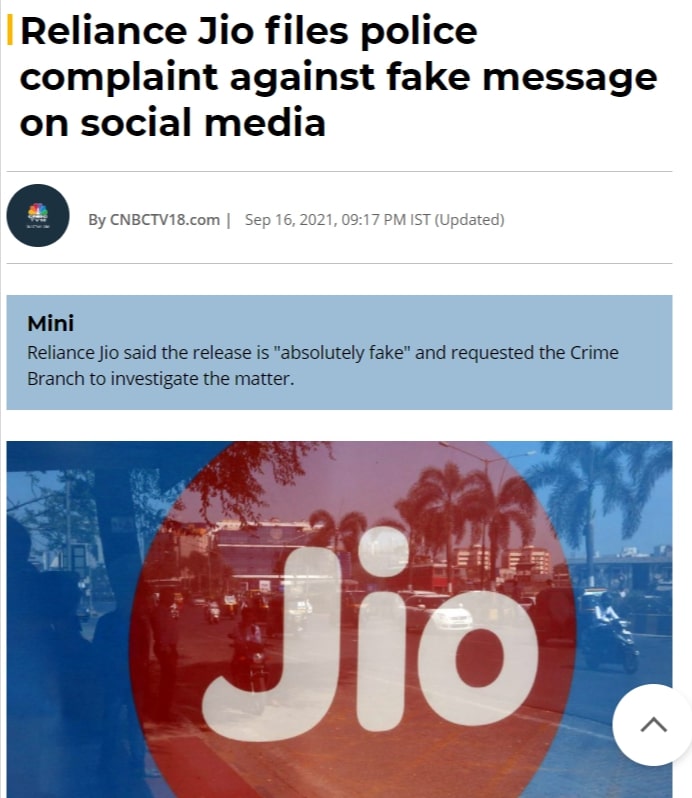 According to the report, Reliance Jio has filed a complaint with the Mumbai Crime Branch about a fake release being circulated on social media. The report also mentioned that in its complaint to the joint commissioner of the Mumbai Crime Branch, Jio said, “The fake release is being circulated in a WhatsApp media and analyst group by an ‘unknown identity without even giving his number.”

This proves that the viral press release is fake.

We ran a search to check if a corporate entity can acquire banks and found that according to the Banking Regulation Act, 1949, the Reserve Bank of India (RBI) does not allow corporate or industry houses to own or run a bank to date.

We also found a report by RBI dated October 2020. The report was titled, “Report of the Internal Working Group to Review Extant Ownership Guidelines and Corporate Structure for Indian Private Sector Banks.” The report talked about necessary amendments to the Banking Regulations Act, 1949 that would allow large corporates to promote banks.

However, no decision regarding the mentioned recommendation has been taken as of yet.

Hence, from the above information, it is clear that the viral claim is fake.