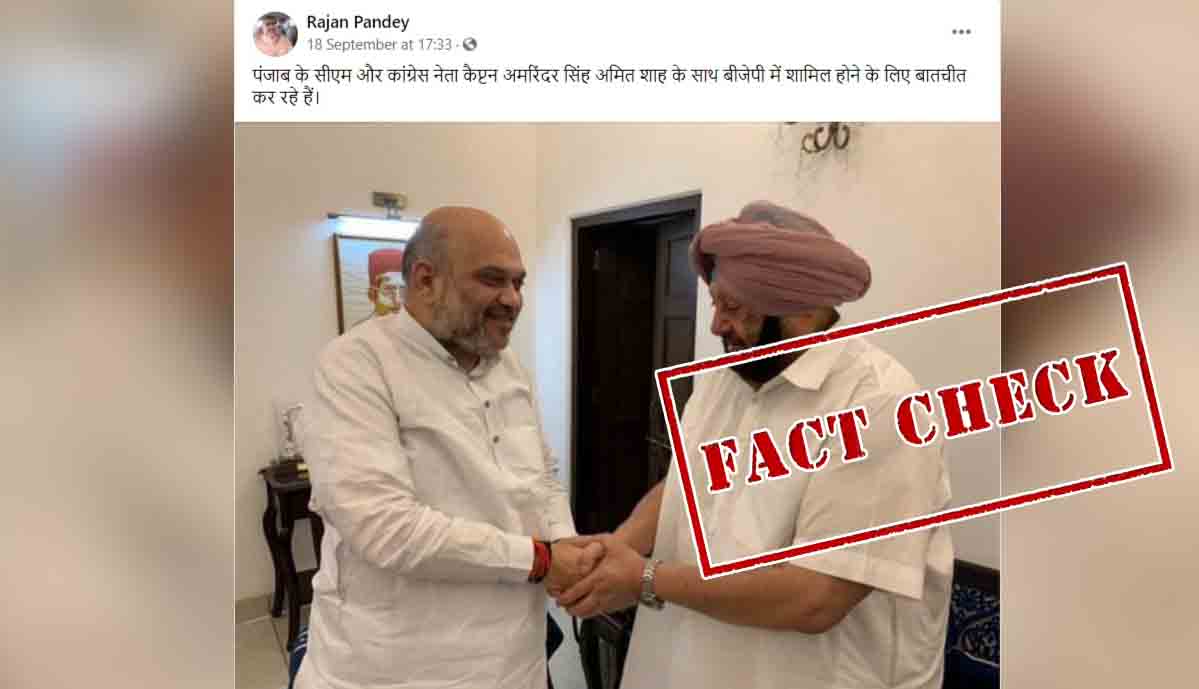 Soon after Captain Amarinder Singh stepped down as the Chief Minister of Punjab, a picture showing him with Home Minister Amit Shah started circulating on social media. 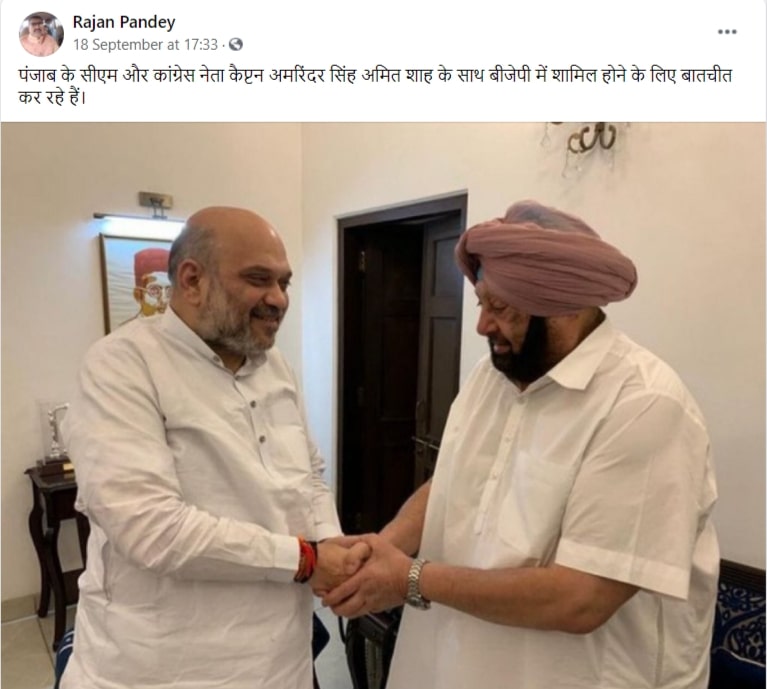 NewsMobile fact-checked the post and found the claim to be misleading.
We put the image through Reverse Image Search and found the same picture in a report by Hindustan Times dated August 11, 2021. 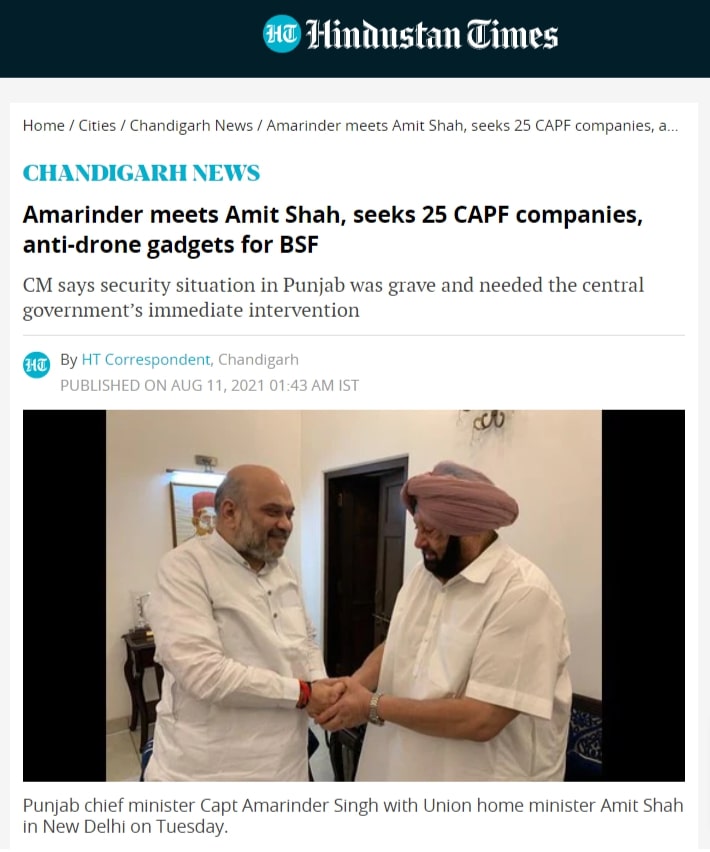 From this, we gathered that the image was taken before Capt Amarinder Singh resigned as Punjab CM.

Taking a cue from this, we ran another search and found the same image in a tweet by newswire ANI, dated June 27, 2019. “Delhi: Chief Minister of Punjab, Captain Amarinder Singh met Union Home Minister Amit Shah today,” the tweet read. 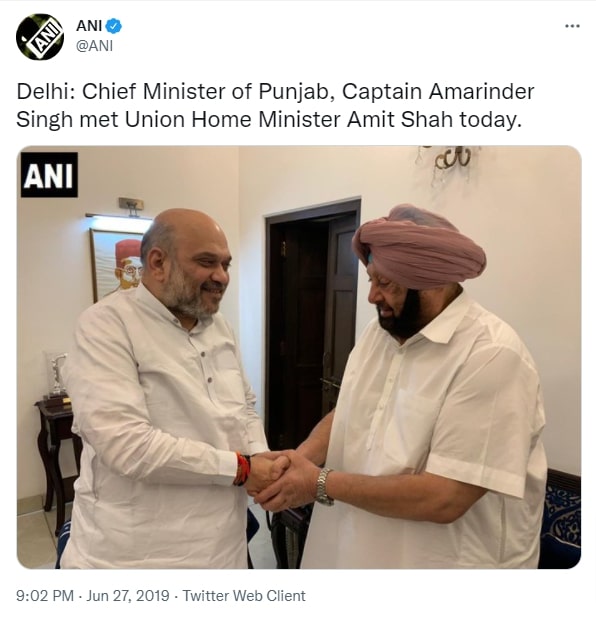 The same image was also shared on the official Twitter account of Capt Amarinder Singh on June 27, 2019, with the caption, “Called on Home Minister @AmitShah Ji to take up with @pid_gov the issue of constructing an overbridge on Ravi for #KartarpurCorridor. My demand for a National Drugs Policy has highlighted the issue & @HMOIndia is working on a detailed & coordinated strategy for Punjab & J&K.” 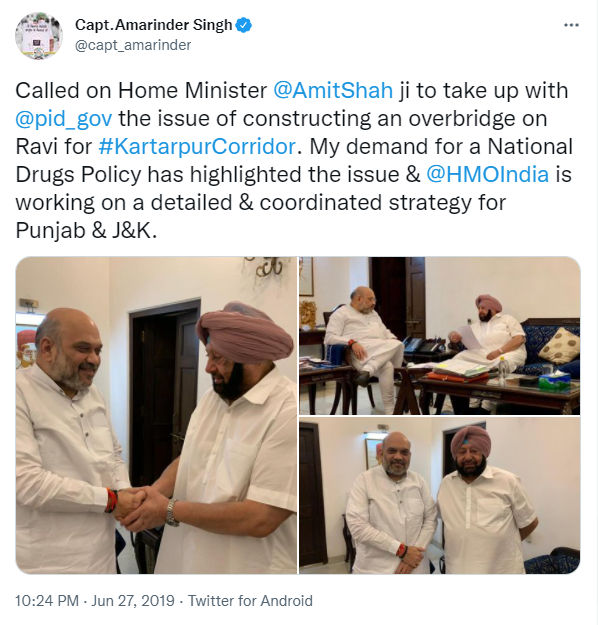 Moreover, we also looked for recent media reports regarding him meeting Amit Shah or joining BJP but could not find any official or credible report to support the viral claim.
Hence, from the above fact check, we can conclude that an old image is being shared on social media with a misleading claim.