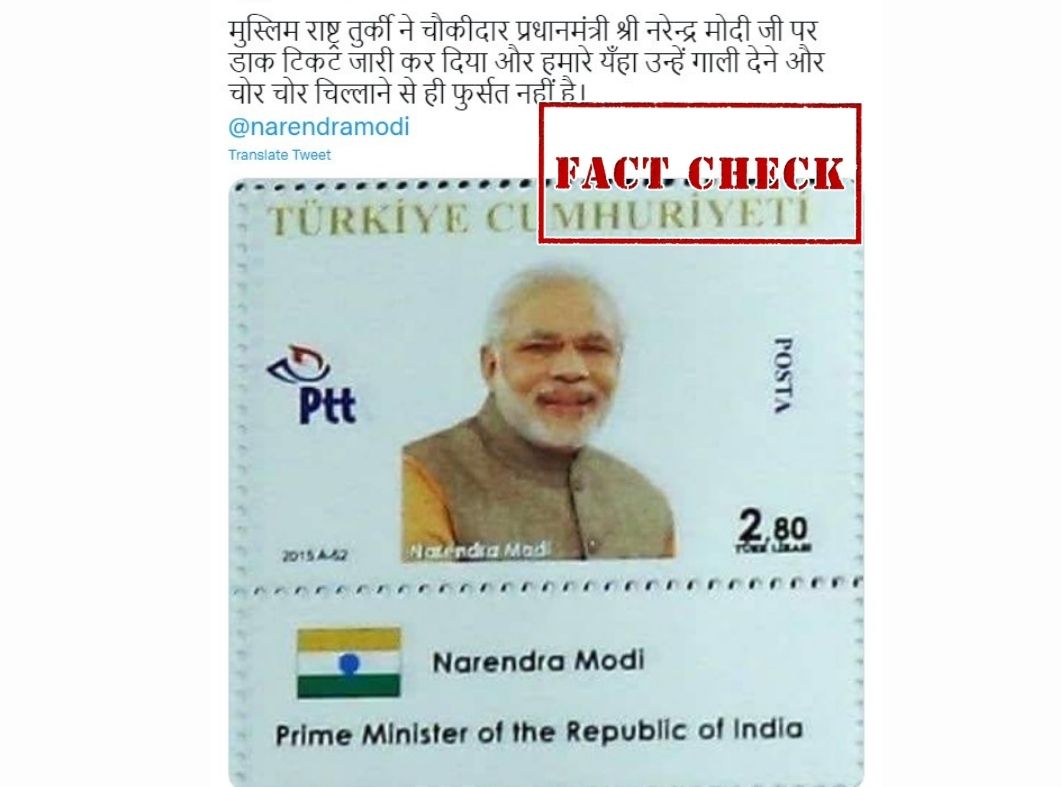 Recently, a postal stamp featuring PM Narendra Modi has surfaced on social media platforms with captions insinuating that the Turkish government issued it in his honour. Several users are sharing the image of a postal stamp following the 71st birthday celebrations of PM Modi on September 17.

A Facebook user shared the image with a caption in Hindi that translates to, “Muslim nation Turkey has issued a postage stamp on Prime Minister Shri Narendra Modi and we have no time to other than abusing him and calling him thieves-thieves.” 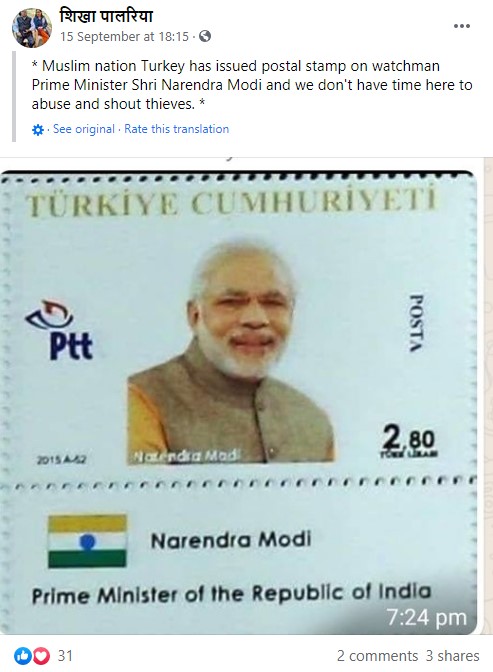 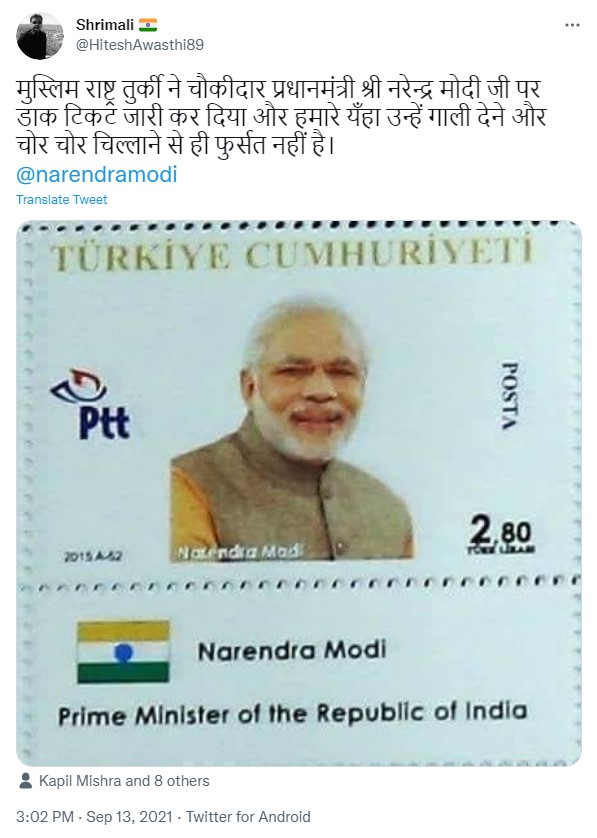 With the help of keyword search, we found a report by Economic Times dated November 18, 2015, stating that a personalized postage stamp featuring Prime Minister Narendra Modi was issued by Turkey to mark the G20 Leaders Summit in 2015. The report further states that the personalized stamp was presented not just to PM Modi, but personalized stamps were made for all 33 leaders who had attended the summit. 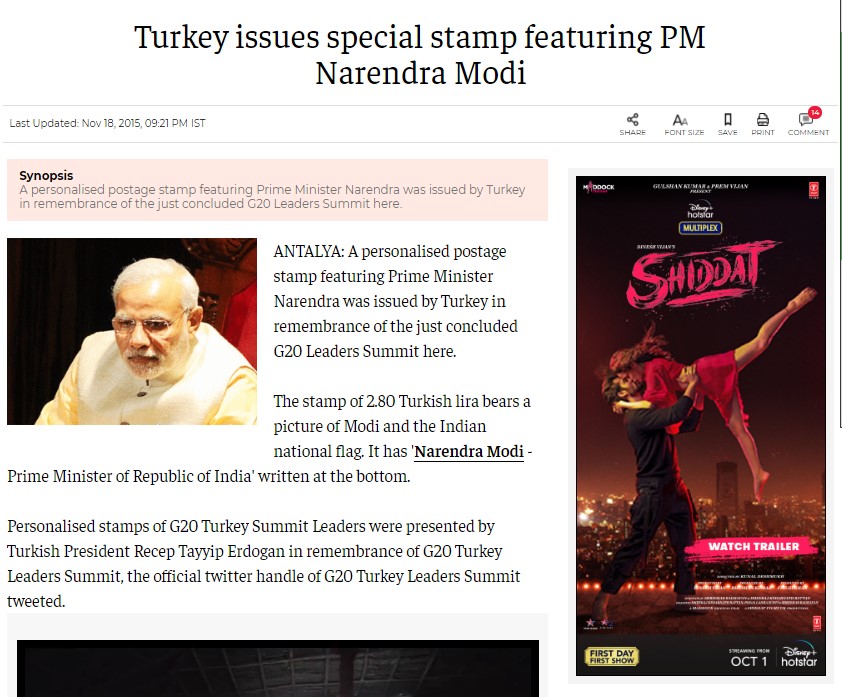 The official handle of G20 Turkey had also posted an image of the special edition stamp collection.

President Erdoğan presented a special edition stamp collection of all the leaders attending the #G20AntalyaSummit https://t.co/3LHjkJHIGs

An article published by Business Today stated, “In all, 33 stamps including of the leaders of the 19 biggest and most powerful economies of the world and the European Union were issued.” 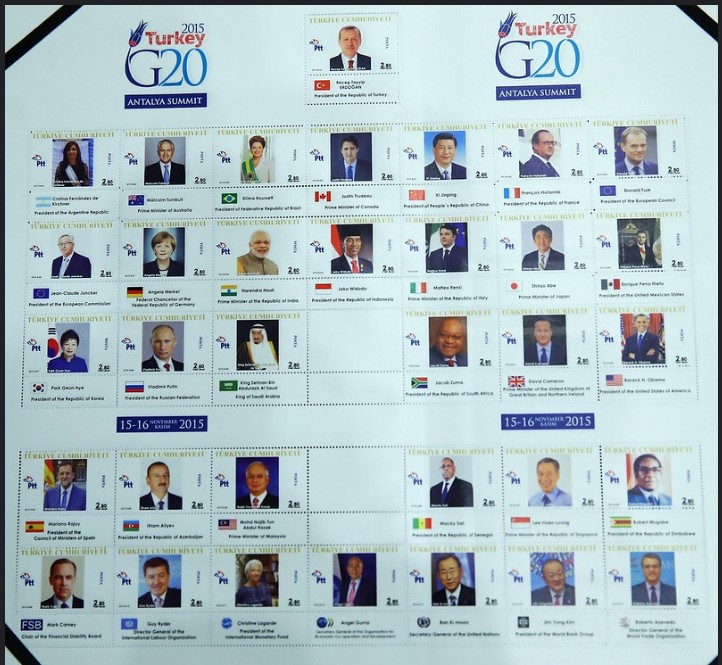 Clearly, the stamp was indeed issued by Turkey but not exclusively for PM Modi as claimed on social media.

Therefore, it can be concluded that the image of the postal stamps is being shared with misleading claims.