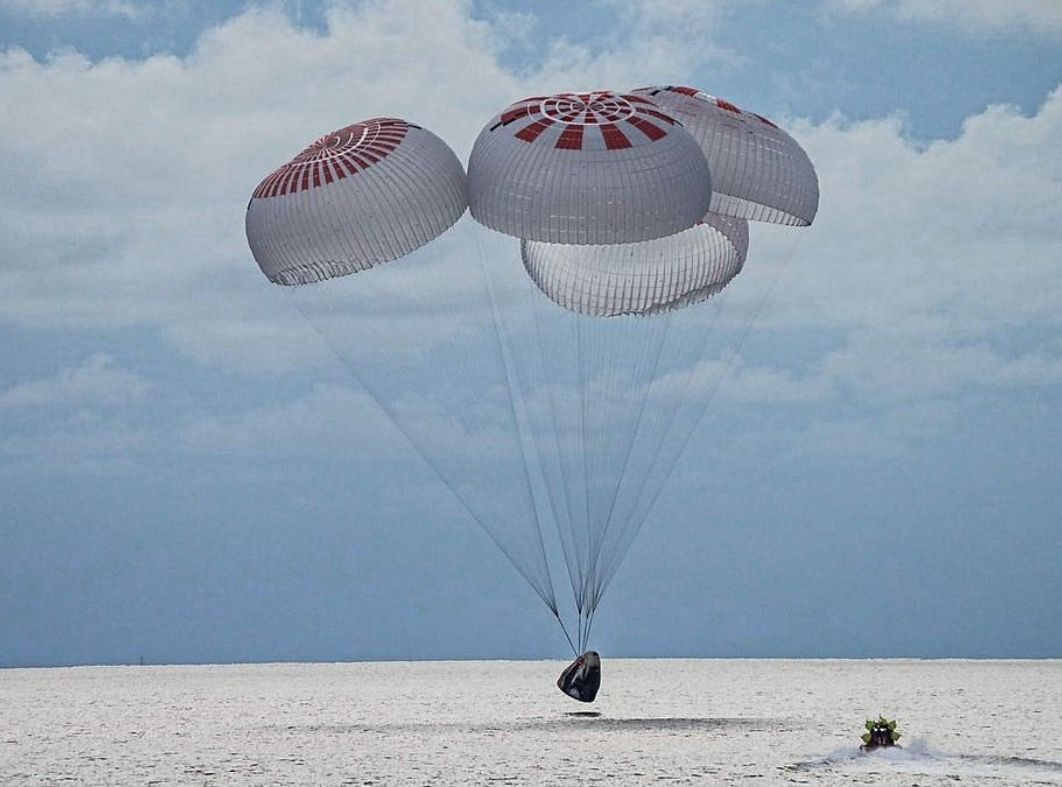 Four SpaceX tourists returned to Earth from a three-day extra-terrestrial excursion on Saturday evening, marking the end of the first-ever flight to Earth’s orbit flown entirely by tourists or otherwise non-astronauts.

After three days on-orbit, Dragon and the @inspiration4x crew will return to Earth today and splash down at ~7:06 p.m. EDT in the Atlantic Ocean off the coast of Florida → https://t.co/bJFjLCzWdK pic.twitter.com/uhfnCNLmLN

“Thanks so much, SpaceX, it was a heck of a ride for us,” billionaire and mission commander Jared Isaacman could be heard saying over the company’s live stream. The tourists were shown watching movies and occasionally heard responding to SpaceX’s mission control inside their fully autonomous spacecraft before it began the nail-biting process of re-entering the Earth’s atmosphere.

During a Netflix documentary about the Inspiration4 mission, SpaceX and its CEO, Elon Musk described a capsule going through reentry as “like a blazing meteor coming in.”
“And so it’s hard not to get vaporized,” he added.

The passengers included the 38-year-old Isaacman, who personally financed and arranged the trip with Musk; Hayley Arceneaux, 29, a childhood cancer survivor and St Jude Children’s Research Hospital physician assistant; Sian Procotor, 51, a geologist and community college teacher with a PhD; and Chris Sembroski, a 42-year-old Lockheed Martin employee and lifelong space fan who claimed his seat through an online raffle.

Though they’re not the first tourists to travel to orbit, their mission, called Inspiration4, was notable because it did not involve a stay at the International Space Station under the tutelage of professional astronauts, as previous missions involving space tourists have. Rather, the four spaceflight novices have spent the past three days free-flying aboard their 13-foot-wide capsule on their own at about a 350-mile altitude — 100 miles higher than where the ISS is, and higher than any human has flown in decades, reported CNN.

A formation of jets with the Inspiration4 crew members aboard flew by Launch Complex 39A this afternoon.

SpaceX hopes that this mission will be the first of many like it, building up a new line of business for the company in which it uses Crew Dragon to fly commercial missions with tourists or private researchers rather than just professional astronauts, reported CNN. SpaceX already has contracts for five other private missions, as well as at least four additional NASA-contracted missions.