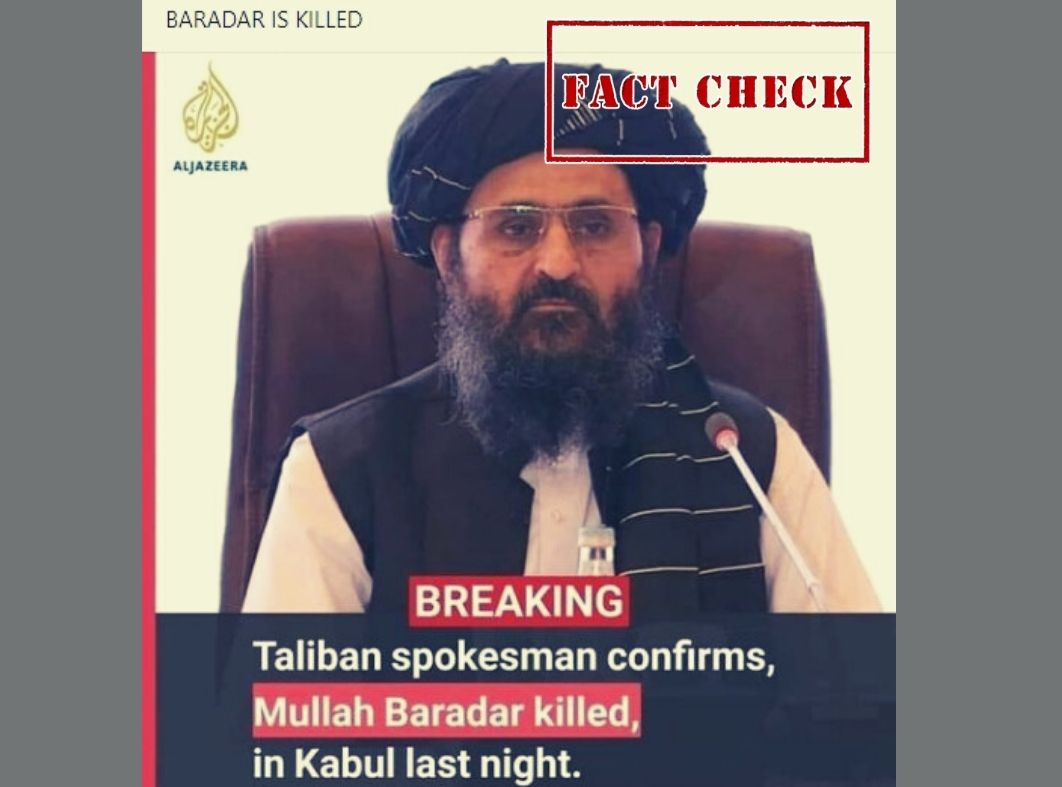 Days after Taliban announced a new government in Afghanistan, an image graphic has surfaced on social media platforms with a claim that the newly appointed Deputy Prime Minister Mullah Abdul Ghani Baradar was killed in Kabul. The viral graphic has the logo of news organization ‘Al Jazeera’.

Baradar is one of the founding members of the Taliban. He was made the acting deputy PM on 7 September when the Taliban announced its interim government.

A Facebook user shared the image with a caption, “BARADAR IS KILLED.” 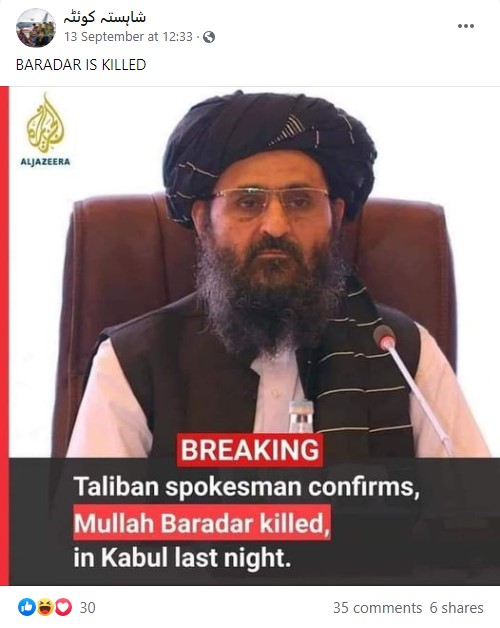 The graphic with the logo of Al Jazeera at the top left corner has text that reads, “Breaking: Taliban spokesman confirms, Mullah Baradar killed, in Kabul last night.” Several users on Facebook have shared the image. 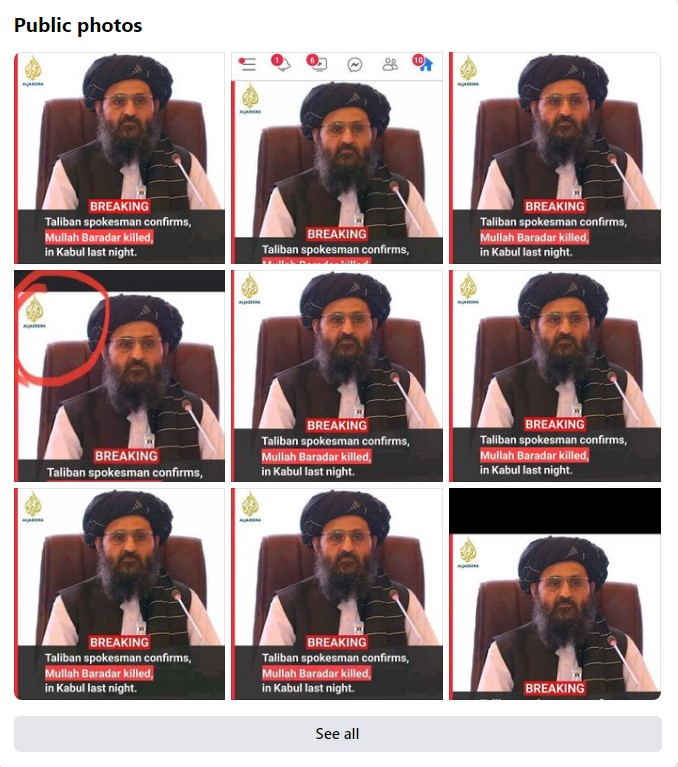 Similar posts can be here, here, and here.

NewsMobile fact-checked the viral post and found it to be fake.

We ran relevant keyword searches on Al Jazeera’s website and Google but did not find any such report published on Baradar’s death by Al Jazeera or any other credible news organization.

On checking further, we found a tweet by Taliban spokesperson Suhail Shaheen dated September 13, 2021, stating that Baradar has released an audio message to inform people that he was alive and well.

Mullah Bradar Akhund, Deputy PM, Islamic Emirate of Afghanistan in a voice message rejected all those claims that he was injured or killed in a clash. He says it is lies and totally baseless.

In another tweet, TOLO news quoted the Taliban spokesperson saying that an audio message was released by Baradar confirming he is alive. “Mullah Abdul Ghani Baradar, deputy prime minister of the Taliban govt, in an audio message confirmed he was alive and said he was not injured. The message, tweeted by Taliban spox Mohammad Naeem, follows reports that Baradar was injured or killed in clashes among the Taliban,” reads the tweet. 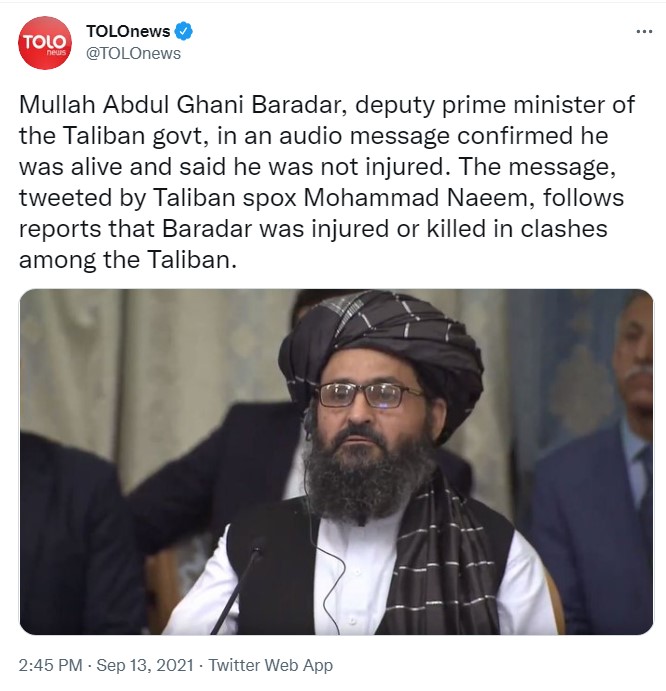 According to a Reuters report, Baradar appeared in a video interview with state TV which was posted on Twitter on Wednesday by the Taliban’s political office in Doha to deny reports that he was hurt in a clash with a rival faction of the Taliban.

Therefore, it can be concluded that viral graphic is fake.