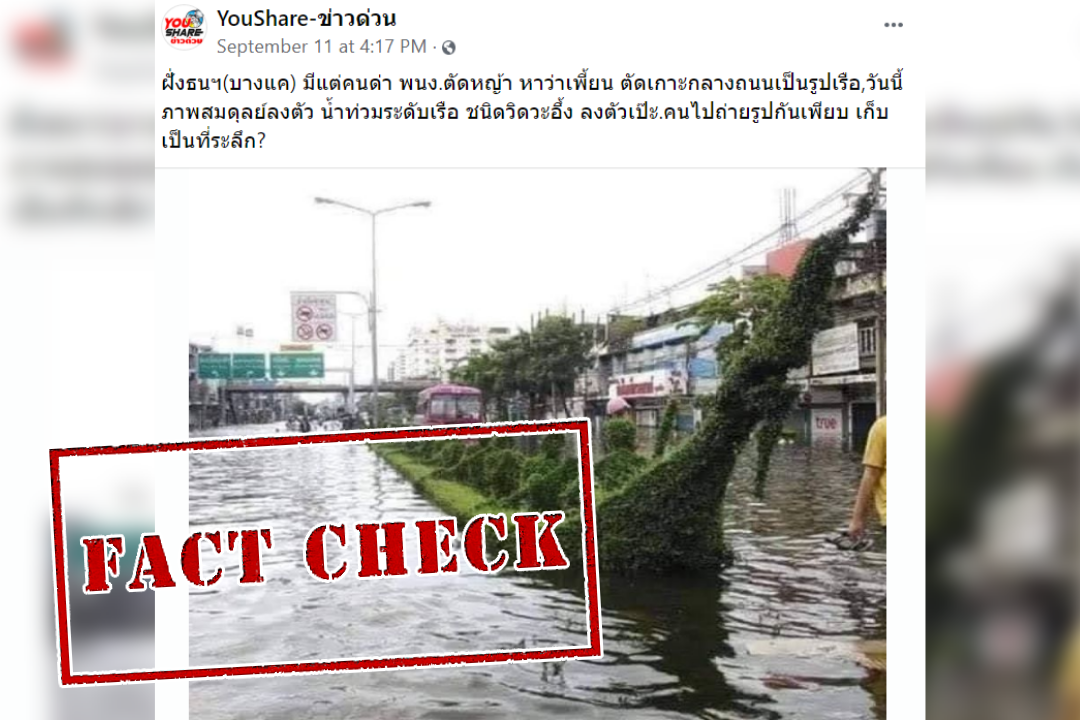 An image of a flooded road is being widely shared on social media with a claim that it is from Bang Khae district in Bangkok. Thailand has witnessed heavy rainfall which has led to flooding in many parts of the country.

The image is being shared on Facebook with a caption in Thai language that translates to, “On the Thonburi side (Bang Khae), there are only people who curse the staff, cut the grass, say it’s wrong, cut the island in the middle of the road into a boat shape, today the picture is perfectly balanced. Boat level flood Kind of stunned Perfect fit. Lots of people take pictures. Keep it as a souvenir?” 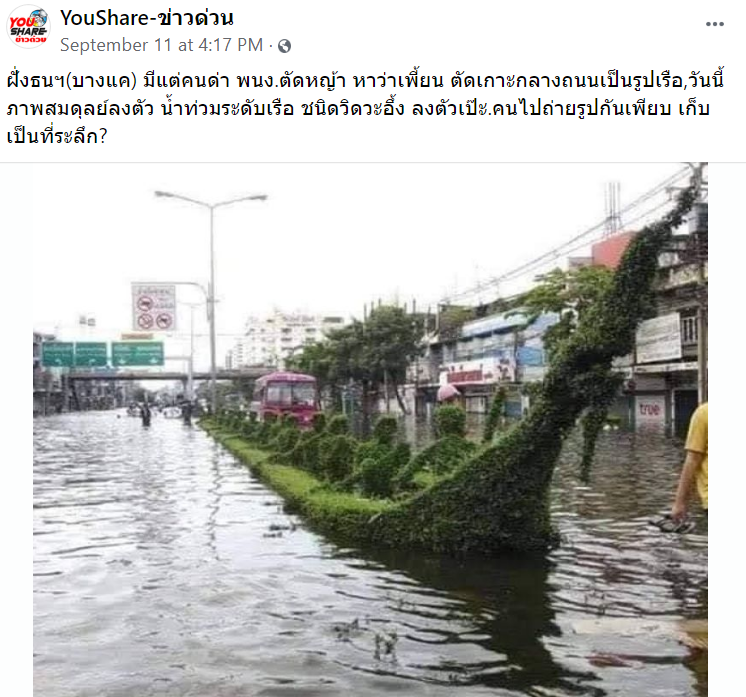 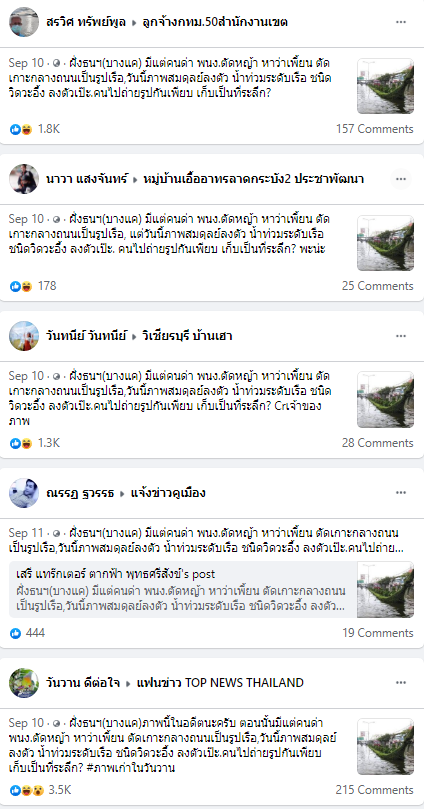 Doing a simple Reverse Image Search directed us to a Thai news website that featured the same viral image on November 2, 2011. The caption of the image read, “I came across this picture on FB, so I asked for permission to share it, which is a picture that fits the flood situation perfectly. It was like knowing in advance that something like this would happen, so I prepared it.” 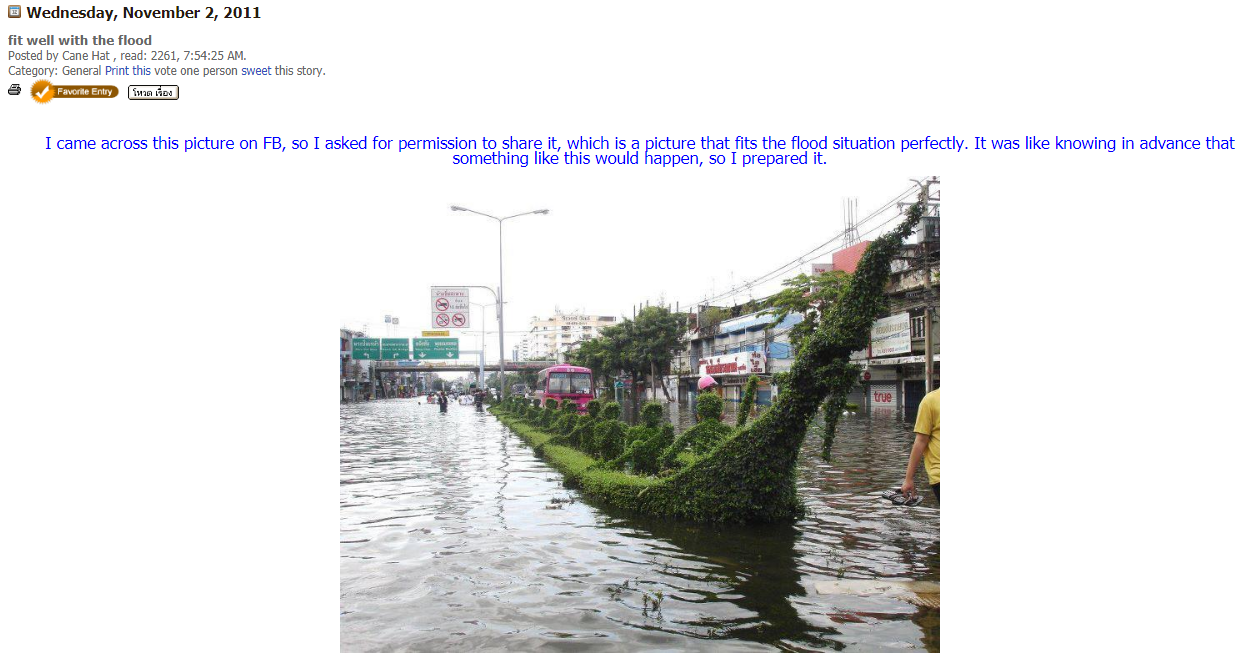 We also found the viral image uploaded on Thai lifestyle magazine on November 9, 2011. The headline reads, “Thai people can laugh at any time! Let’s see. Funny pictures when flooding.” 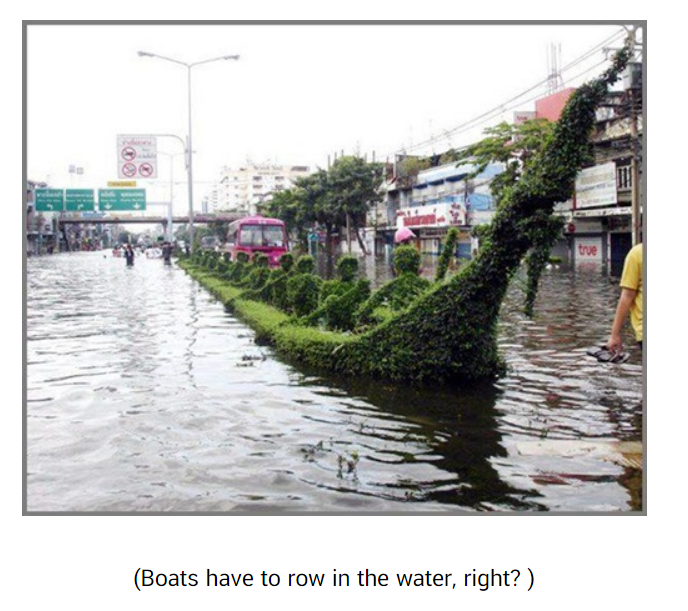 We searched the web and found out that Bangkok, along with 20 provinces were affected by one of the worst floods in decades in November 2011.

Google street view also confirms that the location is of Bang Khae district in Bangkok.

Thus, it is evident from the above information that an old image is being falsely shared as that of recent flooding in Thailand. Therefore, the viral claim is misleading.