Home NM FACT CHECKER Fact Check: No, This Viral Image Of Pothole Riddled Street Is NOT... 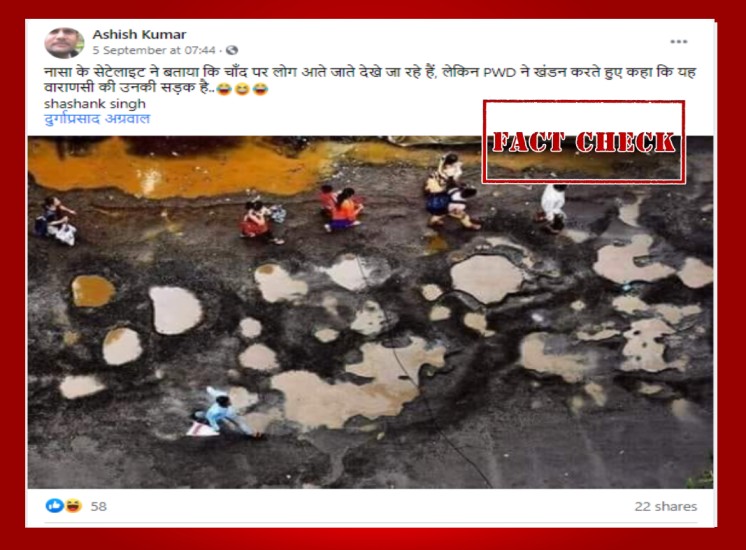 An image of a street with multiple potholes has gone viral on social media with a claim that it is from Varanasi.

(English Translation: NASA’s satellite told that the viral image is of the moon where people are coming and going, but PWD denied the claim and said it is the road of Varanasi.”) 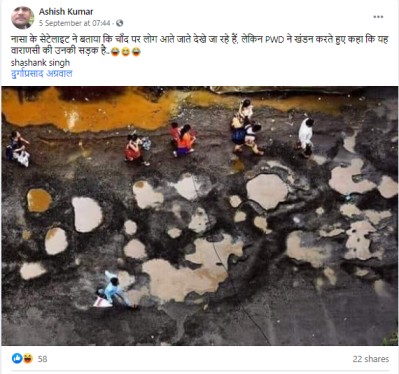 We did a Reverse Image Search and found that the same image was uploaded by The News Minute on October 14, 2017. The report mentioned that the image is from Mumbai. 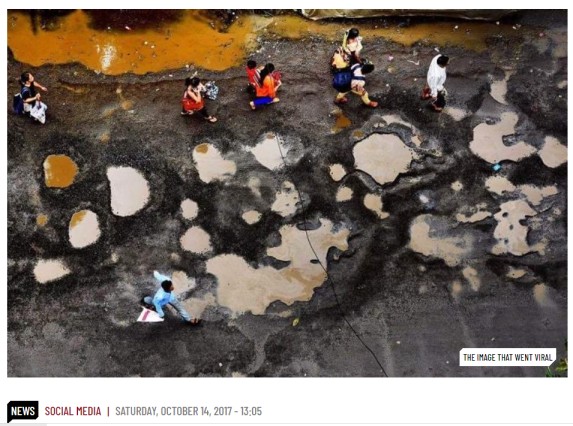 We also found that the same image was uploaded by Outlook on August 7, 2017. The report also suggested that the viral image is from Mumbai. The report mentioned that the image was first published on the city page of the Mumbai edition of The Times of India on July 23, 2017.

We also found the image was shared by a photographer Shanth Kumar on Instagram with a caption that read, “Meteor shower in Sion : A road at Prathiksha nagar speaks volumes of BMC apathy. Few spells of rains have washed away the so-called repair work by the civic body and the motorists are bearing the burnt . The pothole-ridden road makes for a dangerous accident-prone area.” 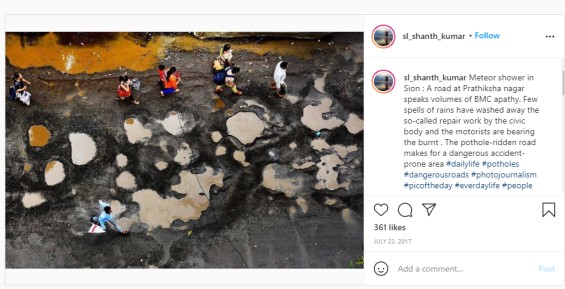 The caption suggested that the image was of potholes in Pratiksha Nagar of Mumbai.

A similar report on Mid-Day, published on June 8, 2017, mentioned that potholes were formed on the streets of Pratiksha Nagar in Mumbai, soon after the rainfall.

NewsMobile also reached out to photographer Shanth Kumar, who confirmed that the image was taken by him in Mumbai in 2017.

Hence, we can ascertain that the viral image of the pothole ridden road is old and from Mumbai and NOT Varanasi. Thus, the viral claim is fake.