Home NM FACT CHECKER Fact Check: No, The Viral Image Does NOT Show Bullet Train In... 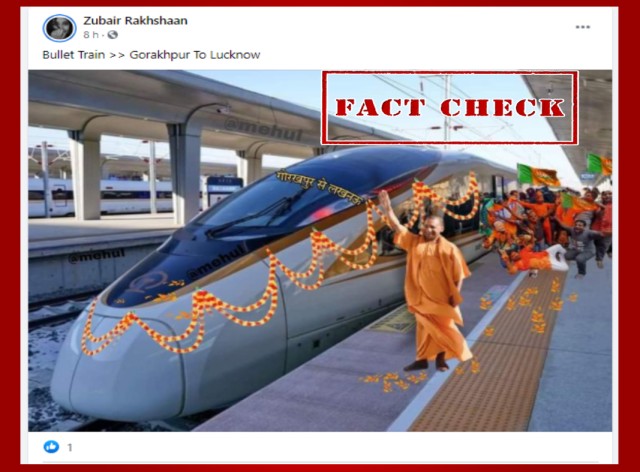 An image of a bullet train has gone viral on social media with a claim that Yogi Adityanath has inaugurated a bullet train between Gorakhpur and Lucknow. 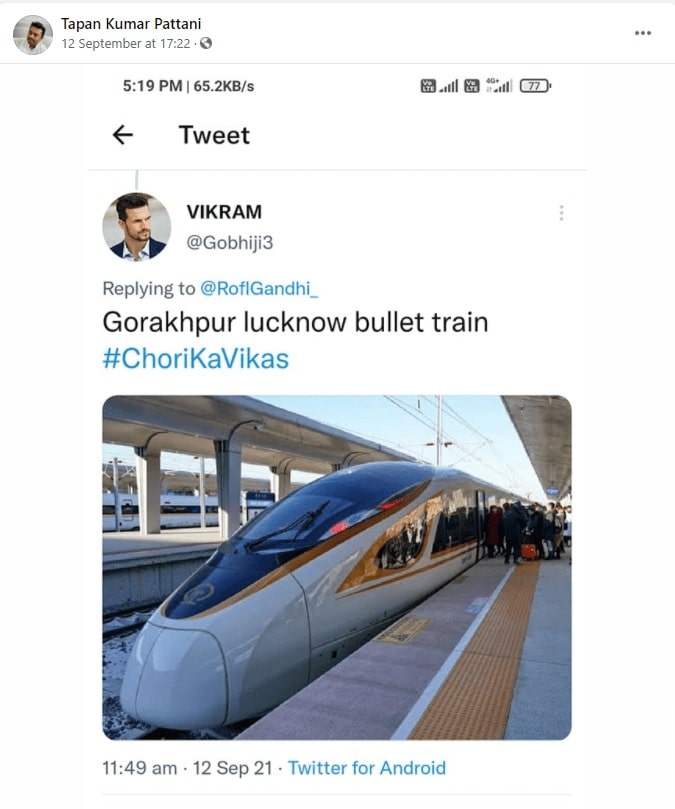 On doing a Google Reverse Image Search we found a similar image was uploaded by News 18 on August 31, 2021. The title associated with the image reads, “Bullet Train To Run Between New Delhi and Ayodhya At 350km/hr Speed.”

The image was published with a caption that read, “The officials of the NHSRC have also marked the area. (Representational Image).” This article speaks about the government’s plan to run the bullet train connecting New Delhi with Varanasi and Prayagraj, but it nowhere mentions that the bullet train has been inaugurated between Gorakhpur and Lucknow. 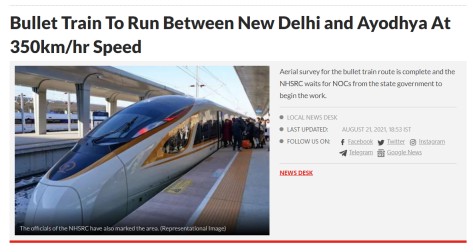 We also found that the original image was uploaded by The Guardian a year ago. The caption associated with the image read, “The new high-speed train that connects Beijing and Zhangjiakou, China. Photograph: Chine Nouvelle/Sipa/Rex.” Hence, the viral image of the train is from China and not from Uttar Pradesh. 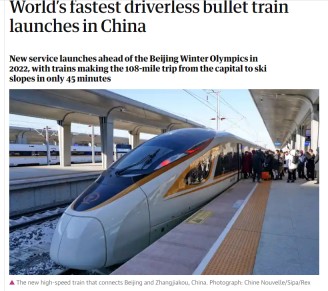 We found many similar images which are altered with images of Uttar Pradesh Chief Minister Yogi Adityanath and BJP supporters in the background with the same claim. Some of the claims can be found here, here and here.

We compared both the images and found that in the original image the train is not decorated with flowers, nor does it have BJP supporters or Yogi Adityanath in it. 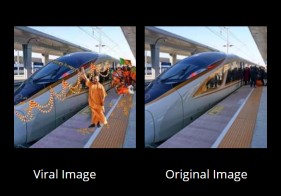 We also found that the viral image of BJP supporters in the background was taken from an image published by The Times of India on May 23, 2019. The title associated with the image read, “BJP workers celebrate as trends favour party in Bengal.” 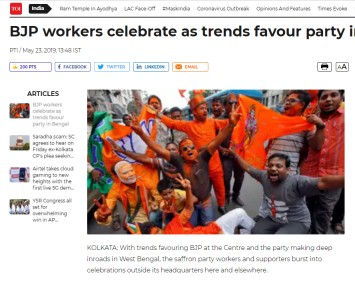 PM Modi Wears A Cap From Uttarakhand And A Traditional Leirum...