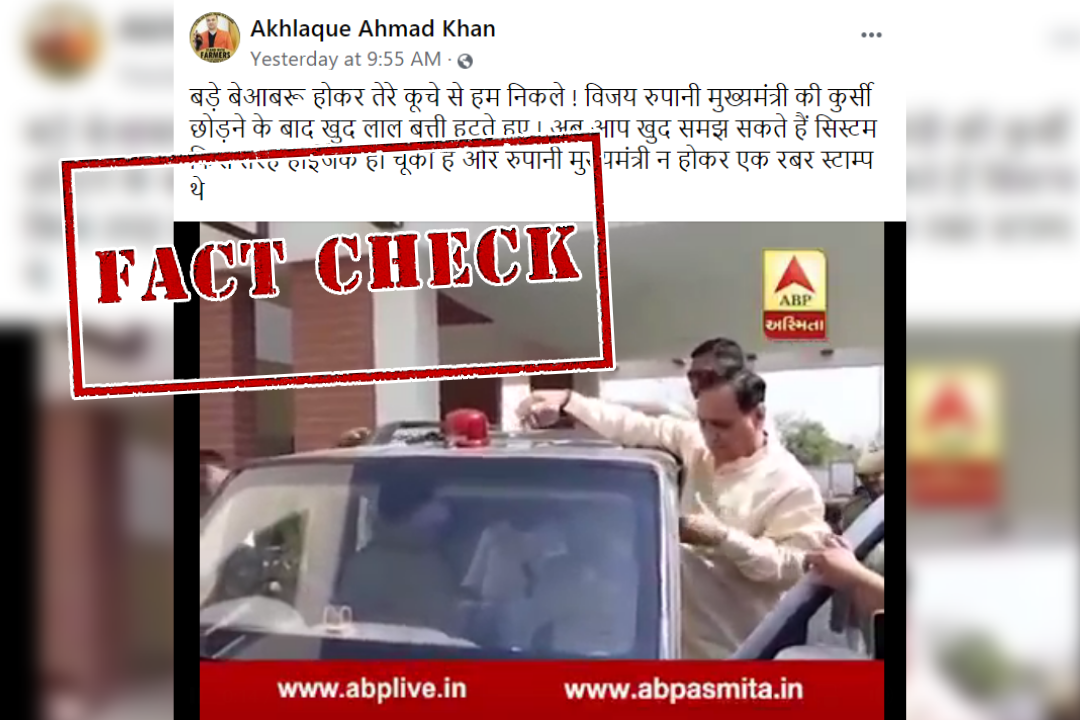 Bhupendra Patel took oath as Chief Minister of Gujarat after Vijay Rupani tendered his resignation on September 11, 2021. In this backdrop, a video is going viral on social media in which Rupani can be seen removing the red beacon on his vehicle. It is being claimed through this video that it shows Rupani’s simplicity as he removed the red beacon from his car after leaving the CM’s chair.

The video is being shared on Facebook with a caption in Hindi that translates to, “We came out of your arms with great helplessness! Vijay Rupani himself removing the red beacon after leaving the chief minister’s chair! Now you yourself can understand how the system has been hijacked and Rupani was a rubber stamp and not the Chief Minister.” 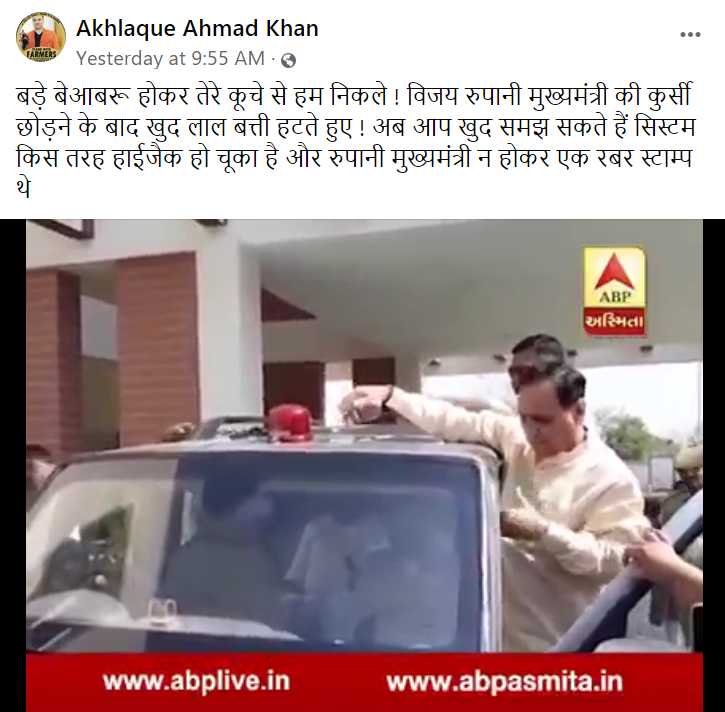 We extracted keyframes from the video and did a Reverse Image Search that led us to a tweet by Vijay Rupani dated April 20, 2017, which carried the same viral video. The tweet text read, “Respecting Modi Govt’s historic decision of ending Lal Batti culture, removed Red Beacon from my car.”

Searching further, we also found a news article published on April 20, 2017, that carried glimpses of the viral video. The article also stated, “Gujarat Chief Minister Vijay Rupani, his cabinet colleagues and senior government officials removed red beacons from their government vehicles. This step has been taken following the cabinet’s decision to remove red beacons from all vehicles including the vehicles of the Prime Minister and the President.” 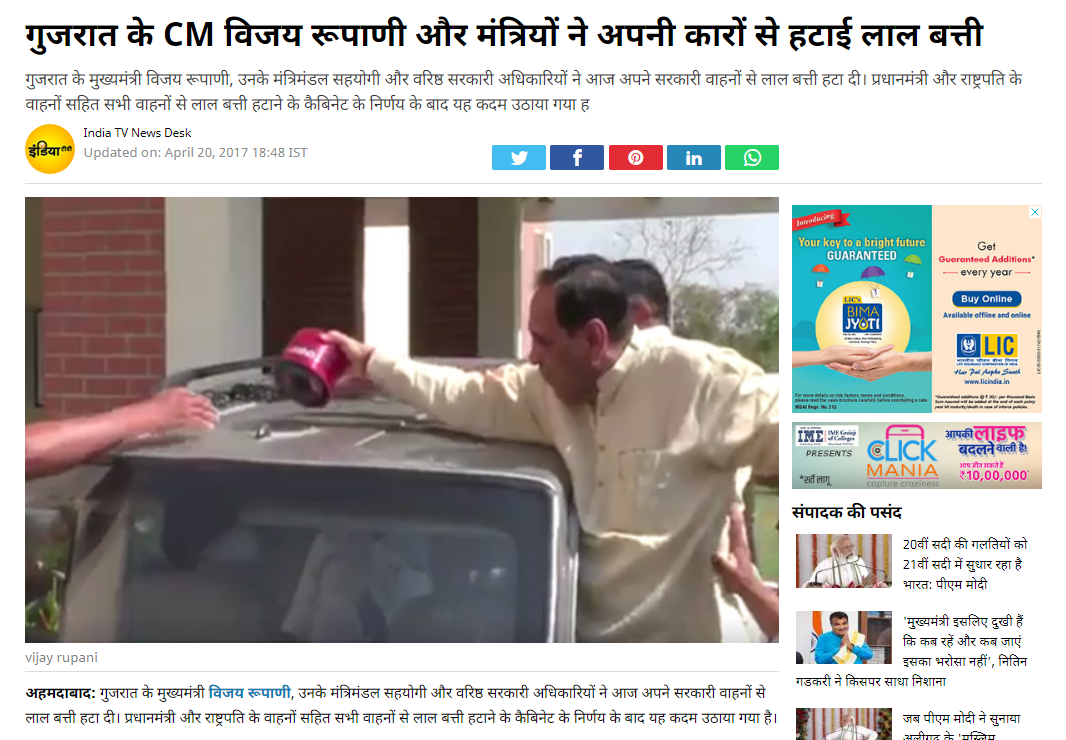 Not just Vijay Rupani, many other ministers had also removed red beacon from their cars in 2017.

We searched for more articles and found out that this decision of the Central government was also welcomed by the Opposition leaders as well.

Thus, it becomes evident that an old video of Vijay Rupani removing the red beacon from his own vehicle is being falsely shared as recent. Therefore, the viral claim is misleading.