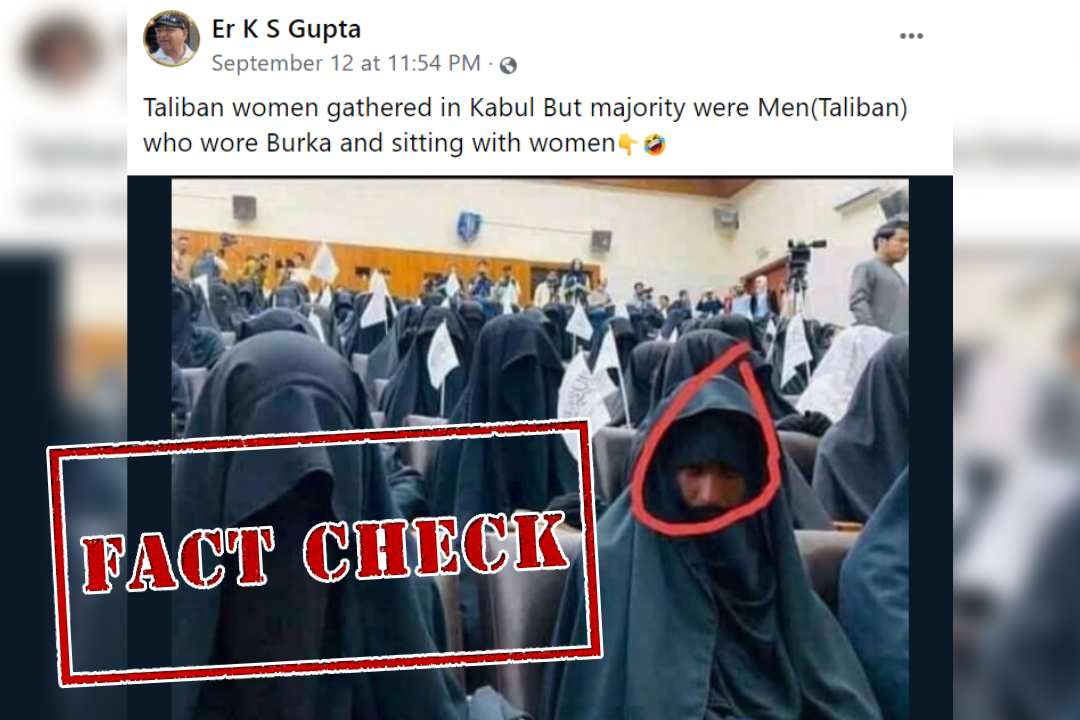 An image purportedly showing a man wearing a burqa in a group of burqa-clad women has gone viral on social media claiming that it shows men are wearing burqas to show support to the Taliban.

Taliban seized power in Afghanistan in August 2021 triggering vociferous protests from women who have been demanding that they be allowed to pursue education and carry on with their jobs.

The image is being shared on Facebook with a caption that reads, “Taliban women gathered in Kabul But the majority were Men (Taliban) who wore Burka and sitting with women.” 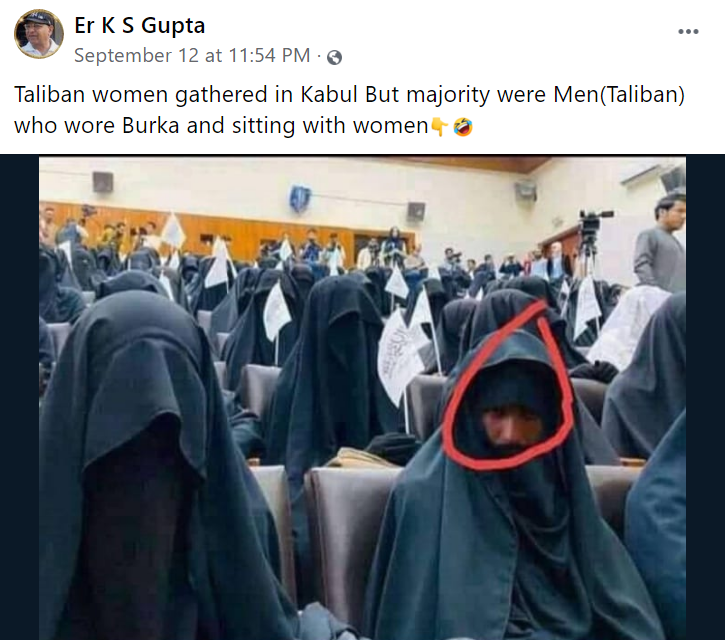 Doing a Reverse Image Search, we found that the image of burqa-clad women sitting in a hall was uploaded on the Twitter handle of the Head of TOLOnews TV Lotfullah Najafizada, on September 11, 2021, with a caption that reads, “Pro-Taliban women gathering in Kabul.”

We could also find the original image published in a news article on September 11, 2021, with a headline that read, “Tens of university students protest in support of Taliban in Kabul.” 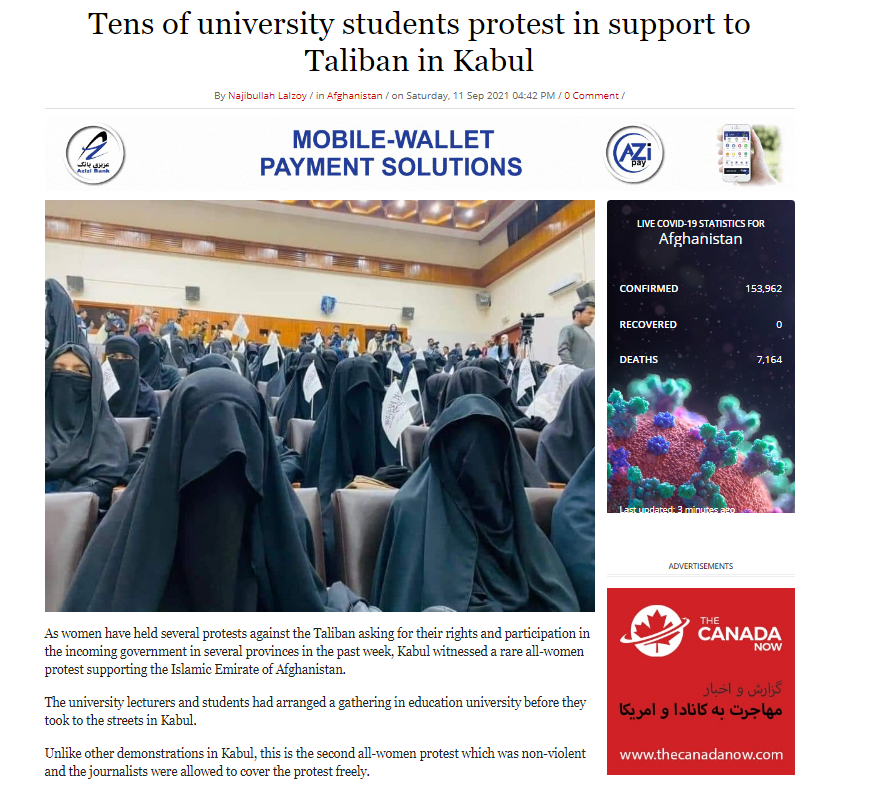 We searched the web and found many similar news reports about pro-Taliban protest rallies. 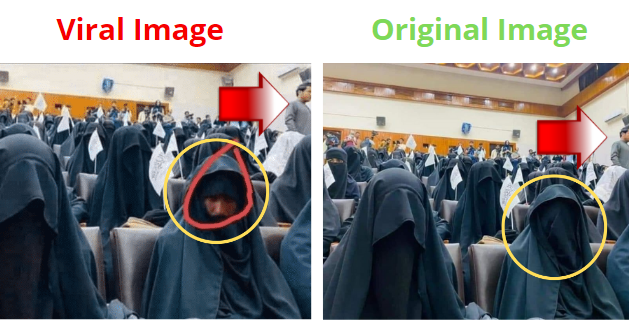 Thus, it becomes evident that an image of women wearing burqas in a pro-Taliban meeting has been morphed claiming that men attended the meeting wearing burqas. Therefore, the viral claim is FALSE.