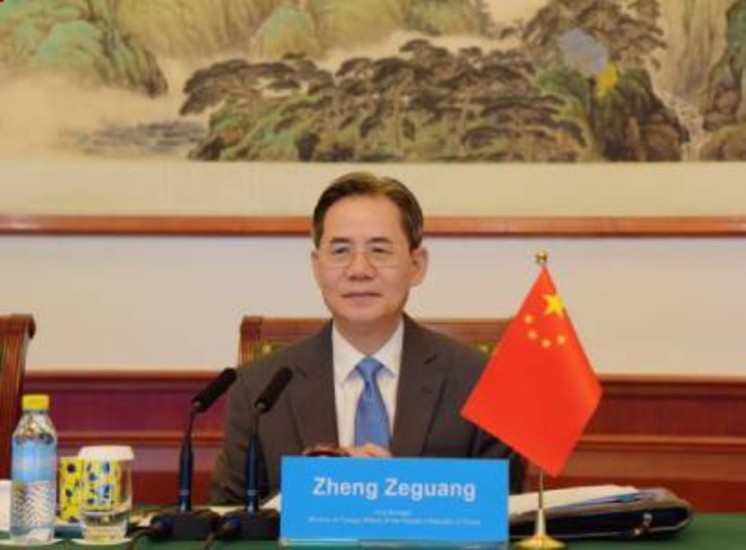 Chinese new ambassador Zheng Zeguang was prevented from a meeting in the UK Parliament on Wednesday after the invitation sparked outrage amongst British lawmakers under sanction by Beijing.

The decision to bar the diplomat, Zheng Zeguang, was issued by the speakers of the House of Commons and the House of Lords after complaints from a group of British lawmakers placed under sanction by China, Washington Post reported. This comes amid heightened tensions between UK and China. Zheng had been expected to attend a summer reception of the All-Party Parliamentary China Group, a group of lawmakers broadly in favour of engagement with Beijing, and the China-Britain Business Council at the Terrace Pavilion at the House of Commons on Wednesday evening.

An email from the group sent Tuesday confirmed that the event would be postponed but that a “replacement event” would be planned at an alternative venue.

“It would have been an insult to Parliament and to the principle of free speech upon which democracies are founded if the official representative of a regime which had just banned Parliamentarians from entering Chinese territory because they had stood up in the House of Commons to call out China’s appalling human rights abuses was allowed to set foot in the Mother of Parliaments which cherishes those freedoms,” the three lawmakers wrote.

The Chinese Embassy in London condemned what it called the “despicable and cowardly action of certain individuals of the UK Parliament.”

Responding to a question if the postponement is related to China’s sanctions on some British parliamentarians, a spokesperson for the embassy said “the sanctions on relevant persons and institutions in Britain announced by the Chinese side in March are beyond reproach.”

China’s sanctions are justified responses to the unilateral sanctions imposed by the British side on relevant Chinese individuals and entities based on disinformation and under the pretext of so-called human rights abuse in Xinjiang, the spokesperson added.

Tit-for-tat sanctions between Britain and China escalated this year after Western powers joined to sanction Chinese officials in Xinjiang for their alleged role in the region’s human rights abuses.