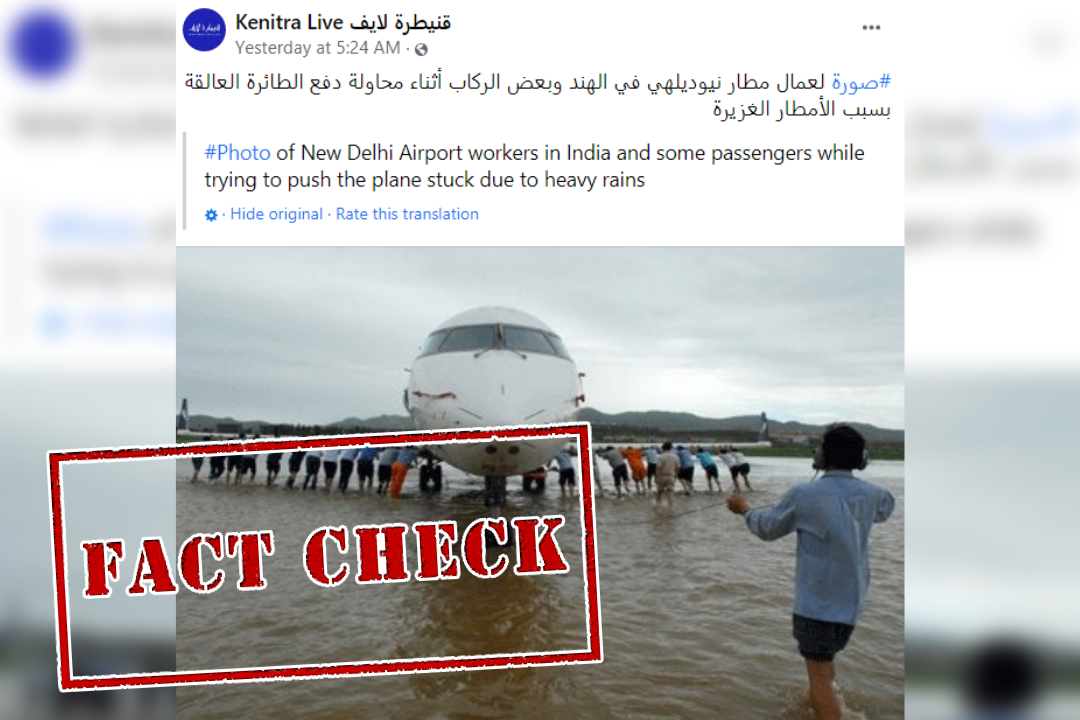 Delhi witnessed heavy rains on September 11, 2021, due to which many parts of the city, including Indira Gandhi International Airport got waterlogged. In this backdrop, an image in which a group of people can be seen pushing an aeroplane has gone viral on social media. It is being claimed that some passengers and airport staff had to push the aircraft due to flooding at IGI Airport.

The image is being shared on Facebook with a caption in Arabic that translates to, “#Photo of New Delhi Airport workers in India and some passengers while trying to push the plane stuck due to heavy rains.” 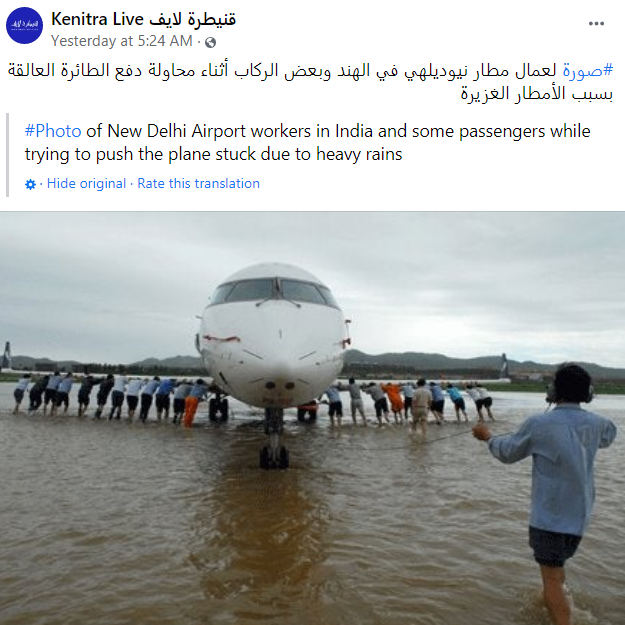 A simple Reverse Image Search directed us to a news article published on August 14, 2007, carrying the same viral image. The report stated, “The runway at Yantai Airport in China’s Shandong Province suffered surface flooding of up to 50cm on 12 August, which led to airport workers attempting to push a Shandong Airlines Bombardier CRJ200LR regional jet to safety.” 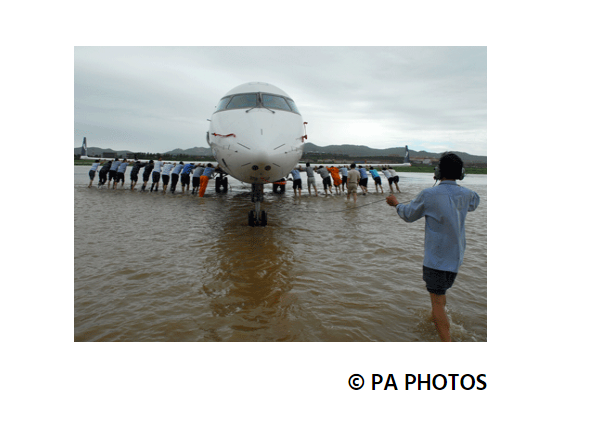 Searching further, we found the same image uploaded on a Chinese news outlet stating that due to heavy flooding at Yantai airport’s runway, passengers were asked to push the aircraft out of the pool of water. The report was published on August 14, 2007.

The image description reads, “Early in the morning of the 12th, the international airport in Yantai City, Shandong Province, was hit by the largest flood since its opening. Airport officials were forced to take measures, such as manually moving planes left behind in a submerged tarmac.” 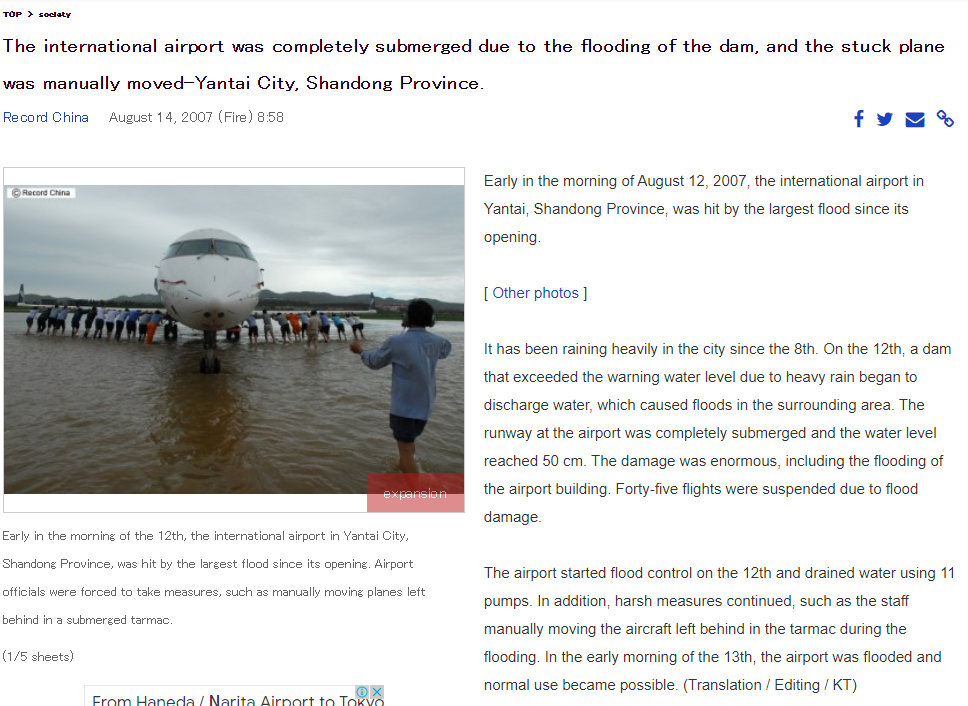 Check other articles here and here.

We searched the web and found out many visuals of waterlogging in Delhi and IGI Airport as well on September 11, 2021.

Thus, it becomes evident that although Delhi witnessed heavy rainfall which led to waterlogging in many parts of the city and the IGI airport, this viral image is old and not related to Delhi rains. Therefore, the viral claim is misleading.