Home NM FACT CHECKER Fact Check: No, The Man In The Video Criticising Rahul Gandhi Is... 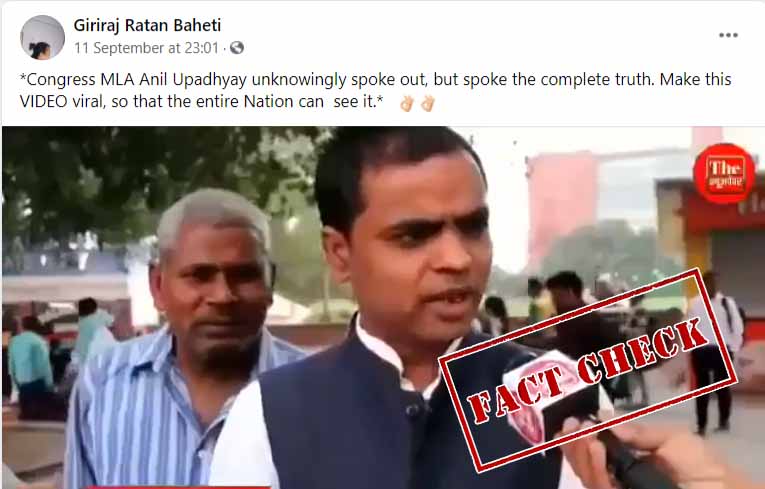 A video where a man is criticising the Congress party and party leader Rahul Gandhi is being shared on social media with a claim that the man seen in the video is Congress MLA Anil Upadhyay.

“Congress MLA Anil Upadhyay unknowingly spoke out, but spoke the complete truth. Make this VIDEO viral, so that the entire Nation can see it,” the Facebook caption read. 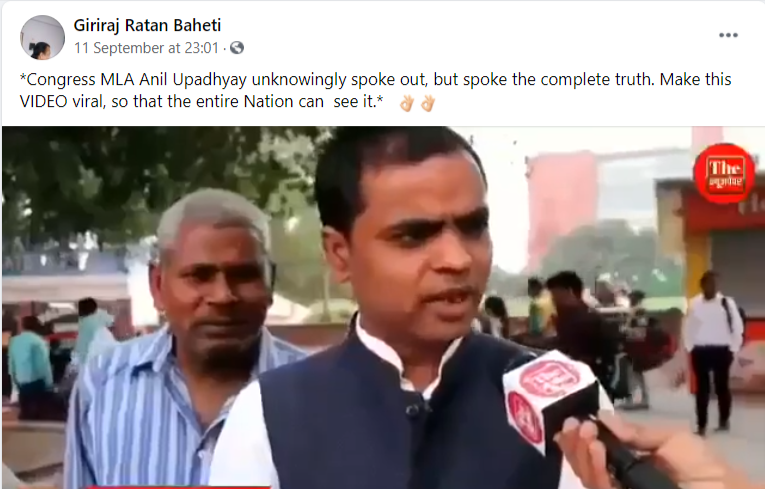 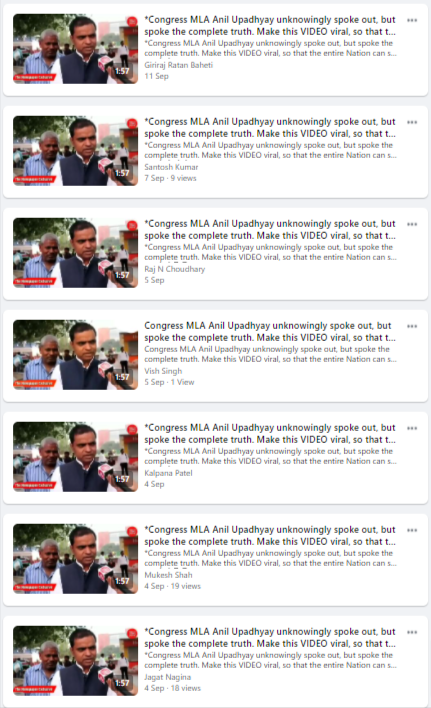 NewsMobile Fact checked the post and found the claim to be false.

Since the video had the logo of ‘The Newspaper’, we ran a keyword search and found it on their YouTube Channel. The video was uploaded on Mar 5, 2020, with a Hindi title that translates to, “What did the professor say on Rahul Gandhi that people lifted him on their lap? Delhi.”

However, nowhere in the report, it is mentioned that the man is a Congress leader.

Based on the above video, we ran another keyword search along with the cropped picture of the man and found another video by ‘The NewsPaper’ with the title, “Sanjay Raut Expossed Again, Professor Vinay Singh | Varsha Raut | Udhhav Thacheray | ED.”

Another video, which was uploaded in March 2021, also identified him as Professor Vinay Singh.

We searched and found that Professor Vinay Singh is a local Delhi politician who contested 2020 Delhi Assembly Elections from Patparganj on a Janshakti Party (Rashtriya) ticket.

A scan of the My Neta database of the same name shows two results – a BSP leader from Jodhpur who contested the 2018 Rajasthan elections besides an Independent candidate from Lucknow who contested the Uttar Pradesh assembly elections twice – in 2007 and 2012.

Earlier, NewsMobile had debunked several different videos that were also circulated in the name of Anil Upadhyay. The links can be seen here, here, here and here.
Hence, from the above information, it is clear the video is being shared with a false claim.