Home NM FACT CHECKER Fact Check: Does This Image Show Bhagat Singh Being Whipped By The... 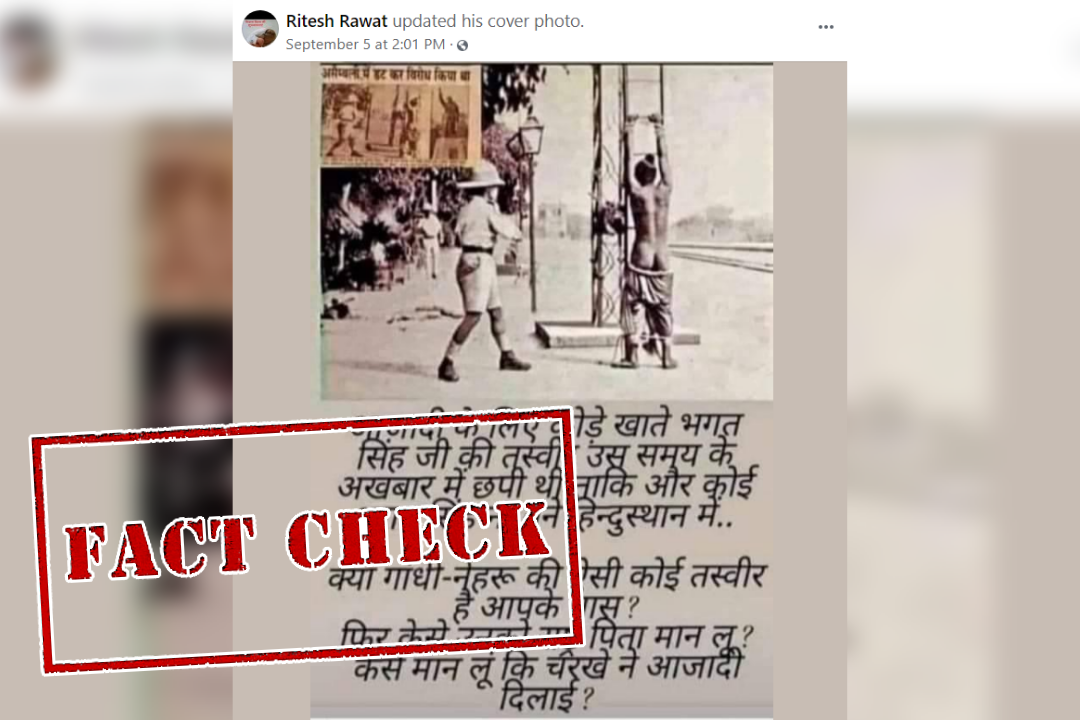 An image in which a man can be seen with his hands tied and a police officer near him has gone viral on social media claiming that it shows freedom fighter Bhagat Singh being whipped by the British.

The text embedded on the image translates to, “The picture of Bhagat Singh Ji being flogged for freedom was printed in the newspaper of that time so that no one else becomes Bhagat Singh in Hindustan. Do you have any such picture of Gandhi-Nehru? Then how can I consider him the father of the nation? How can I believe that the spinning wheel brought freedom?” 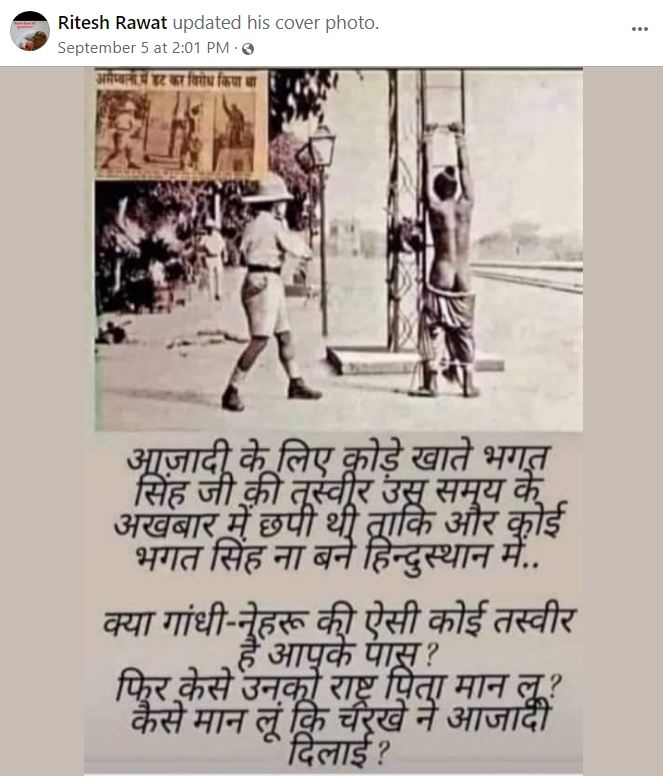 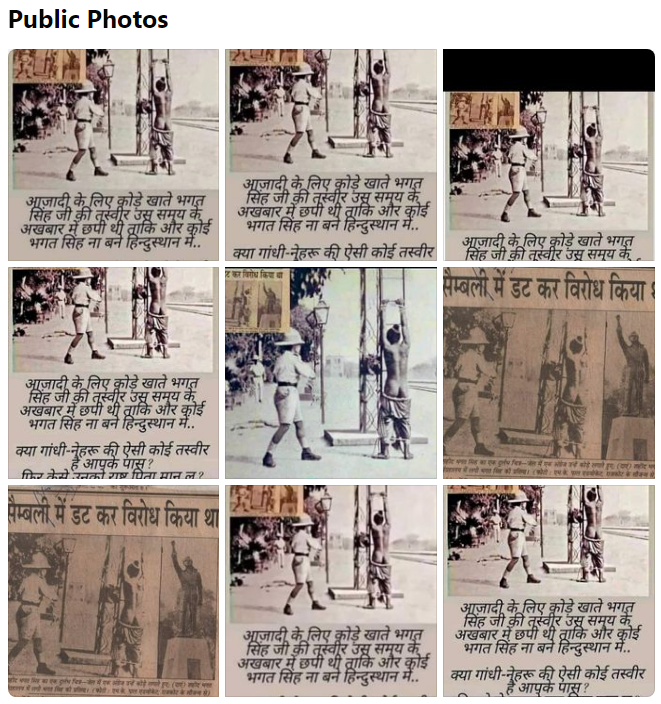 A Reverse Image Search directed us to an article published on April 17, 2019, that carried the viral image. The article was about the Jallianwala massacre and there was no mention of Bhagat Singh anywhere in this article. On 13 April 1919, General Dyer had ordered British troops to open fire on innocent people present at Jallianwala Bagh in Amritsar. 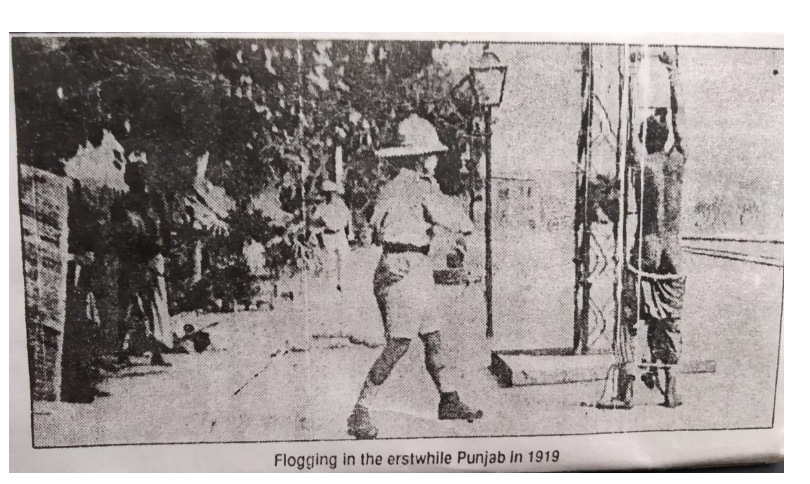 A similar image was also found in an article published on April 4, 2019. The article stated that in the wake of the Amritsar massacre of 1919, a person was flogged. But there was no mention of Bhagat Singh in this article as well. This article mentioned Kim Wagner’s book which he wrote about Jallianwala Bagh massacre. Kim Wagner, who is a historian, had said in his book that the massacre was the first step towards the fall of the British Raj. 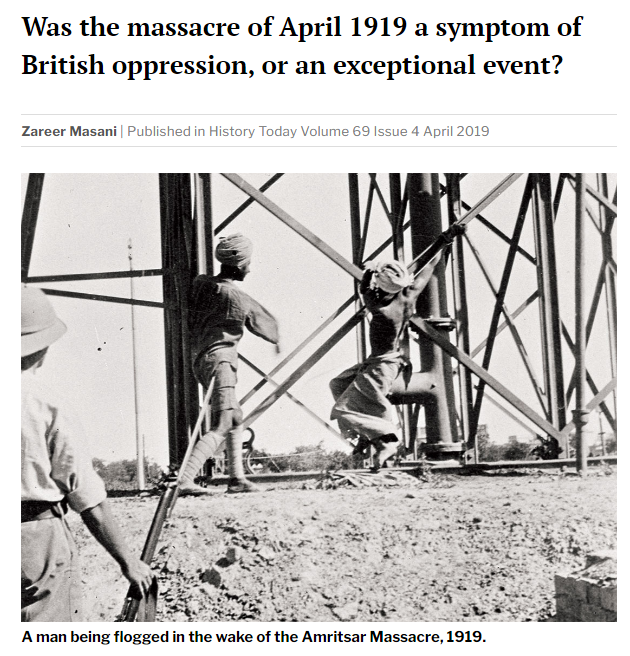 We then searched Kim Wagner on social media and found out that he had uploaded the same image on his Twitter handle on May 22, 2018. The tweet text reads, “Here are two of the photographs of public floggings at Kasur, in Punjab, that were smuggled out of India and published by Benjamin Horniman in 1920 #AmritsarMassacre.” Here also there was no mention of Bhagat Singh.

Here are two of the photographs of public floggings at Kasur, in Punjab, that were smuggled out of India and published by Benjamin Horniman in 1920 #AmritsarMassacre pic.twitter.com/qoUZOPypsY

Searching further, we found the same image was tweeted by an Indian Historian, Manan Ahmed, on February 10, 2019. The tweet talked about British Terror in India in 1920.

Though we couldn’t confirm the identity of the man in the viral image, it is evident that the person was being whipped by the British Police was not Bhagat Singh. Therefore, the viral claim is FALSE.