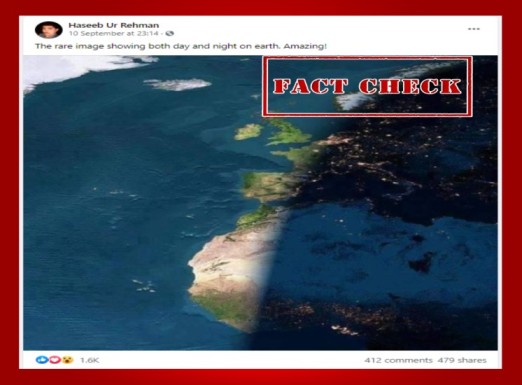 An image has gone viral on social media claiming that it shows a ‘rare phenomenon when both night and day occurs at the same time’.

The image is being shared with a caption that reads, “The rare image showing both day and night on earth. Amazing!” 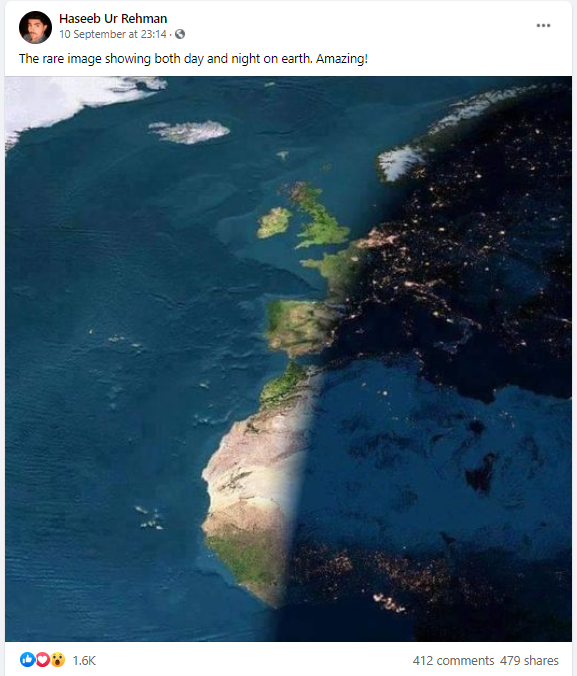 NewsMobile did a fact-check and found the claim to be fake.
We did a Google Reverse Image Search and found that the same image was shared on Flickr on January 19, 2006, with a caption: “This photo is absolutely beautiful. It is historic too, as this is the last mission for columbia. The photograph attached was taken by the crew on board the Columbia during its last mission, on a cloudless day. The picture is of Europe and Africa when the sun is setting. Half of the picture is in night. The bright dots you see are the cities lights. The top part of Africa is the Sahara desert. Note that the lights are already on in Holland, Paris, and Barcelona, and that’s it’s still daylight in Dublin, London, Lisbon, and Madrid. The sun is still shining on the Strait of Gibraltar. The Mediterranean Sea is already in darkness. In the middle of the Atlantic Ocean, you can see the AzoresIslands; below them to the right are the Madeira Islands; a bit below are the Canary Islands; and further south, close to the farthest western point of Africa, are the Cape Verde islands. Note that the Sahara is huge and can be seen clearly both during Daytime and nighttime. To the left, on top, is Greenland, totally frozen. But it is believed that this is a fake image.”
The user had published the image with a disclaimer that reads, “I am not the owner/creator of this image. Uploaded here just to share an email from a friend as I found it interesting. I am not responsible for its being fake/computer generated image etc etc.” 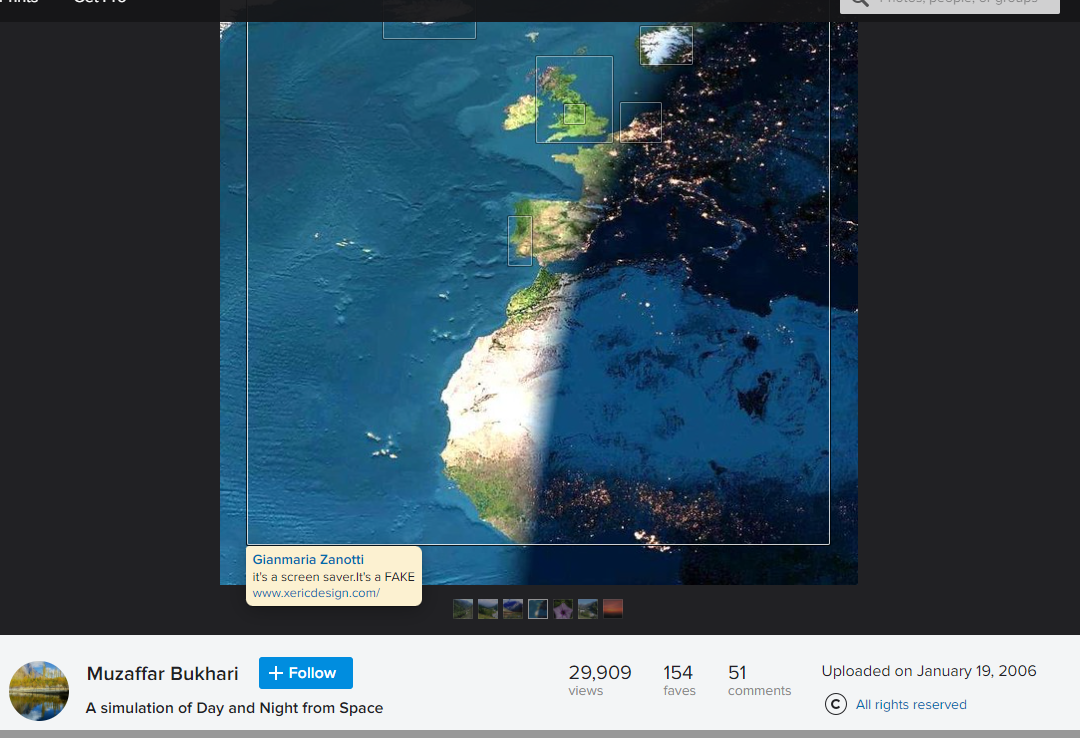 We also saw that another user named Gianmaria Zanotti had tagged the image as fake and added a link: http://www.xericdesign.com/
On clicking the link, we found that the link is of a tool named Xeric Design Earth Desk, which creates screensavers based on real-time data. The description of the app reads, “EarthDesk converts your desktop into a beautiful, real-time image of the Earth from space, continuously updating in the background while you work. Configure the map, sit back, and enjoy the stunning view!” An image shows that there day and night at the same time but it is computerized. The viral image is also similar to the images present on the website. 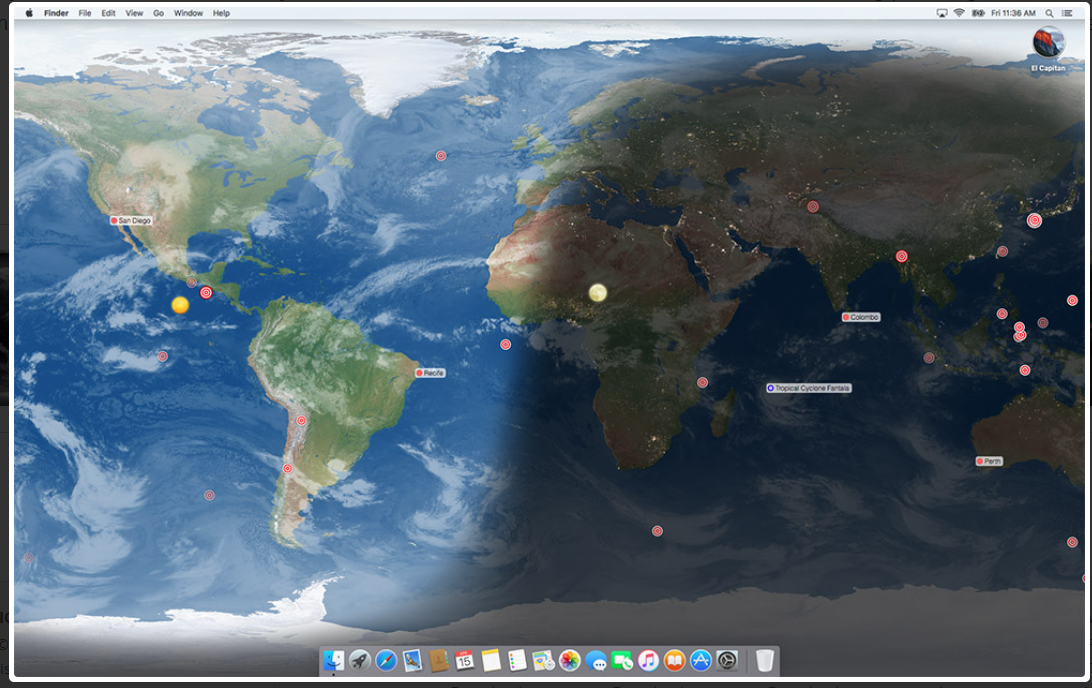 On searching further, we found the same image was uploaded by NASA Earth Observatory on March 25, 2003, with the title that read, “How on Earth was this image made?”
The report mentioned that “The image was generated by the Earth and Moon Viewer, a Web-based tool that produces Earth imagery from several perspectives. The Earth daylit and night time images were developed by The Living Earth.” 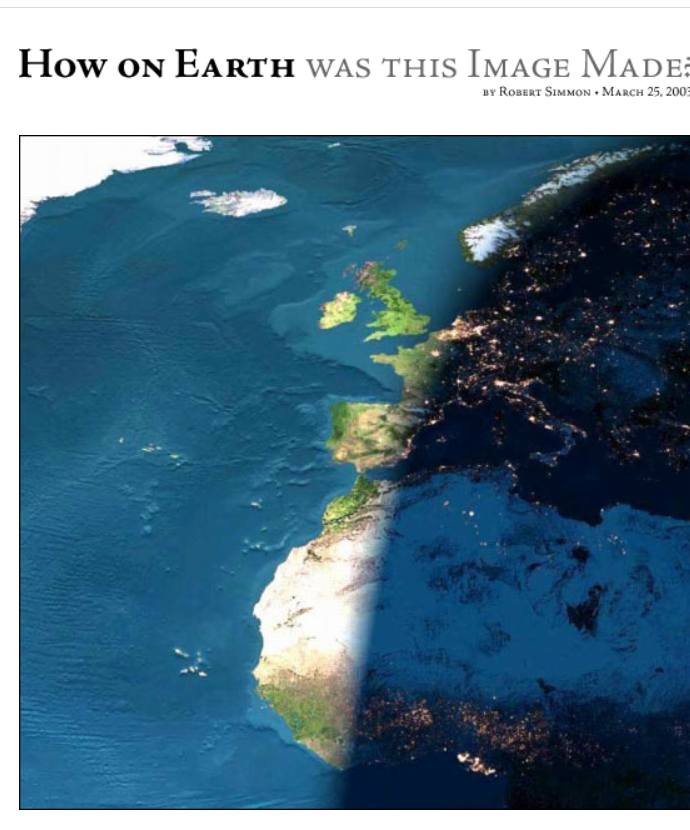 Hence, based on the above information, we can ascertain that the viral image is computerised depiction and not a real picture.