Home Coronavirus Fact Check Fact Check: No, This Video Does NOT Show French Farmers Protesting Against... 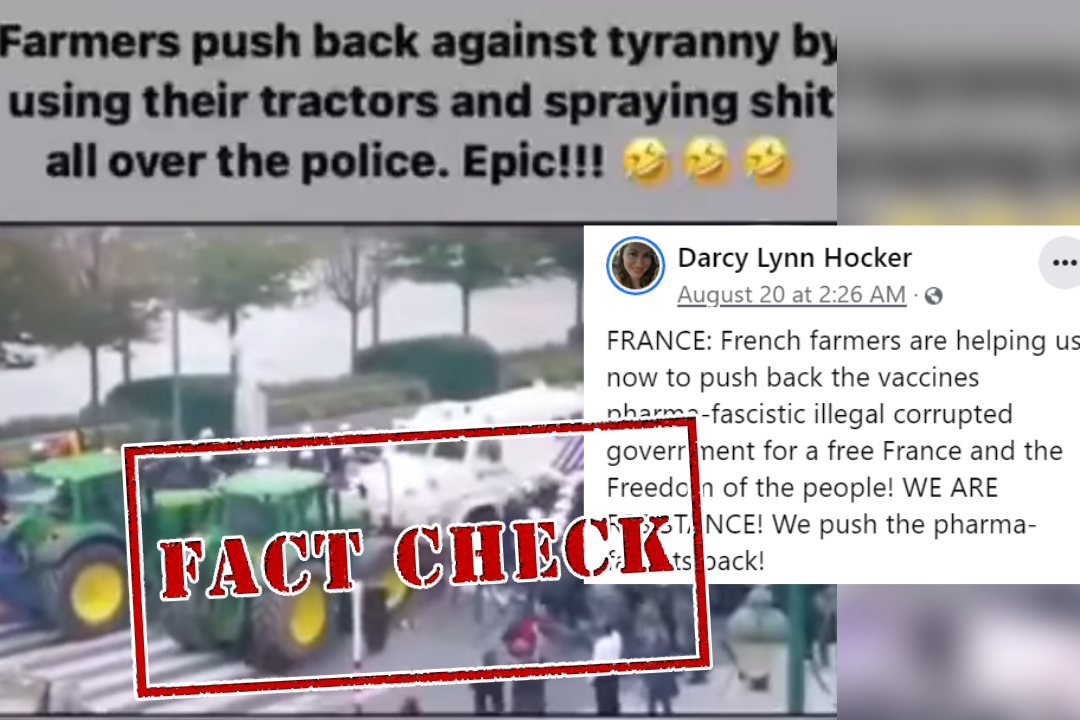 A video with embedded text is being widely shared on social media with a claim that it shows farmers in France protesting against government policies regarding COVID-19 vaccination. In the video, farmers can be seen using tractors to bolster their agitation.

The text embedded in the video reads, “Farmers push back against tyranny by using their tractors and spraying sh*t all over the police. Epic”

The video is being shared on Facebook with a caption that reads, “FRANCE: French farmers are helping us now to push back the vaccines pharma-fascistic illegal corrupted government for a free France and the Freedom of the people! WE ARE RESISTANT! We push the pharma-fascists back!” 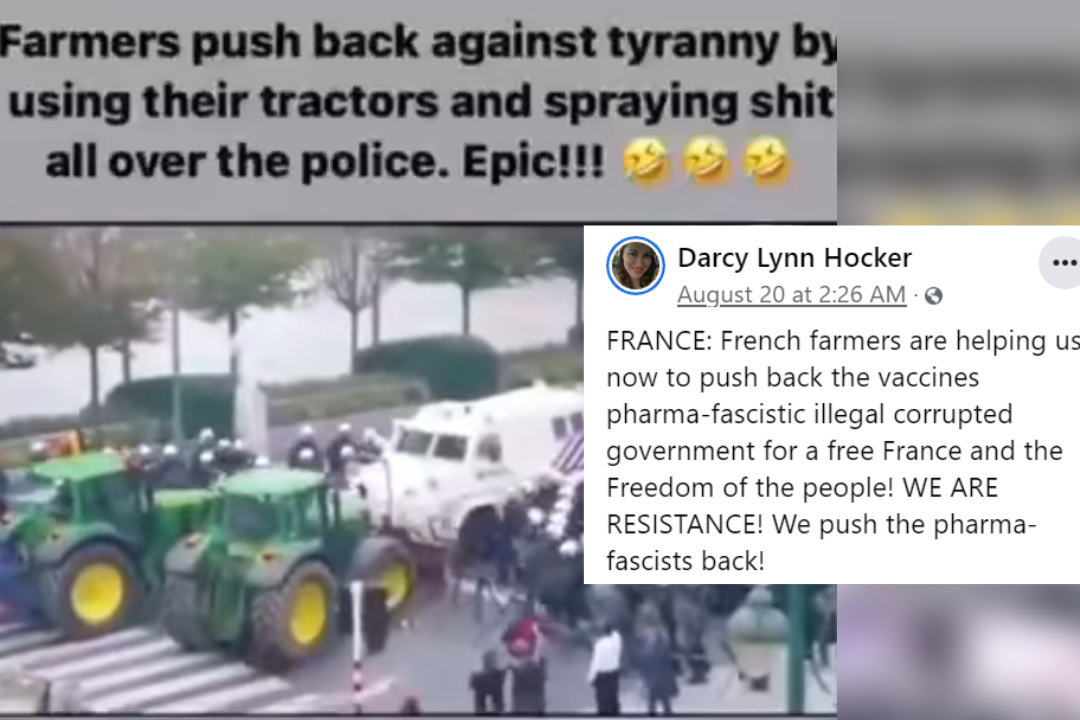 Upon carefully examining the video, we realized that it is made up of three different videos. We then proceeded to check all the videos separately.

In this video, tractors can be seen pushing back a police vehicle. Extracting keyframes from the video, we did a Reverse Image Search and found its longer version uploaded on Twitter on September 7, 2015. The tweet text translated to, “A friend has given us this video to corrspnsles Brussels about the demonstration of farmers today in the capital EU.”

Searching further, we found a news article by The Daily Mail that carried screenshots of the viral video stating that farmers in Brussels protested with regard to food prices. The article was published on September 7, 2015. The article also included another similar video that showed the same protest held in Brussels in 2015. 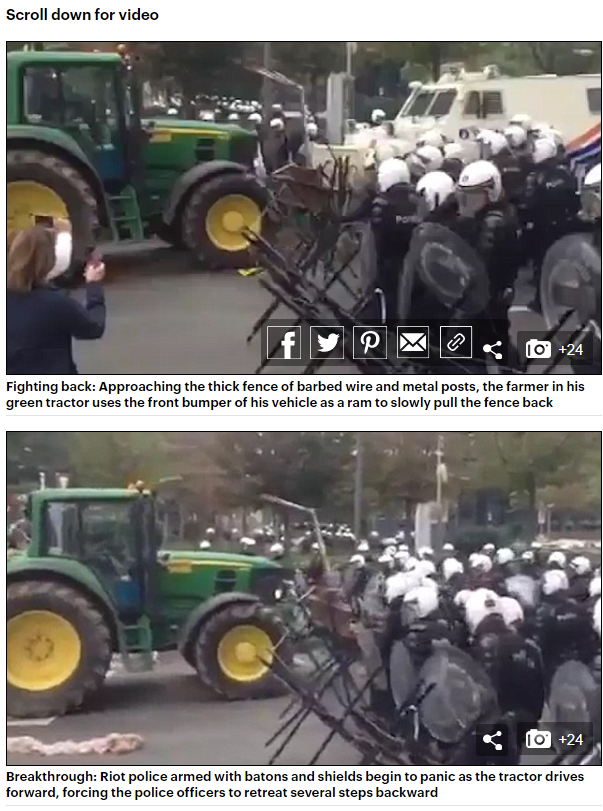 In the second video, a tractor can be seen spraying debris at police personnel. Extracting keyframes from the video, we did a Reverse Image Search and found its the longer version on the YouTube channel of Associated Press. At 27 seconds mark, the viral video can be seen. The video was uploaded on September 7, 2015, with a caption that read, “Protesting farmers used a tractor to spray straw at police during confrontations at a demonstration in Brussels to demand EU action to counter slumping prices.”

In the third video, tractors can be seen moving down a street. Extracting keyframes from the video, we did a Reverse Image Search and found its longer version on YouTube uploaded on May 11, 2021. The video description translated to, “Tractors drive honking past Bøndenes hus in Oslo in.”

Looking closely at the video, we found the Google Street View of Oslo’s Schweigaards gate which can also be seen in the viral video. Searching the web with the “#bondeopprøret”, we found out that the protest was not related to COVID-19 Vaccines. According to a news article, Norwegian farmers drove their tractors to Oslo and protested as the government failed to allocate agricultural funding.

Thus, it can be concluded that old and unrelated videos are being falsely shared as farmers in France protesting against government policies regarding COVID-19 vaccination. Therefore, the viral claim is FALSE.