Home NM FACT CHECKER Fact Check: Does This Image Show The Smallest Bird In The World?... 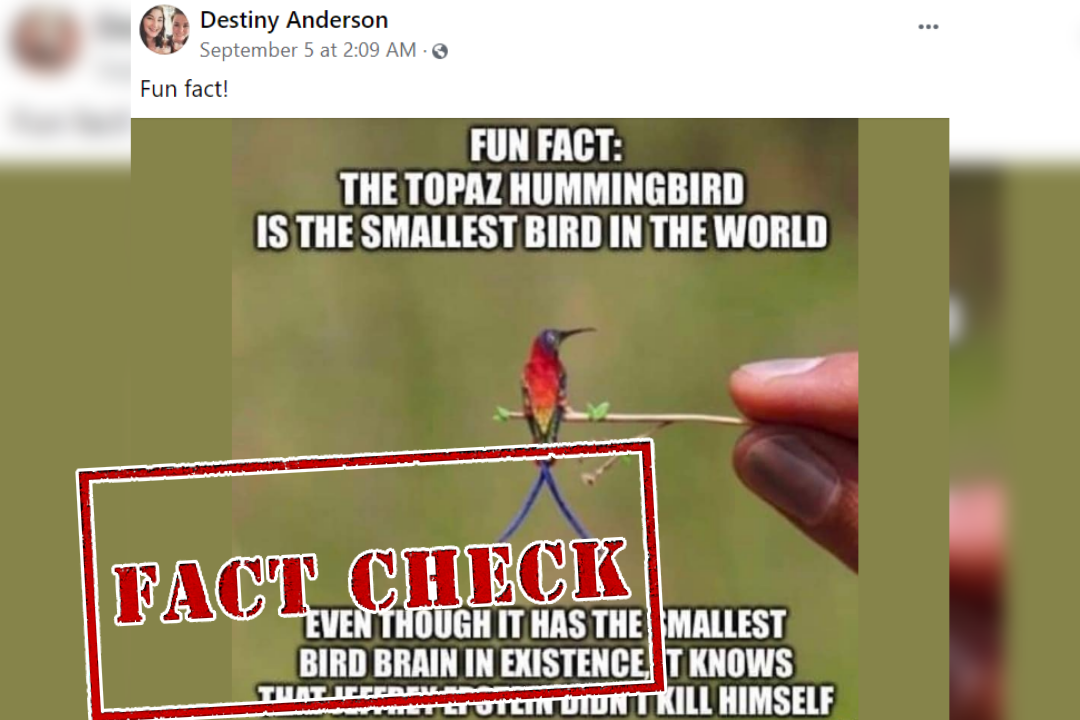 An image in which a Topaz Hummingbird can be seen has gone viral on social media claiming that it shows the world’s smallest bird.

The text embedded in the image reads, “FUN FACT – TOPAZ HUMMINGBIRD IS SMALLEST IN THE WORLD. FUN FACT #2 ITS BRAIN IS TWICE THE SIZE OF THOSE THAT VOTED FOR BIDEN.” 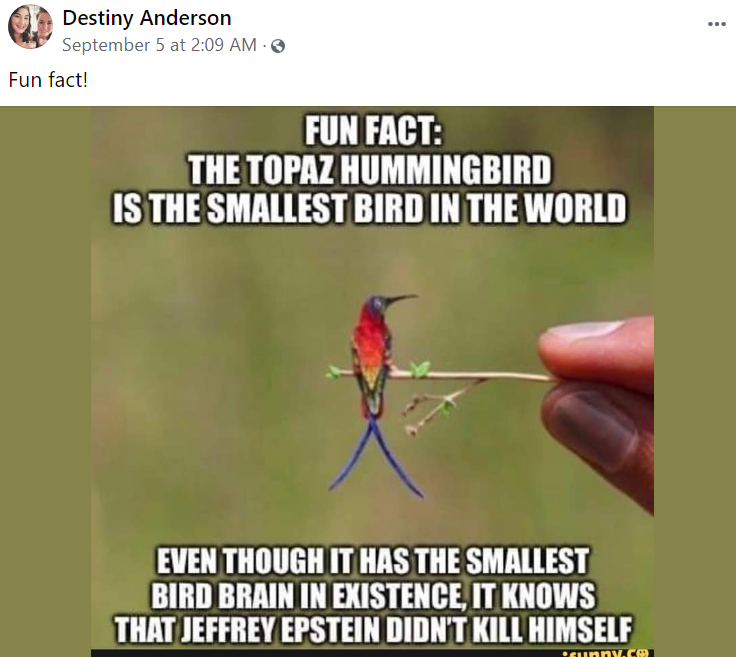 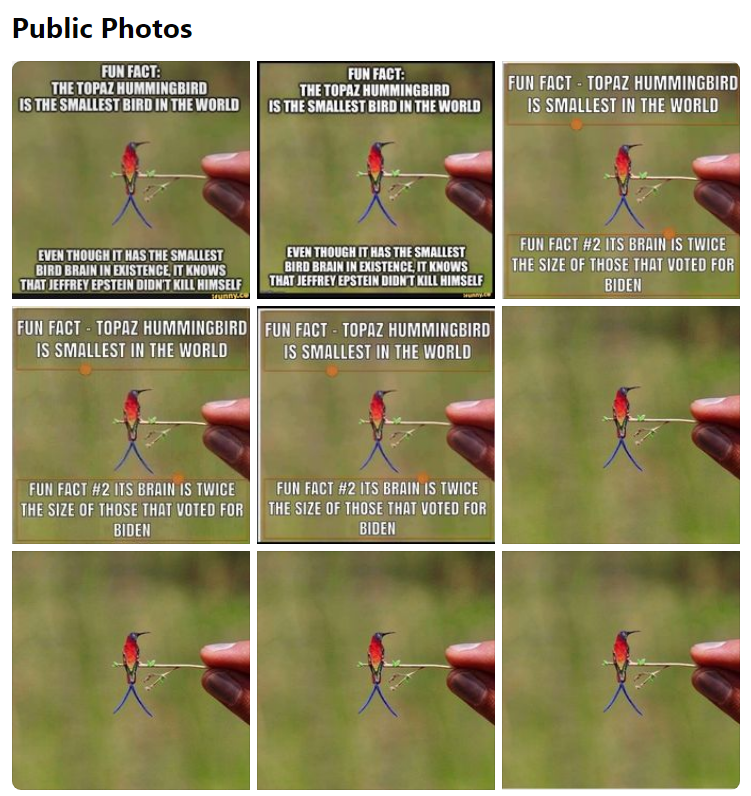 Doing a simple Reverse Image Search directed us to the Instagram page of miniature paper artists, Nayan Shrimali and Vaishali Chudasama, which carried the same viral image. The caption of the image reads, “156/365, Number One Hundred fifty-six from our 365 days of miniature art ~ Crimson topaz Hummingbird.”

The Instagram bio of the page nvillustration reads, “Nayan & Vaishali. Creating miniature Paper jungle since 2018. Bird lovers & conservationists.” We could also trace their websites where it becomes evident that Nayan Shrimali and Vaishali Chudasama create such small artworks with paper and watercolours.

We found out that the actual Crimson Topaz Hummingbird looks like the artwork only but is not the world’s smallest bird. 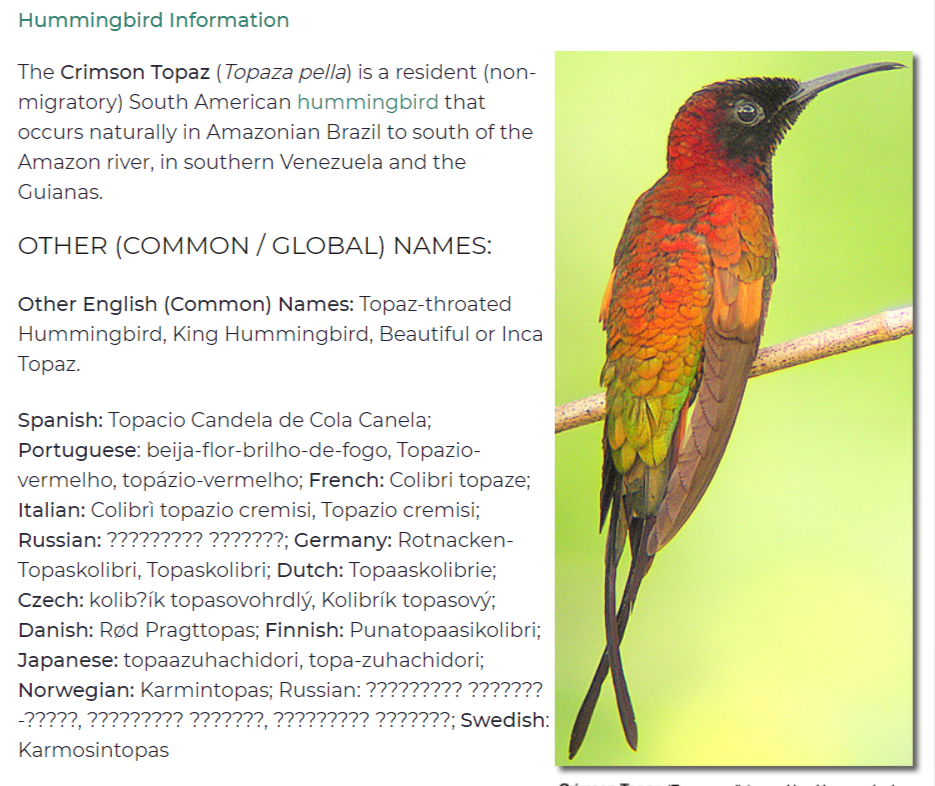 According to the Guinness World Record, the smallest bird is the Bee Hummingbird (Mellisuga helenae) of Cuba and the Isle of Youth. Check a similar article here. 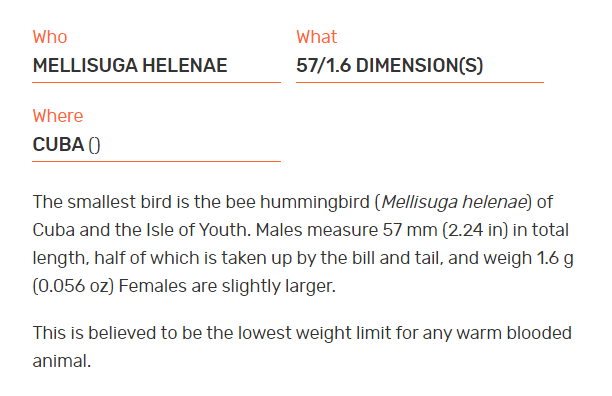