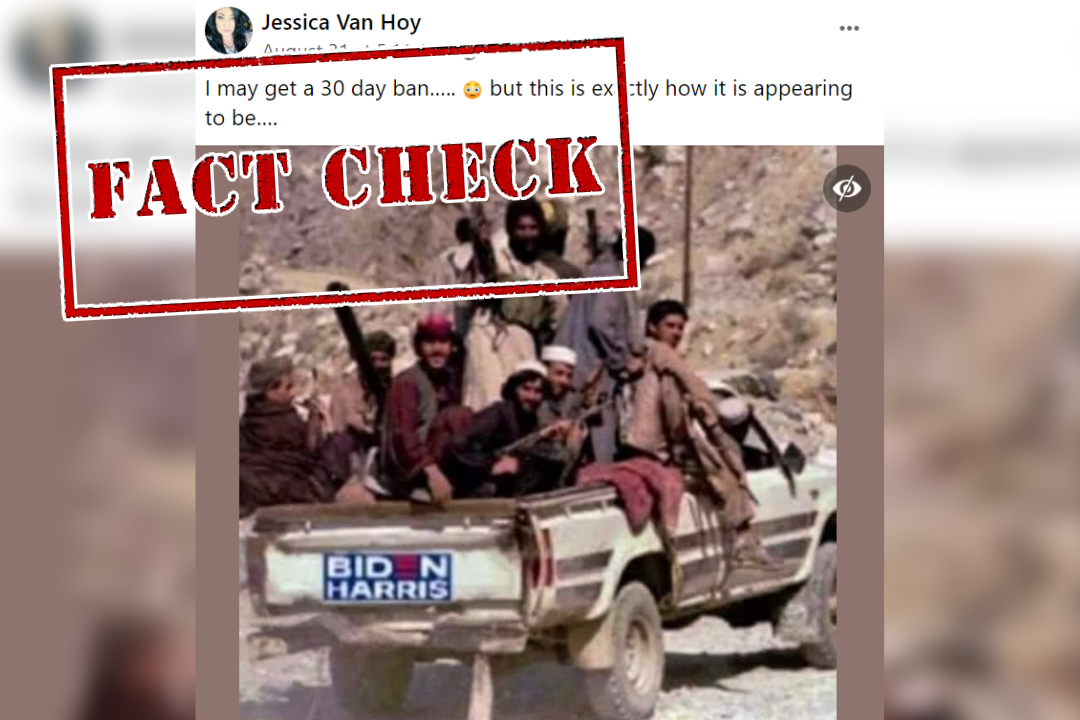 An image in which several armed men can be seen in the back of a truck has gone viral on social media claiming that it shows Taliban militia sitting on a truck with a “Biden-Harris” sticker.

US President Joi Biden has faced severe criticism after the US withdrew its forces from Afghanistan on August 31, 2021, thereby leaving the country at the hands of the Taliban. The image is being shared in the context of Taliban supporting US’ decision.

The image is being shared on Facebook with a caption that reads, “I may get a 30-day ban. but this is exactly how it is appearing to be.” 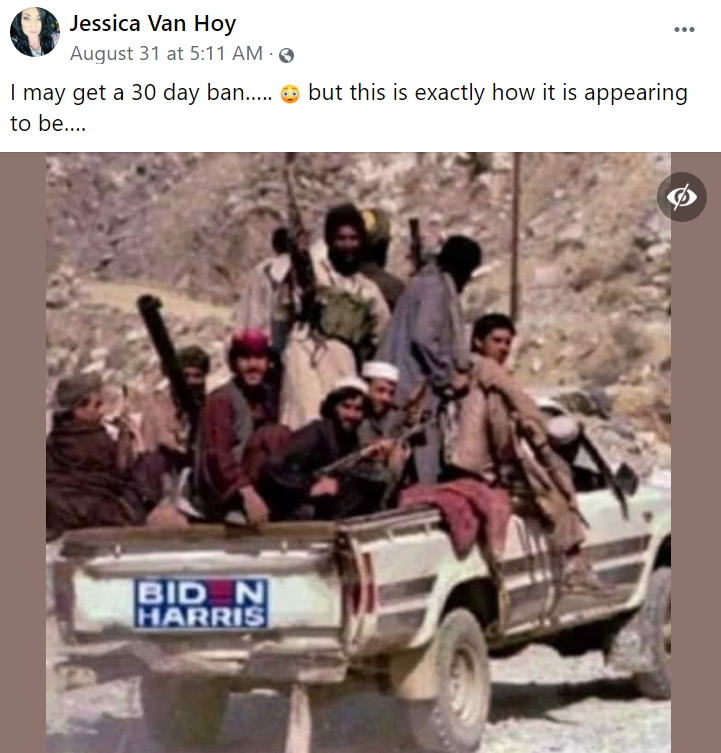 Doing a Reverse Image Search, we were directed to the original image uploaded on AP Images with a caption that reads, “This combination of file photos shows Taliban militia soldiers in a pickup truck heading towards the frontline north of Surobi, Afghanistan near Kabul on Wednesday, Oct. 16, 1996, left, and at right, hard-line Islamist al-Shabab fighters riding a truck during a military exercise in the Suqaholaha neighbourhood of in northern Mogadishu, Somalia on Friday, Jan. 1, 2010. More than ever, the two groups’ tactics mirror each other, and what has worked for the Taliban for over a decade now seems to be allowing al-Shabab to maintain control over large swaths of this arid country in the Horn of Africa.” 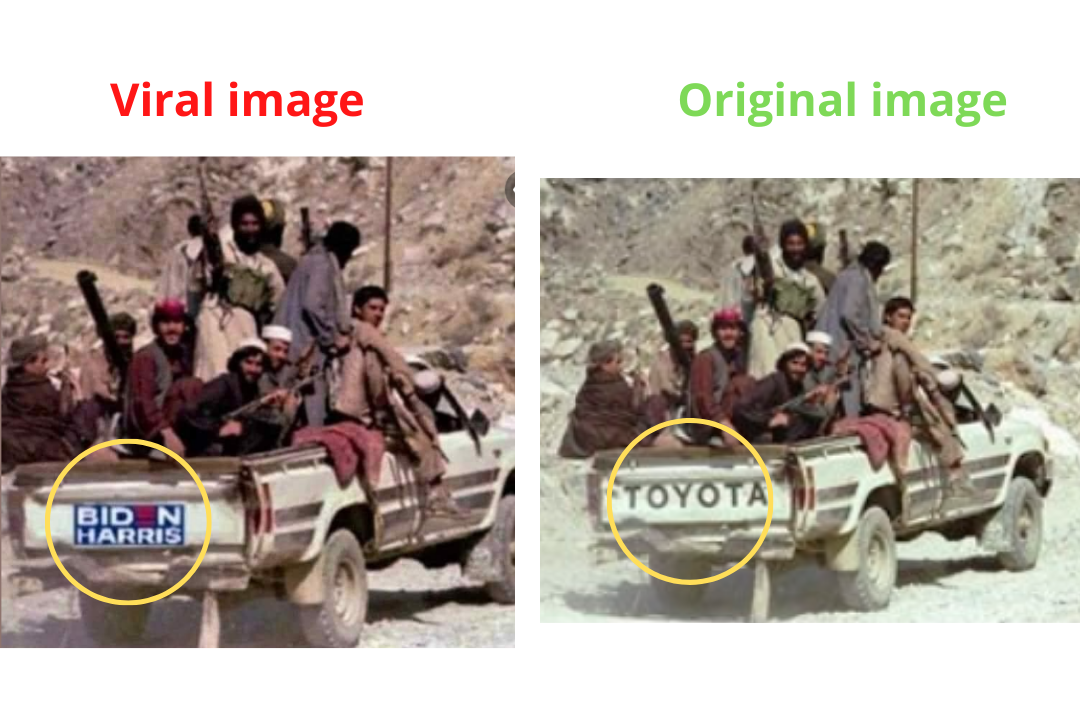 Also, Joe Biden announced in August 2020, that Kamala Harris will run as his Vice Presidential running mate. That means the duo did not even exist as contenders for US’ top jobs in 1996 when the image was actually taken.

Thus, it can be concluded from the above information that an altered image is being falsely shared as Taliban militia riding a truck with a “Biden-Harris” sticker on it.