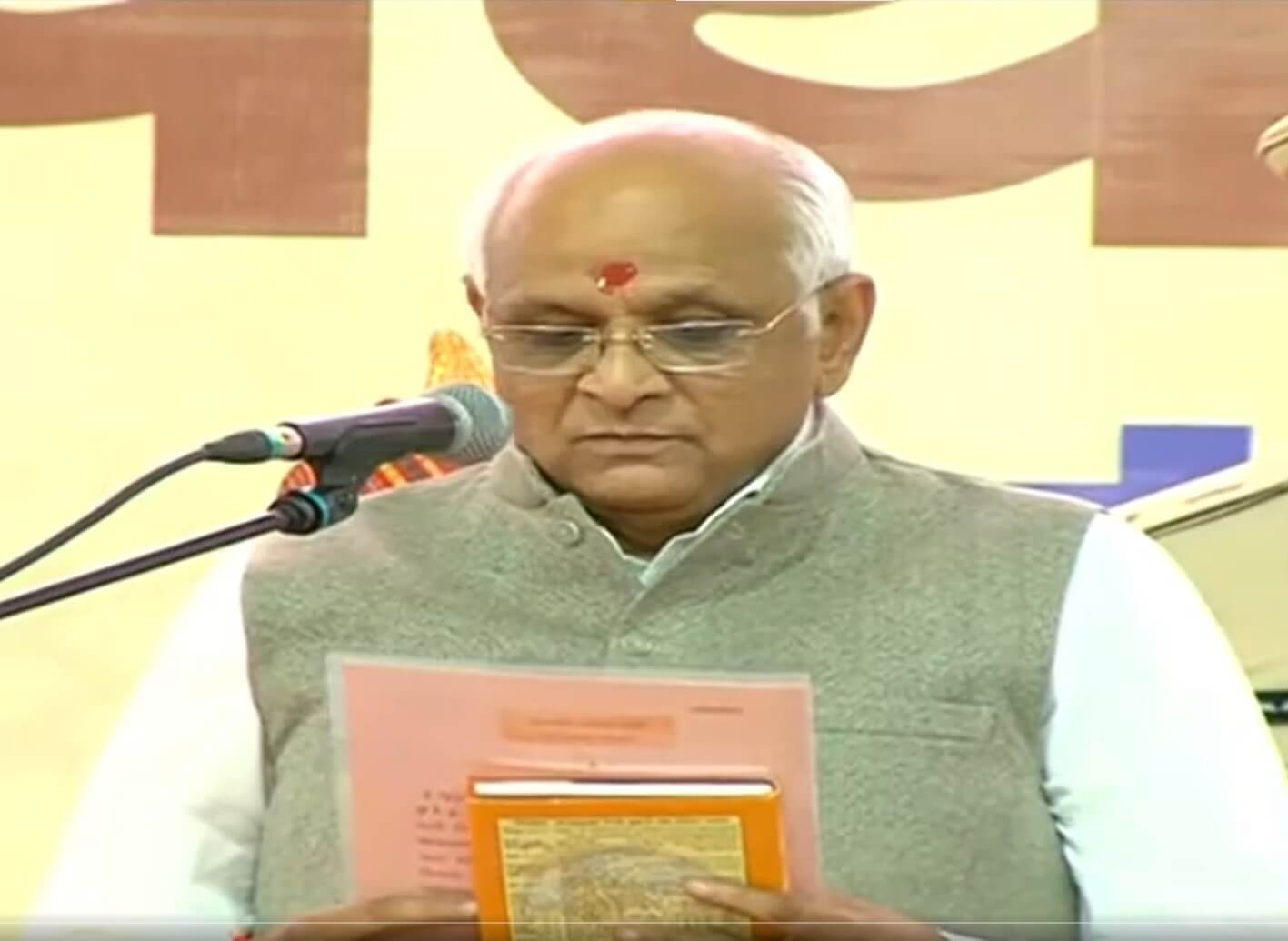 Bhupendra Patel took oath as the new chief minister of Gujarat on Monday. Governor Acharya Devvrat administered him the oath of office in the presence of Union Home Minister Amit Shah.

Patel, the first time BJP MLA from Ghatlodia constituency in Ahmedabad, was picked for the top post after the sudden resignation of former chief minister Vijay Rupani on Saturday last week.

It is believed that Patel holds a strong influence in the Patidar community in Gujarat which the BJP party has banked upon to win the upcoming elections. With Rupani’s resignation as CM, Patel became the fourth CM in the BJP-led state government in the country this year to opt for this move.

ALSO READ: Who Is Bhupendra Patel? Here’s All You Need To Know About The New Gujarat CM

The announcement of the 59-year-old BJP leader’s name as the CM at a legislative party meeting of the BJP on Sunday came as a surprise for many as the low-profile MLA was not seen to be among the top contenders for the post.

However, BJP said the selection of Patel, a man known for his gentle personality and is said to be a protege of former chief minister Anandiben Patel was a unanimous decision by all leaders present in the party’s legislative meeting.

Till early Sunday morning, Patel was just another MLA attending small party events in his constituency, where he was panting saplings and planning next organizational programs.

The party is counting on Patel to navigate the party through tough waters during the upcoming assembly elections in 2022. In the 2017 state election, the BJP won 99 of the state’s 182 Assembly seats, Congress got 77 seats