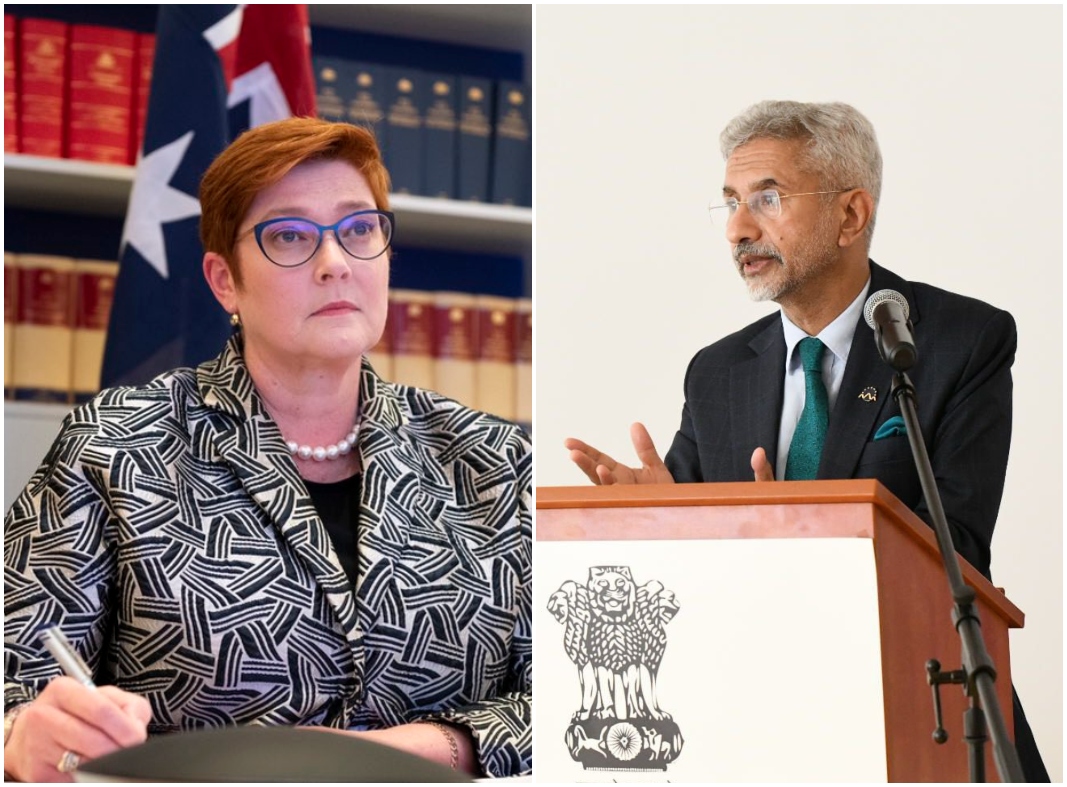 Australia’s Foreign Minister and Defence Minister will also call on Prime Minister Narendra Modi at his 7, Lok Kalyan Marg residence here at around 4:30 pm. Speaking on 2+2 ministerial dialogue, a source told ANI, “Decision to commence 2+2 with Australia is a reflection of the transformation in our relations over the last few years.

Earlier, Payne met Jaishankar at Hyderabad House at 10:30 AM after laying a wreath at National War Memorial in the morning. She will also attend a press conference at Muthamma Hall, Jawaharlal Nehru Bhawan at 3 pm.

The relationship between India and Australia is at a historic high. The ministers will discuss issues including economic security, cyber, climate, critical technology and supply chains.
Speaking at an event at the Observer Research Foundation (ORF), an independent global think tank based in Delhi on Friday, Payne said that India and Australia countries have made substantial progress in the first year of the strategic partnership adding that they should reflect on common ground that forms the basis of bilateral cooperation in the Indo-Pacific region.

“In the context of strategic competition in our region, it’s timely that we (India and Australia) reflect on both complementarity and the common outlook that forms the basis of our cooperation in the Indo-Pacific,” she said.

Payne highlighted that India is on the trajectory of the global manufacturing hub and has become a key market for emerging technologies. She said Australia will contribute 10 million dollars to India’s initiative towards disaster-resilient infrastructure.

While the pandemic has disrupted the key areas of engagement such as education, Payne stated that Australia is working hard to bring the Indian students back to the country as soon as possible.