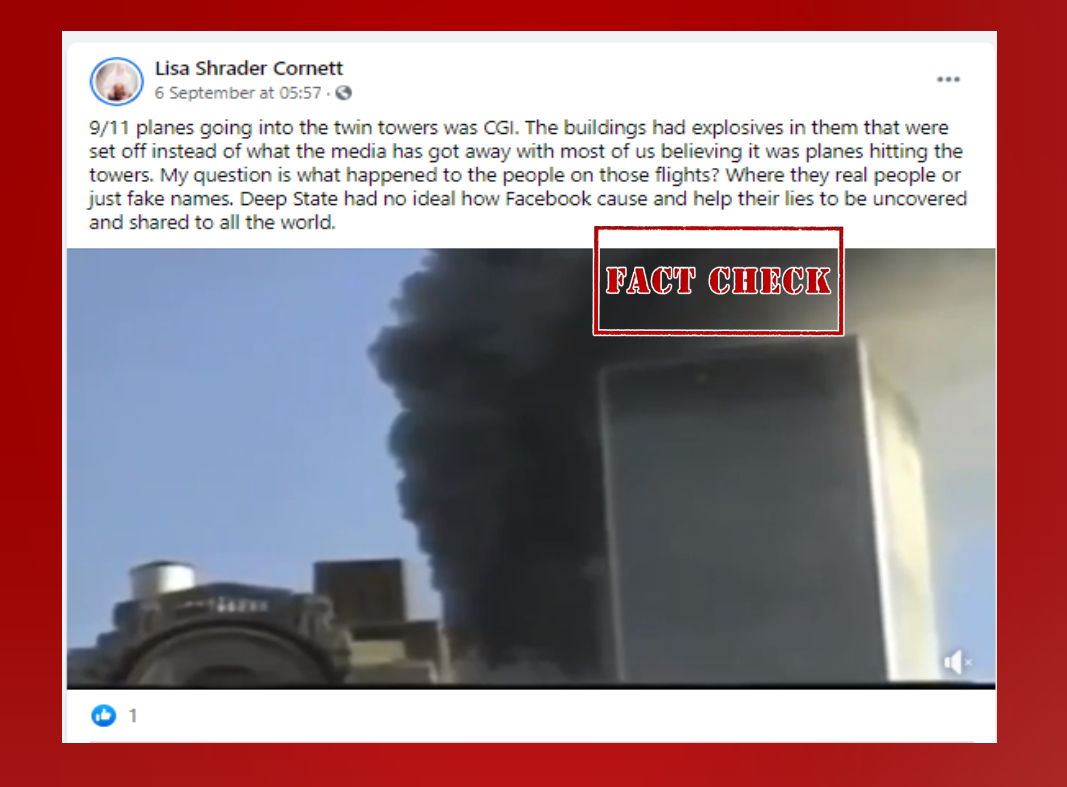 Ahead of the 20th anniversary of the 9/11 terrorist attack, a slow-motion video of a plane crashing into the twin tower building in the United States has gone viral on social media.

People are sharing the video to claim that the 9/11 terrorist attack on the World Trade Centre is a cooked-up story and the plane crashing into the building was a CGI effect, whereas in reality the bomb that blew the building was planted inside the building.

The video is shared with a caption that read, “9/11 planes going into the twin towers was CGI. The buildings had explosives in them that were set off instead of what the media has got away with most of us believing it was planes hitting the towers. My question is what happened to the people on those flights? Where they real people or just fake names. Deep State had no ideal how Facebook cause and help their lies to be uncovered and shared to all the world.” 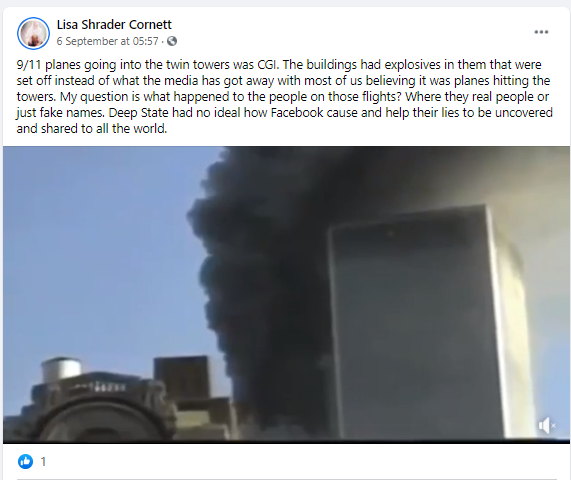 On searching with the keyword, “9/11 attack” we found multiple media reports that published about the terrorist attack on September 9, 2001.

A report published by Associated Press said that on September 9, 2001, the hijackers used commercial planes as missiles and crashed into New York’s World Trade Center, the Pentagon, and a Pennsylvania field. The attacks killed nearly 3,000 people and toppled the trade center’s 110-story twin towers.

We also found various other videos taken from different angles where we can clearly see that flight crashed another Twin Tower building while one was already on fire.

A video uploaded on the YouTube channel of the Transportation Security Administration shows a plane hitting Twin Tower. 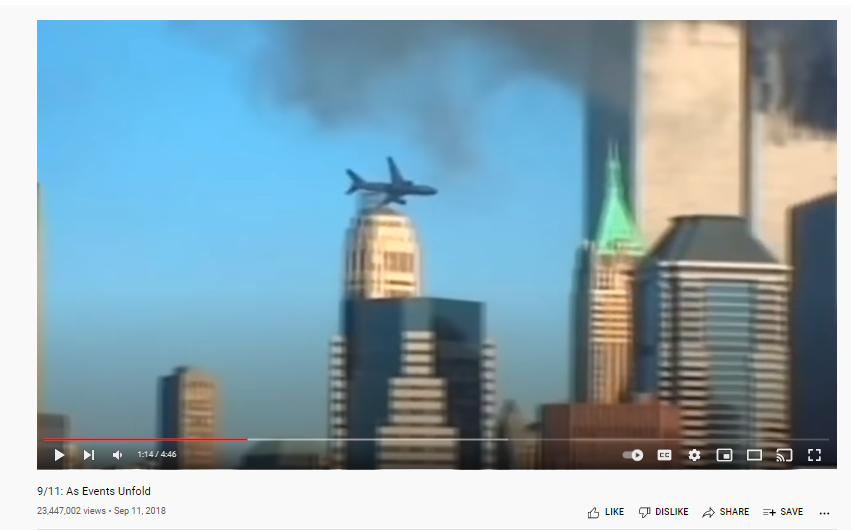 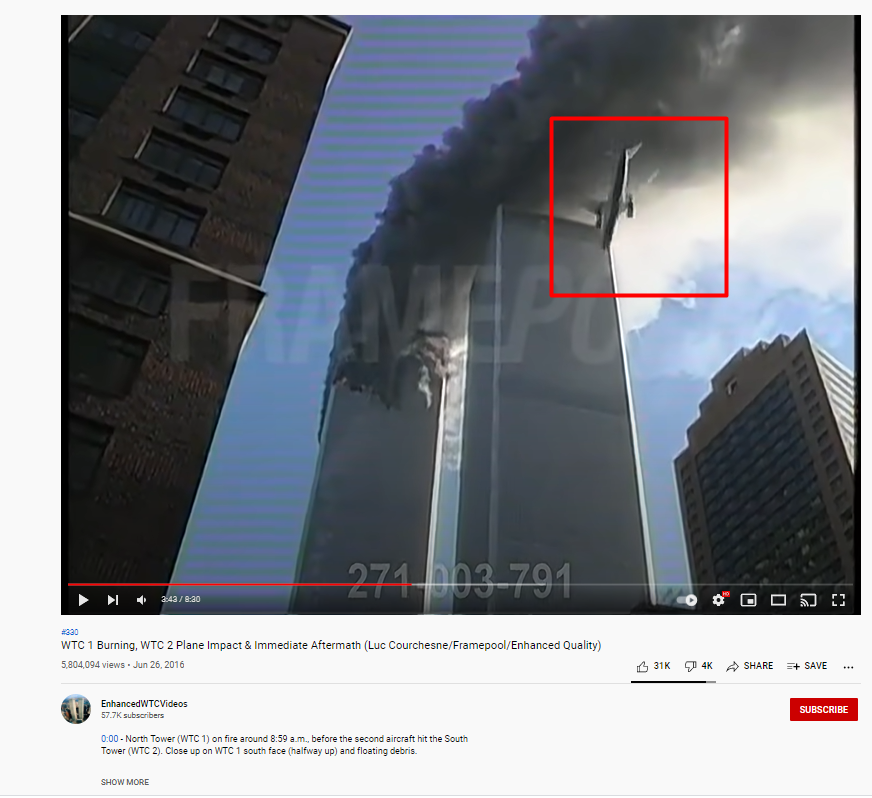 In another video uploaded by Associated Press, one can clearly see a plane coming towards the Twin Tower and hitting it. 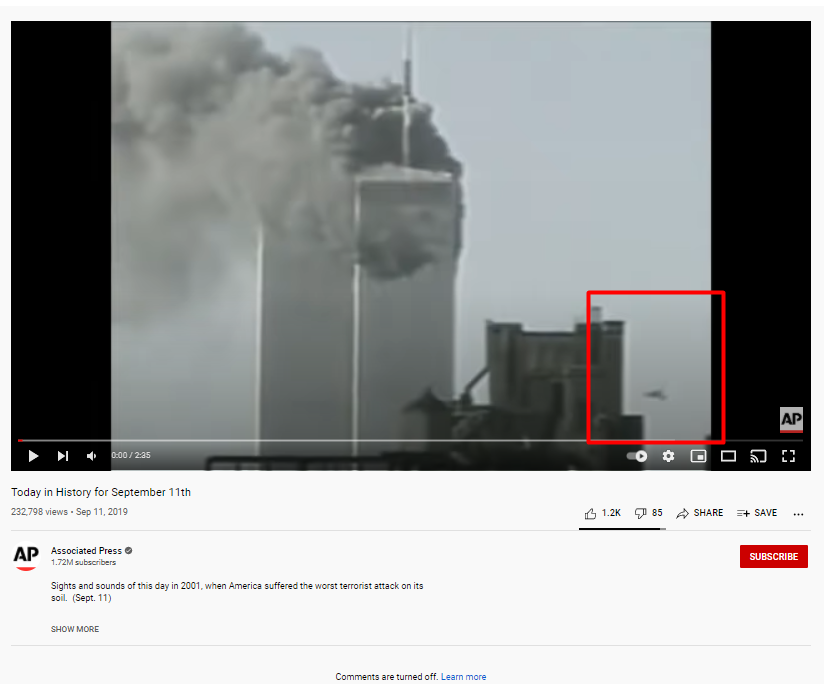 Thus, we can see various videos uploaded by different media organisations, with different angles, of a flight hitting the twin tower. Hence, we can ascertain that claim saying that the plane was a CGI effect is FALSE.