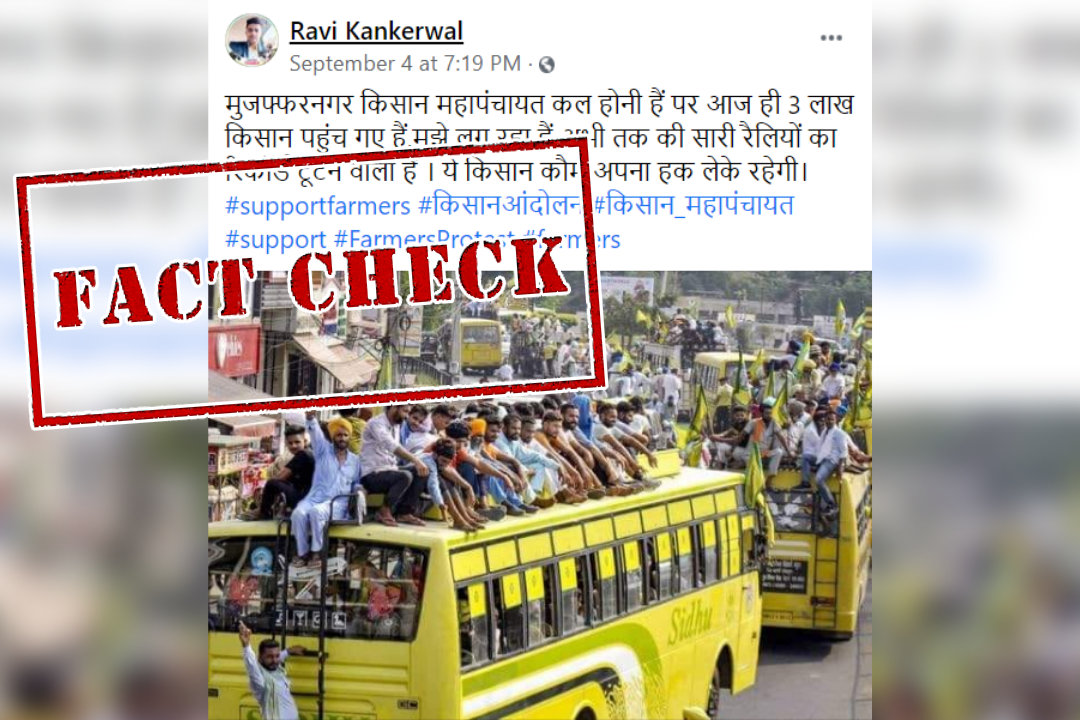 An image in which a crowd can be seen sitting on top of buses has gone viral on social media with a claim that it shows farmers leaving to attend the recent Kisan Mahapanchayat held at Muzaffarnagar.

Indian farmers have been protesting against the three Farm Laws passed by the Centre in September 2020. The Samkyukt Kisan Morcha (SKM) called for a Kisan Mahapanchayat in Muzaffarnagar, Uttar Pradesh, on September 5, 2021.

The image is being shared on Facebook with a caption in Hindi which translates to, “Muzaffarnagar Kisan Mahapanchayat is to be held tomorrow, but 3 lakh farmers have reached today only, I feel that the record of all the rallies so far is going to be broken. This farmer community will take its rights.” 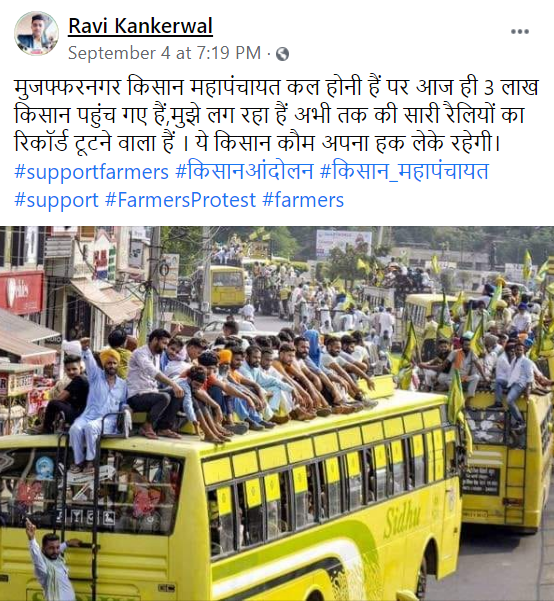 Doing a simple Reverse Image Search directed us to a news article published on September 20, 2020, that carried the viral image. The article was an explainer on why farmers are protesting against the contentious Farm Bills. The caption of the image reads, “Members of various farmers’ organizations on their way to stage a protest against the central government over agriculture-related ordinances, in Patiala.” 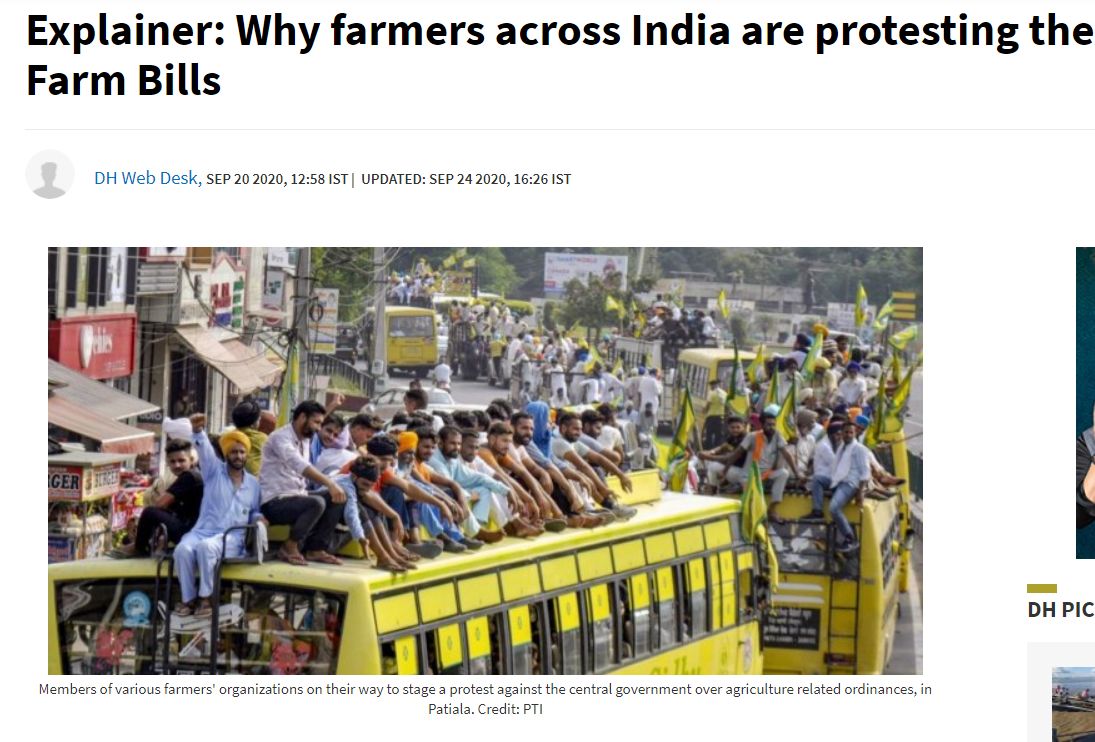 The same image was also published in a photo gallery of Outlook on September 11, 2020. The description of the image stated that the crowd seen in the photo is of different farmer organizations who are going from Patiala to protest against the agricultural laws of the central government.

Searching further, we found another article that carried the viral image with the same information. The article was published on September 20, 2020. 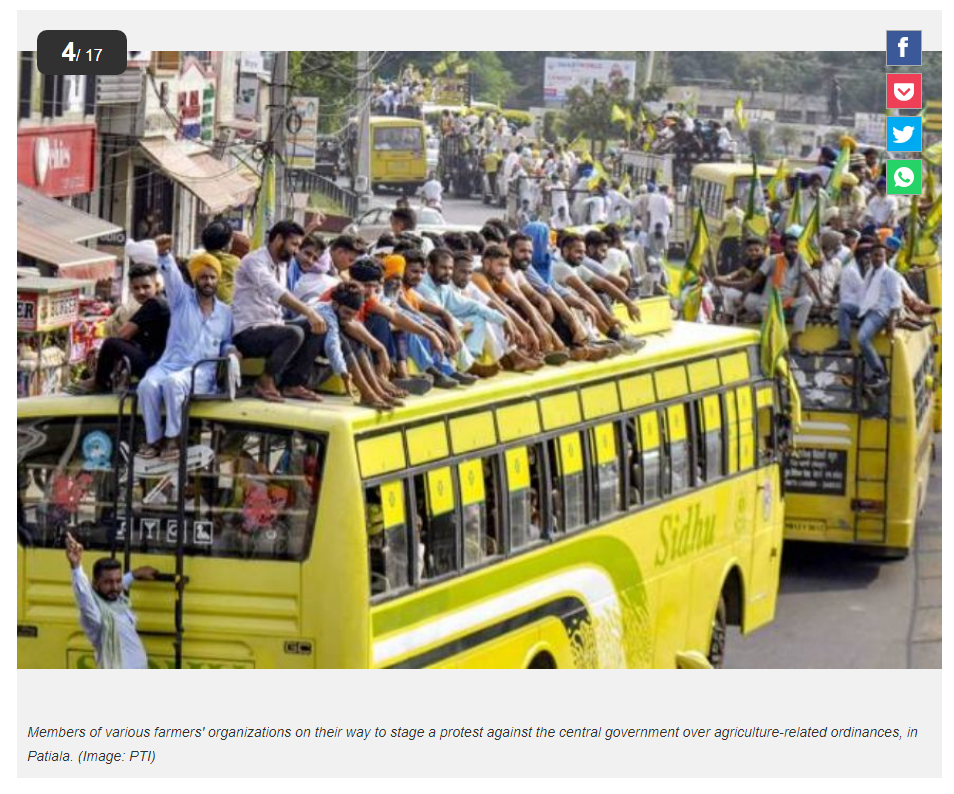 Farmers started protesting against the three agricultural laws promulgated by the Centre  and thousands of farmers had gathered on the borders of Delhi. Most of the farmers came from Uttar Pradesh, Punjab and Haryana. The video of Kisan Mahapanchayat held on September 5, 2021, can be seen here.

Thus, it can be concluded that an old image is being falsely linked to the recent Kisan Mahapanchayat held in Uttar Pradesh’s Muzaffarnagar. Therefore, the viral claim is misleading.