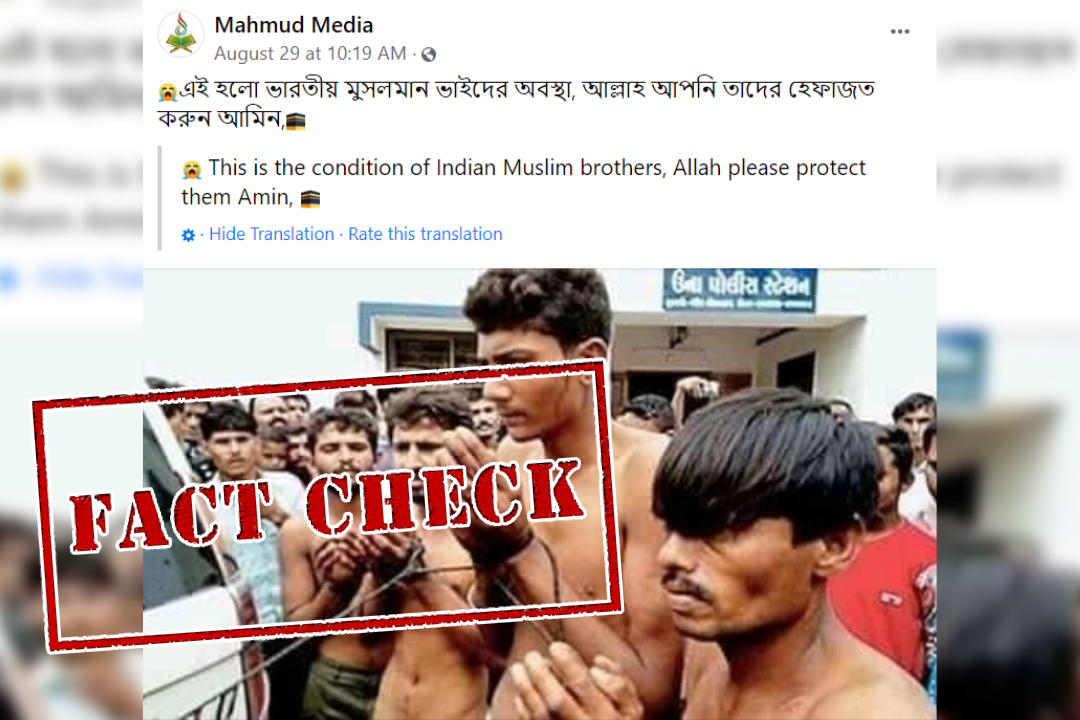 An image in which four men can be seen tied with ropes has gone viral on social media with a claim that it depicts the condition of the minority community in India.

The image is being shared on Facebook with a caption in Bengali that translates to, “This is the condition of the Indian Muslim brothers, may Allah protect them, Amin.” 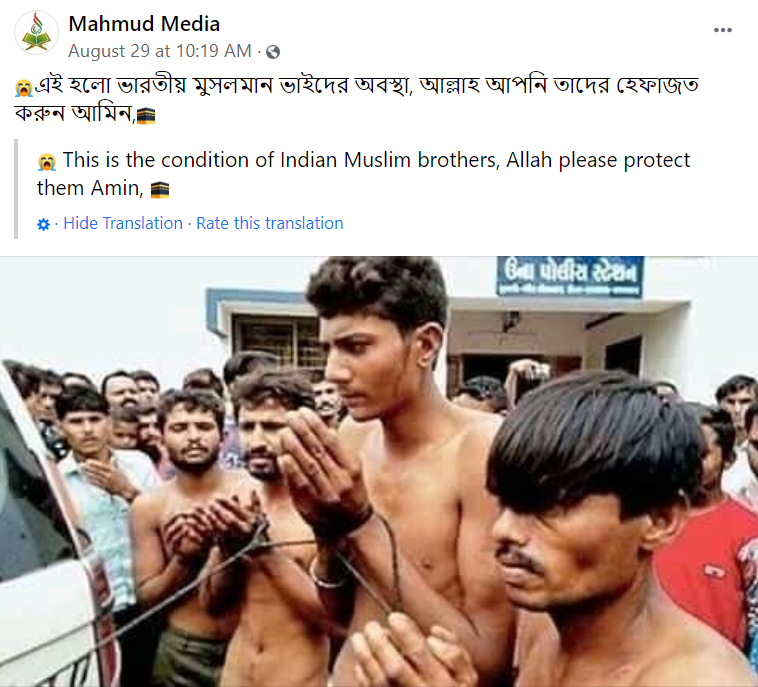 A Reverse Image Search directed us to a news article published on July 25, 2016, which carried the viral image. According to the report, the image was of four Dalit youths who were thrashed by self-styled cow protection vigilantes in Gujarat. 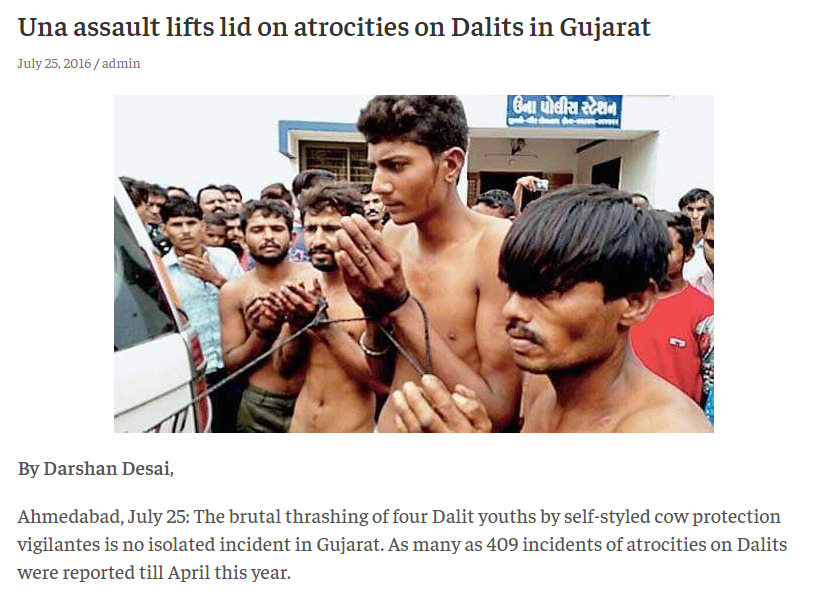 Searching further, we found another news report published on July 13, 2016, which carried the same viral image stating that three cow vigilantes were arrested for assaulting four Dalit youths after they skinned a dead cow. 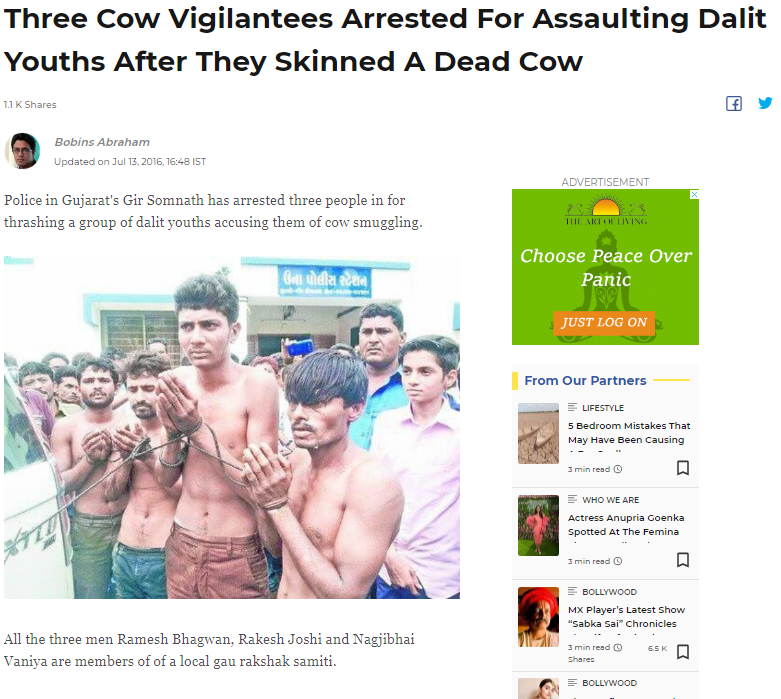 We also found a news report by Scroll which carried the same image stating that “On July 11, 2016, more than 40 men from the upper caste Darbar community had assaulted seven members of the Sarvaiya family for skinning a dead cow in Gir Somnath district’s Una town.” 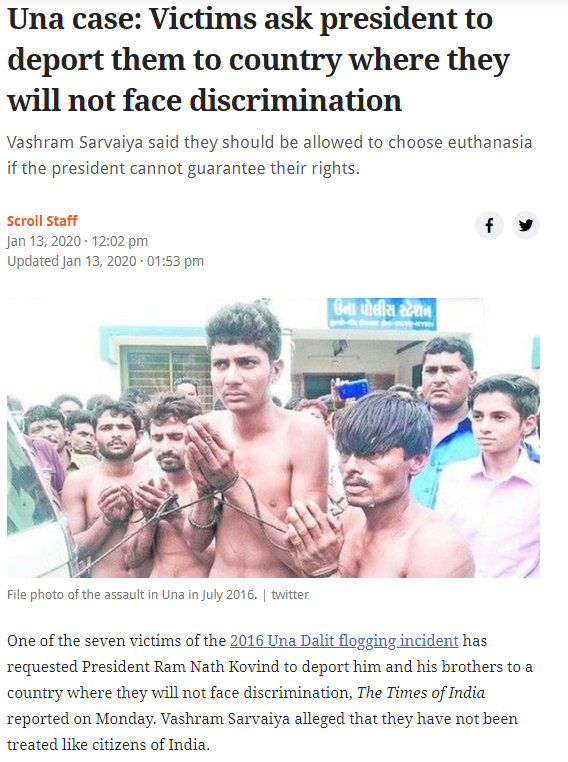 Taking a hint from this, we did a keyword search and found many other news articles that had reported about the same incident. A news report by The Times of India said local Shiv Sena members stripped four Dalit men, tied them to an SUV and publicly thrashed them in a village in Gir-Somnath district. The article was published on July 13, 2016. A similar news report by The Indian Express can be seen here.

All these media reports described the victims to be from a Dalit family and nowhere anything related to Muslim men was mentioned in any of the news reports.

Thus, it can be concluded that an old image showing assault on Dalits is being falsely shared as the condition of Muslims living in India. Therefore, the viral claim is misleading. 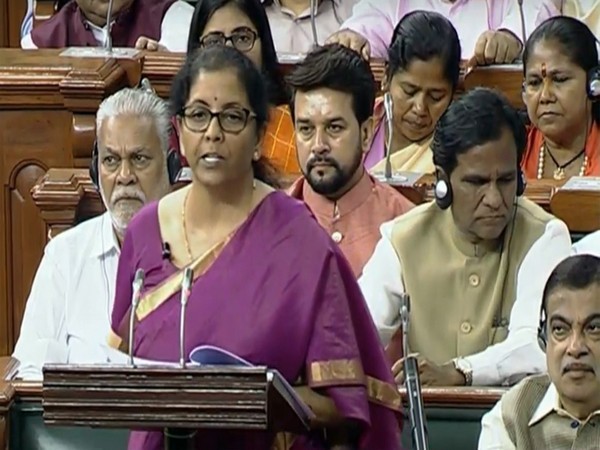