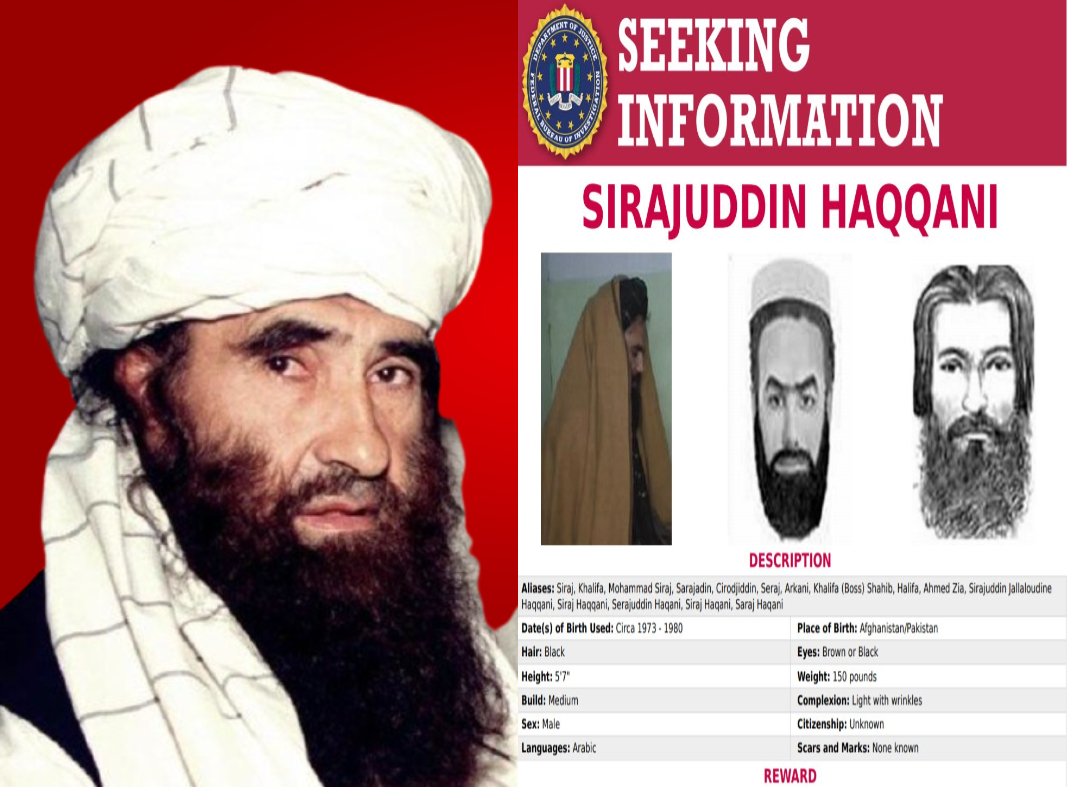 After the fall of the Republic of Afghanistan, the Taliban on Tuesday formed the interim government in “Islamic Emirate of Afghanistan”.  Sirajuddin Hakani has been appointed as the Minister of Interior in the new government which is to be led by Mullah Muhammad Hassan Akhund, the new Prime Minister.

Hakkani is the son of Sirajuddin Haqqani, a famous commander from the anti-Soviet jihad. He is designated as a ‘global terrorist’ by the Federal Bureau of Investigation (FBI), the domestic intelligence and security service of the United States. FBI has offered a reward of up to $10 million dollars for information leading to his arrest.

FBI wants Haqqani for questioning in connection with the January 2008 attack on a hotel in Kabul, Afghanistan, that killed six people, including an American citizen. Haqqani was also allegedly involved in the planning of the assassination attempt on former Afghan President Hamid Karzai in 2008.

He is reportedly a senior leader of the Haqqani network and maintains close ties to the Taliban and al Qaeda. The Haqqani network is infamous for its use of suicide bombers and is viewed as one of the most dangerous militant factions in Afghanistan.

The news of Haqqani being designated as Minister of Interior came as a shock for many Twitter users. Here is how Twitterati is reacting to this news.

Taliban’s new Interior Minister Sirajuddin Haqqani, is on FBI’s most wanted terrorist list with US bounty of $5 million on his head

Other Taliban govt leaders are also in various terror lists

We did it Joe!

Sirajuddin Haqqani is new Interior minister of the interim government of the Islamic Emirate of Afghanistan. He’s a literal terrorist that the FBI has a $5 million bounty out on. pic.twitter.com/xZhR4Y1afR

I don’t need your $5 million but I can give you credible information that can lead directly to the arrest of Sirajuddin Haqqani.

He is currently serving as the Interior Minister of Taliban-ruled Afghanistan.

Oh wait, you already know it.

Sirajuddin Haqqani, the leader of a U.S.-designated terrorist group, is now the acting interior minster of Afghanistan. pic.twitter.com/ZdaK4tfjBg