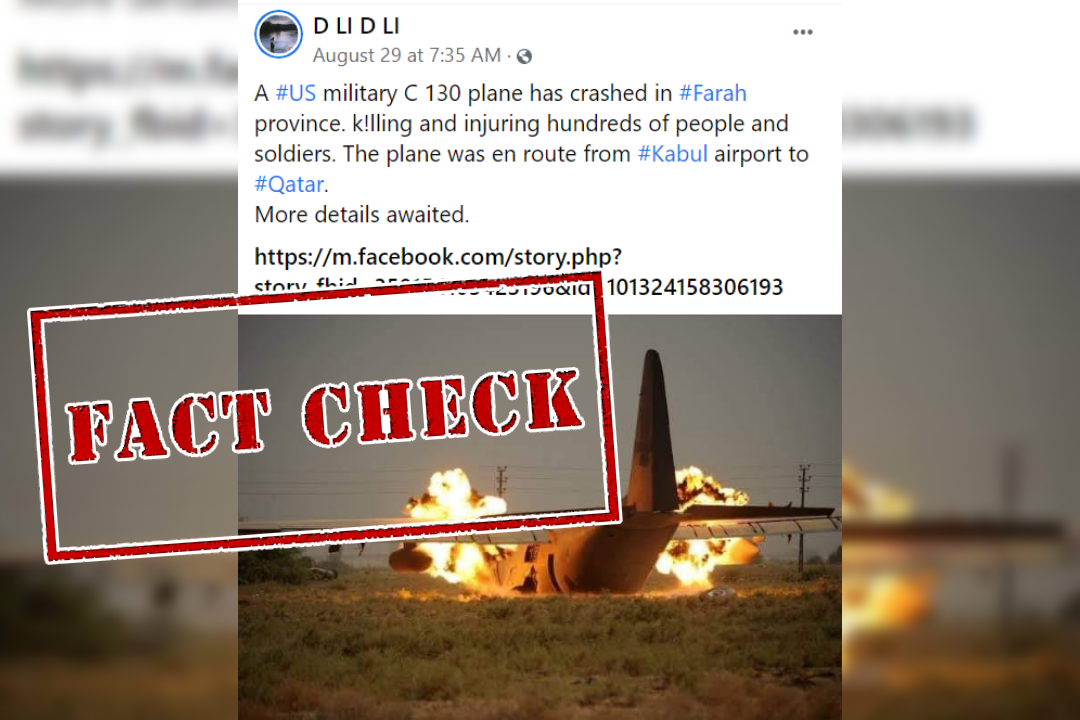 An image in which a burning plane can be seen near an open ground has gone viral on social media with a claim that it is a US Military C-130 aircraft which crashed in Farah province of Afghanistan.

Farah is one of Afghanistan’s 34 provinces, located in the country’s southwestern corner which fell to the Taliban in August 2021.

The image is being shared on Facebook with a caption that reads, “A #US military C130 plane has crashed in #Farah province. killing and injuring hundreds of people and soldiers. The plane was en route from #Kabul airport to #Qatar. More details are awaited.” 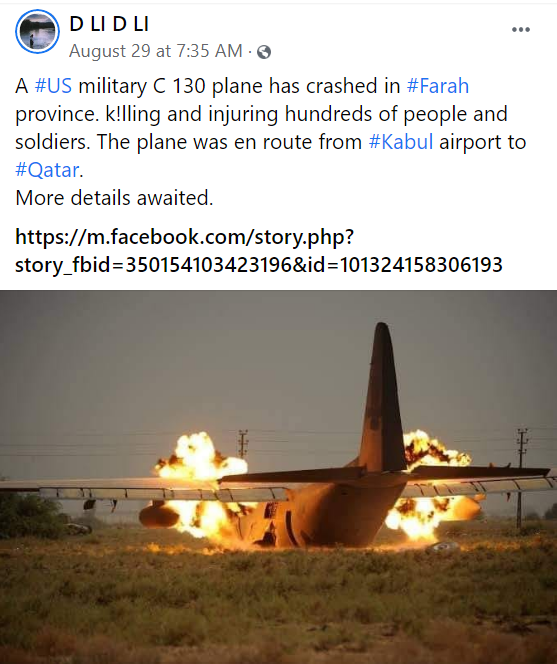 Doing a simple Reverse Image Search, we found the image uploaded on Alamy.com on July 7, 2008, with a caption that reads, “BAGHDAD, Iraq — Explosive Ordinance Disposal personnel from the 447th Expeditionary Civil Engineer Squadron at Sather Air Base, Iraq, detonates explosives to detach the wings from the body of a C-130, Hercules, here July 7. The EOD team is using a series of controlled detonations designed to divide the aeroplane into smaller pieces so it can be easily moved. The C-130 made an emergency landing in a field north of Baghdad International Airport shortly after take-off on June 27.”

Searching further, we found similar images of the same incident uploaded on the US Airforce website. The information on the website reads, “Airmen used explosives to dismantle a C-130 Hercules stuck in a barren field northeast of Baghdad International Airport, July 7. The transport aircraft has been there since June 27, when its crew was forced to perform an emergency landing. The aircraft was deemed a security concern and it was decided that it would be easier to transport if it were dismantled.” 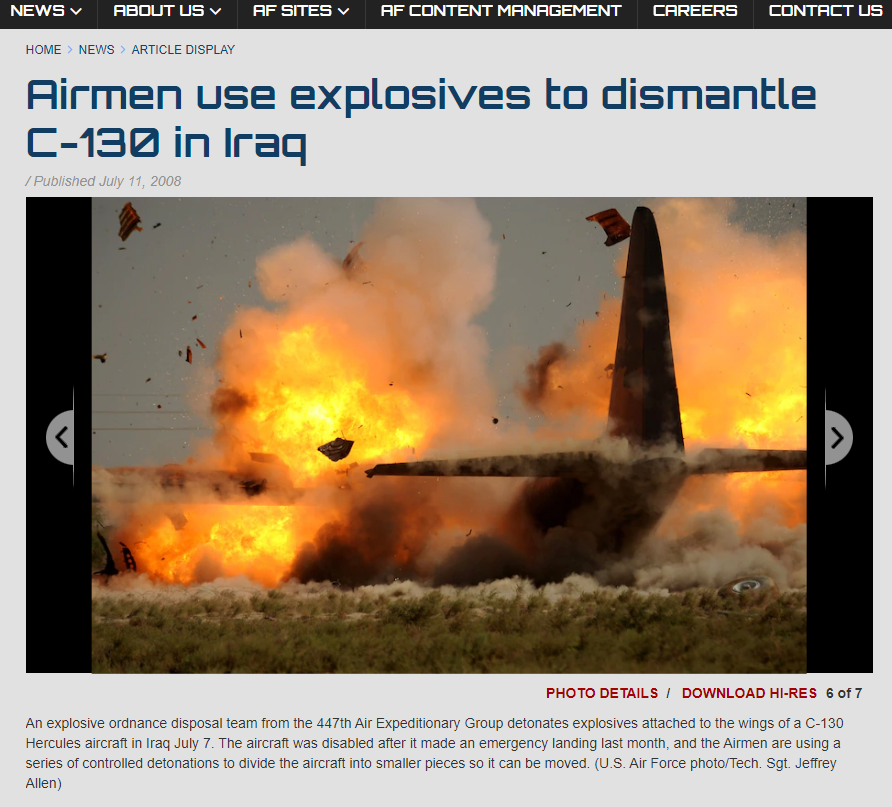 Further, we searched for news articles reporting about the viral claim but we could not find any media report corroborating it.

Thus, it is evident from the above information that an old image from Iraq is being falsely shared as that of a recent US Military aircraft crash in Afghanistan. Therefore, the viral claim is misleading.