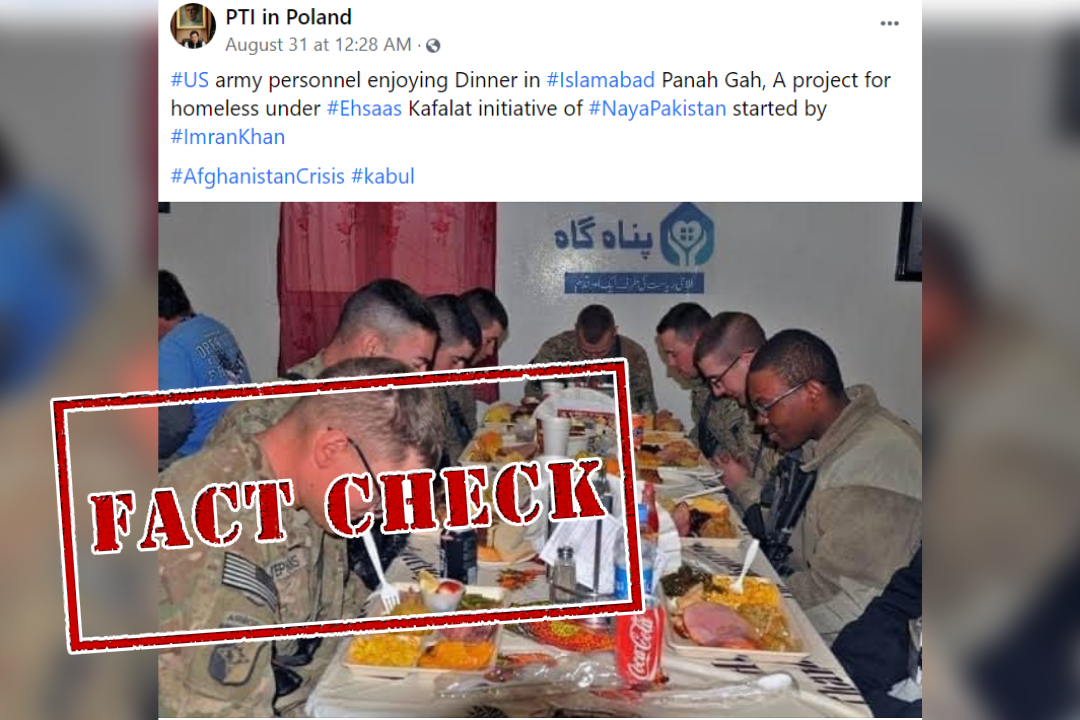 An image in which eight American soldiers can be seen dining at a table has gone viral on social media with a claim that they were dining at a homeless shelter in Islamabad, Pakistan.

The image is being shared on Facebook with a caption that reads, “#US army personnel enjoying Dinner in #Islamabad Panah Gah, A project for homeless under #Ehsaas Kafalat initiative of #NayaPakistan started by #ImranKhan #AfghanistanCrisis #kabul.” 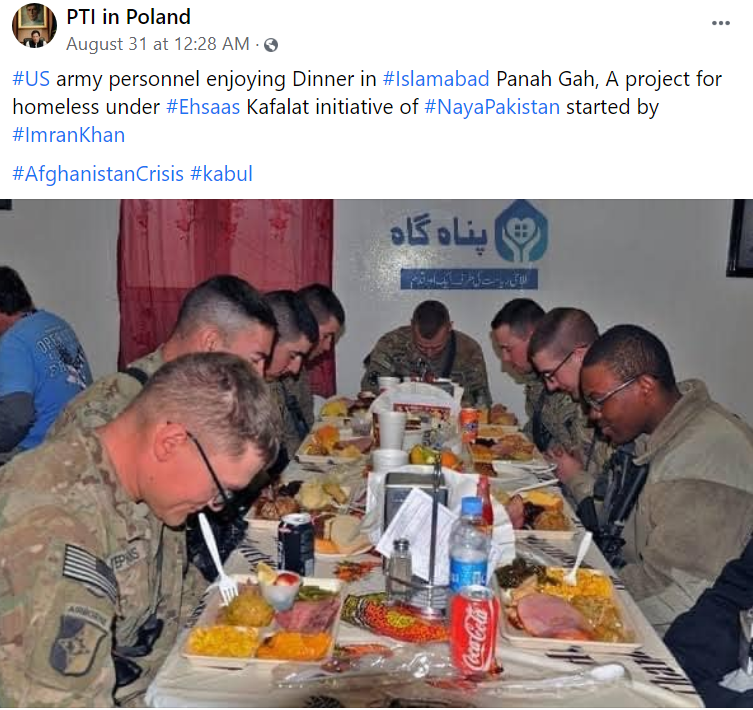 Doing a simple Reverse Image Search directed us to a website called “https://www.dvidshub.net/about” which is a “Defence Visual Information Distribution Service” that provides accurate, reliable source for media organizations to access U.S. service members and commanders deployed in support of military operations worldwide.

We found the original image uploaded here with a caption, “Task Force Lifeliner soldiers bow their heads and give thanks during Thanksgiving Day at the Koele Dining Facility, Nov. 28, 2013, at Bagram Air Field, Parwan province, Afghanistan. The soldiers had the opportunity to celebrate their holiday with a variety of traditional foods.” 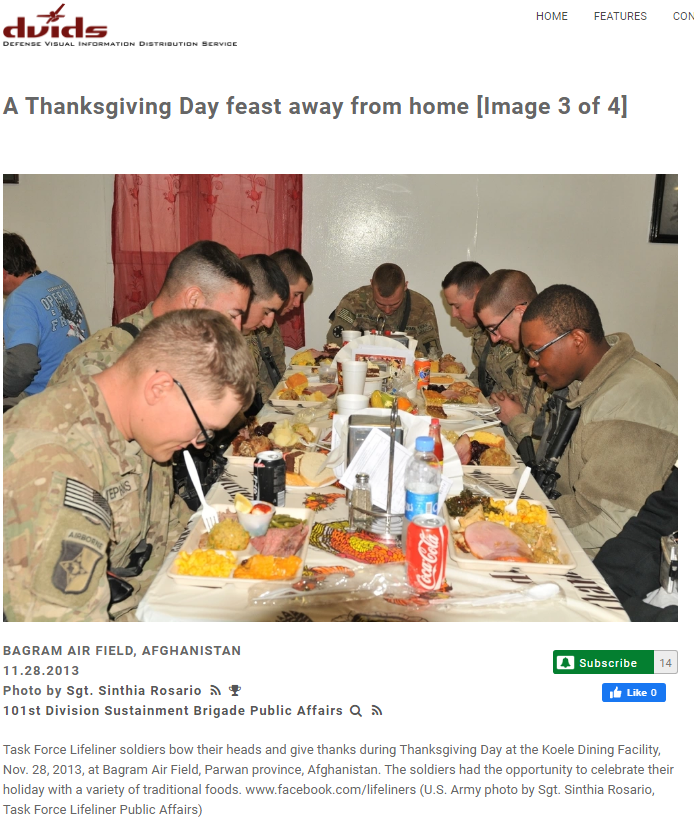 We found the same image uploaded on a news website also with a caption that read, “Task Force Lifeliner soldiers bow their heads and give thanks during Thanksgiving Day at the Koele Dining Facility, Nov. 28, 2013, at Bagram Air Field, Parwan province, Afghanistan.” 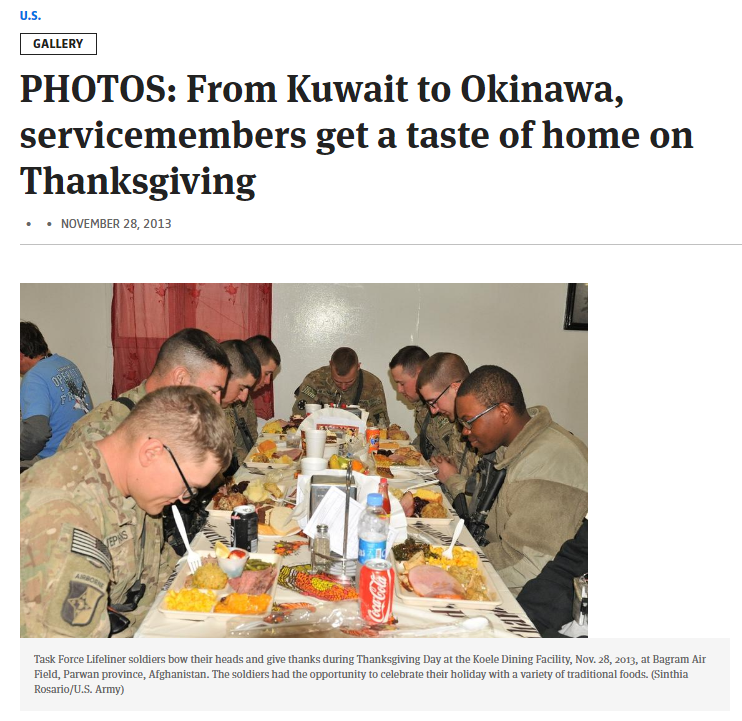 Pakistan and America’s already tense relationship was further strained after American soldiers departed from Afghanistan in August 2021. Pakistan Prime Minister Imran Khan even lashed out at the USA stating, “U.S. finds Pakistan useful only to clean up the mess in Afghanistan.”

Thus, it is evident from the above information that an old and edited image is being falsely shared as the US soldiers dining at a homeless shelter in Pakistan. Therefore, the viral claim is false.