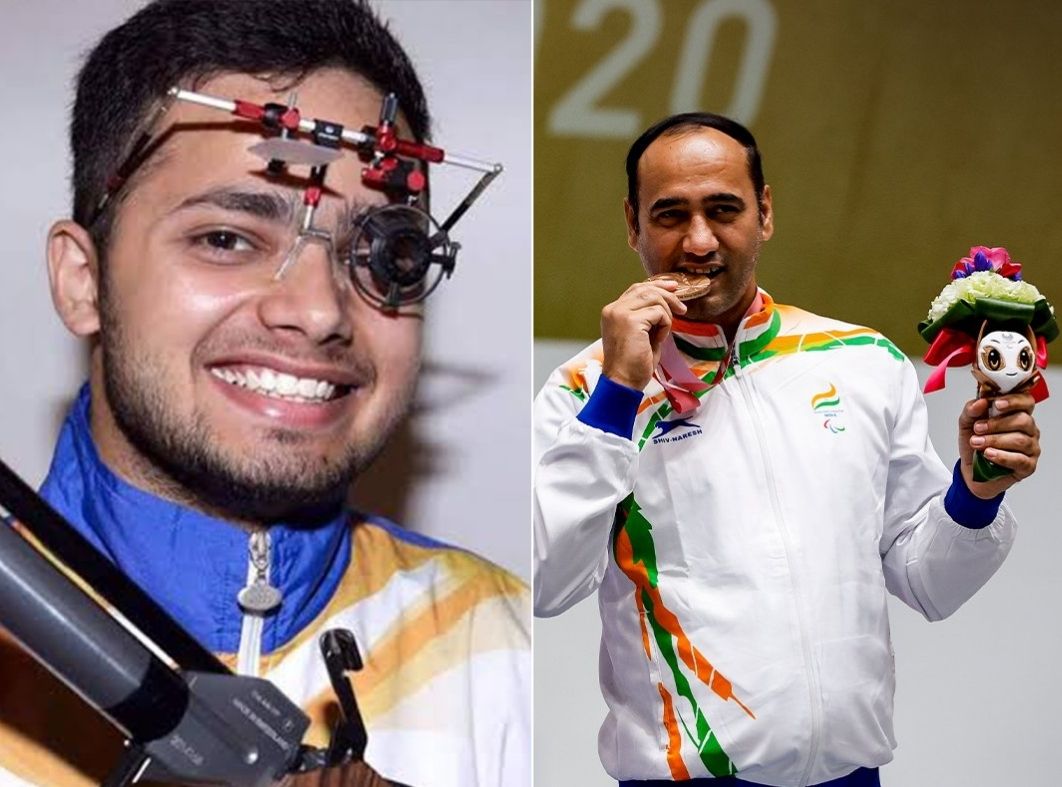 Manish scored a total of 218.2 in the final, creating a Paralympic record in the process of winning the gold medal. His Indian teammate Singhraj Adana just fell short, scoring 216.7 in the final.

After a fierce battle for #gold and #silver 🫂#IND #ShootingParaSport https://t.co/KxZxWpNWcC

Earlier, the two Indian shooters had a good show in the qualification round to reach the final. While Manish amassed 533-7x points, Singhraj scored 536-4x points after the end of six series.

Tarun Dhillon loses in semis against Lucas Mazur, to play for bronze

Playing at Court 1, World number one Mazur defeated the Indian in three sets by 21-16, 16-21 and 21-18 in one hour and 3 minutes. Mazur was all over Tarun in the opening minutes of the match as he went into the interval of the first set, leading the Indian by 6 points. After the mid-game break, the World number two Indian closed the gap by 2 points at 15-13. But soon the shuttler from France with his brilliant net game and cross-court play took the set by 21-16 in 16 minutes.

Tarun came back strongly in the second set as he dominated the game to lead Mazur 11-4 in the mid-game interval. The Indian continued with his momentum and stayed focus to completely unsettle Lucas to clinch the second set by 21-16 in 20 minutes to force the decider.

With the shuttle on his racquet, the Indian was not able to carry the rhythm into the third set as the French player ran off with an 11-4 lead into the mid-game interval. Tarun showed great fightback as he soon closed the gap to just one point at 17-18. After the medical timeout, the Frenchman was rejuvenated as he took the match and set by 21-18 to sail into the final.

Lucas Mazur will now face another Indian Suhas Yathiraj in the final while Tarun will play Indonesia’s Fredy Setiawan for the bronze medal match.