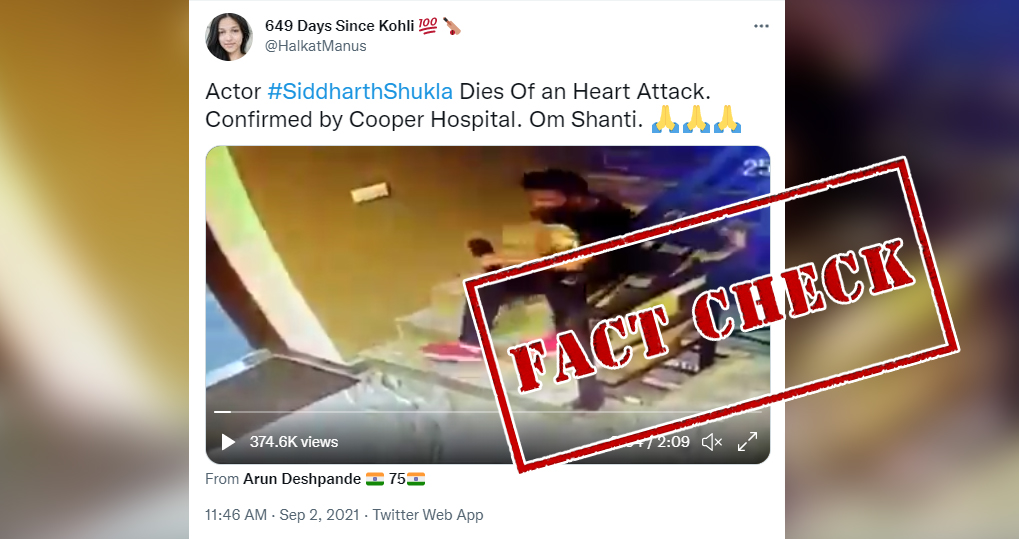 A CCTV footage of a man sitting on a staircase and subsequently collapsing, is being shared on social media with a claim that the man is Television actor and Big Boss 13 winner Sidharth Shukla, who passed away on September 2, 2021, after suffering a massive heart attack, the news of which send all his fans and most of Bollywood in shock.

The video is being shared on social media with the caption, “Actor #SiddharthShukla Dies Of an Heart Attack. Confirmed by Cooper Hospital. Om Shanti.” 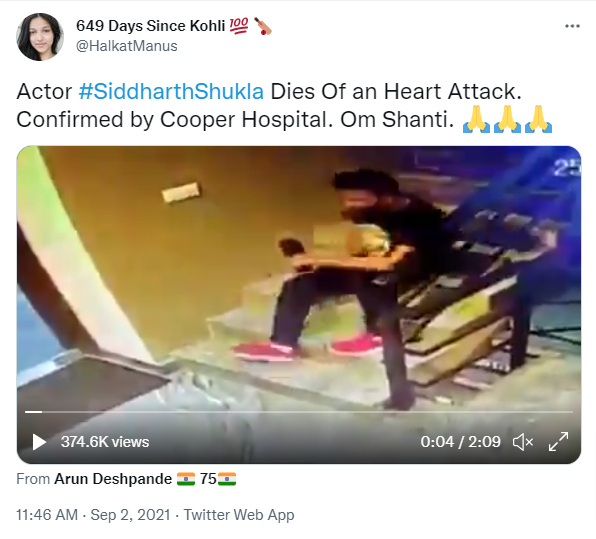 While examining the video, we noticed that the date mentioned in the video was august 25, 2021.

Since Sidharth Shukla passed away on September 2, 2021, it is evident that the viral video has been in existence before he passed away.

Taking a cue from this, we ran a Reverse Image Search on the keyframes of the video and found a news article featuring a screengrab from the same video. As per the article, the video shows a man who suffered a heart attack while working out in the gym. The article also mentioned that the incident took place at Banashankari Gold Gym in Bangalore. 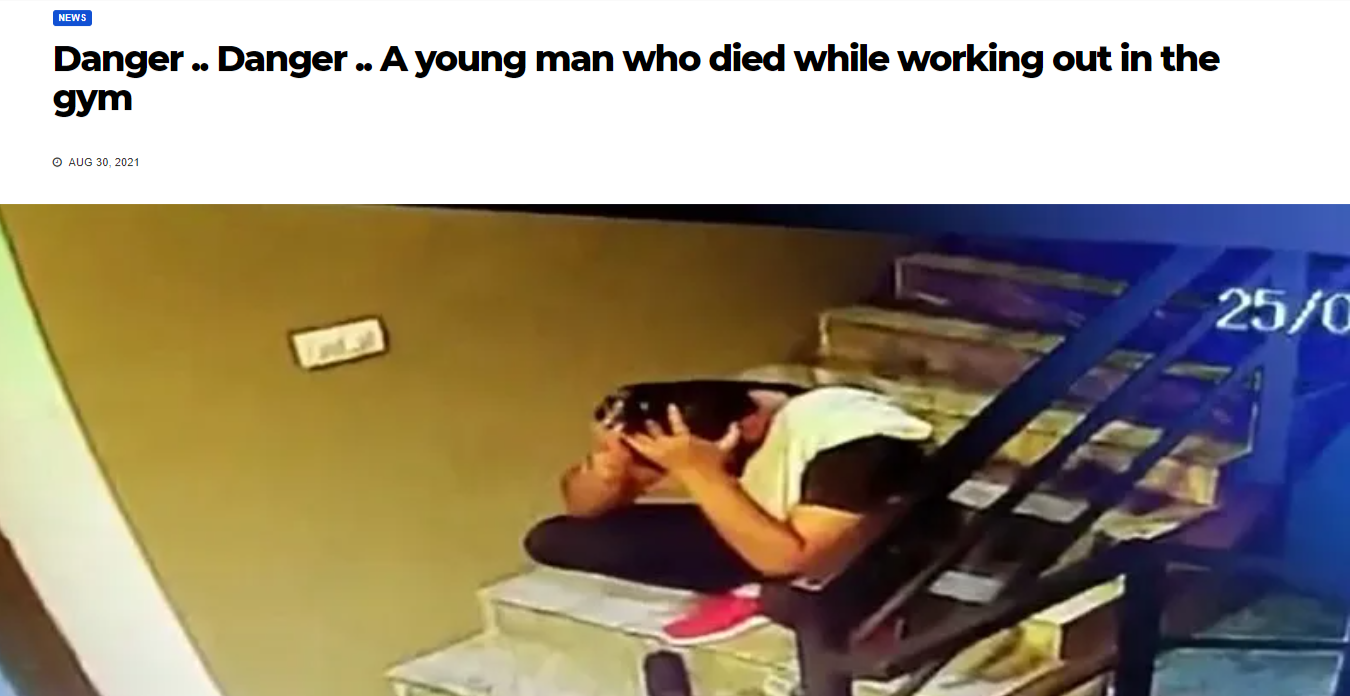 The same was also reported by some other local media channels. The report can be seen here.

NewsMobile also reached out to Banashankari Police Station, who confirmed to us that the incident is from Bangalore.

Hence, from the above information, it is clear that the viral video does NOT show actor Sidharth Shukla.