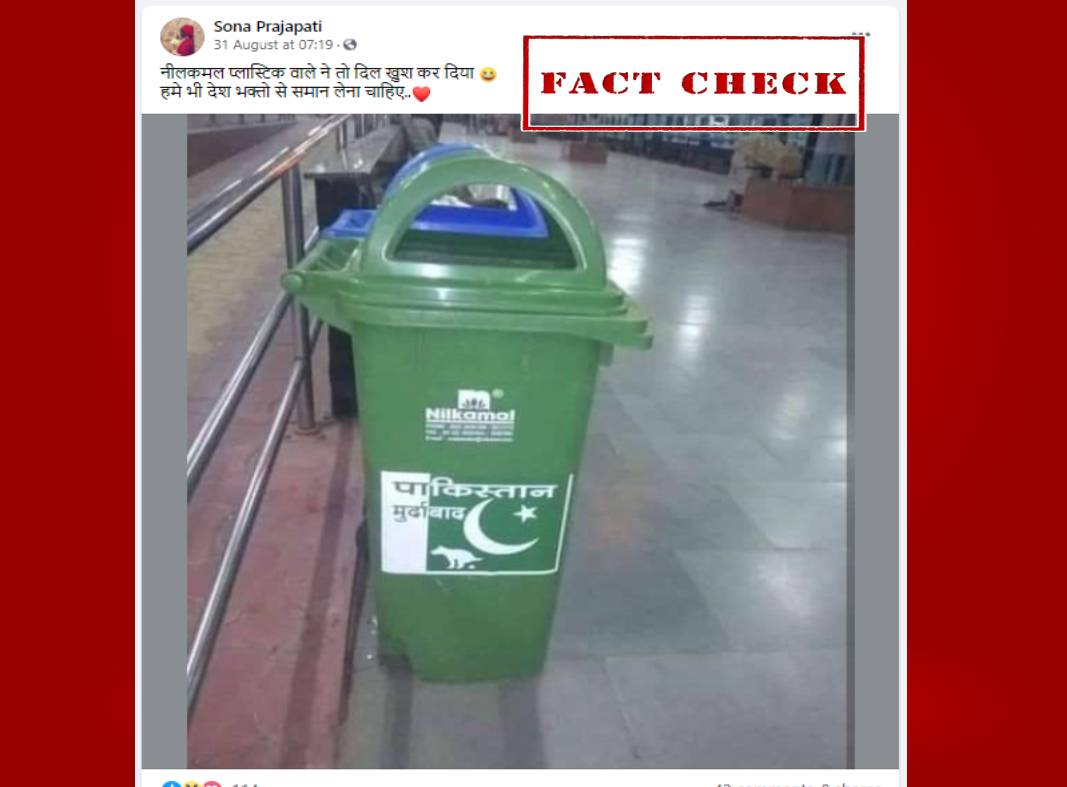 A post is doing rounds on social media in which an image of a dustbin made by ‘Nilkamal’ can be seen with ‘Pakistan Murdabad’ slogan printed on it.

The post is being shared with a caption that reads, “नीलकमल प्लास्टिक वाले ने तो दिल खुश कर दिया” (Which translates in English as, “Owner of Nilkamal Plastic has made us happy.”) 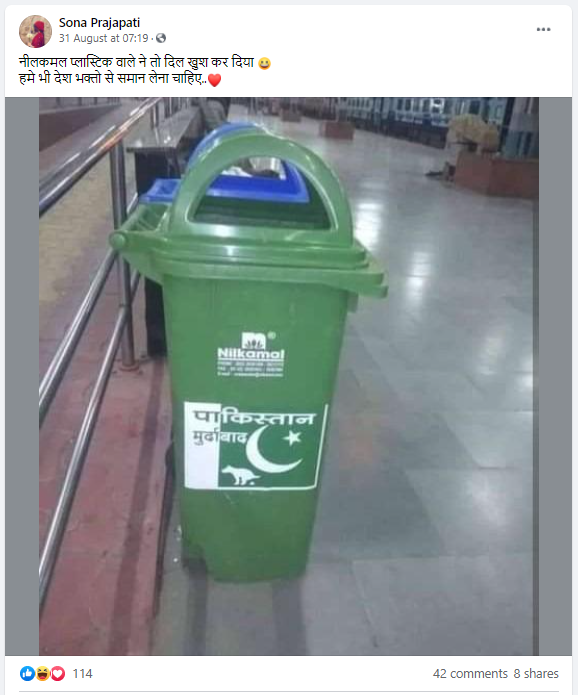 On doing a Reverse Image Search, we found that the same image was uploaded by a Twitter user, with the caption that read, “Dustbin at Udaipur Railway Sation Neelkamal Plastic company who Stole millions of Hearts.” 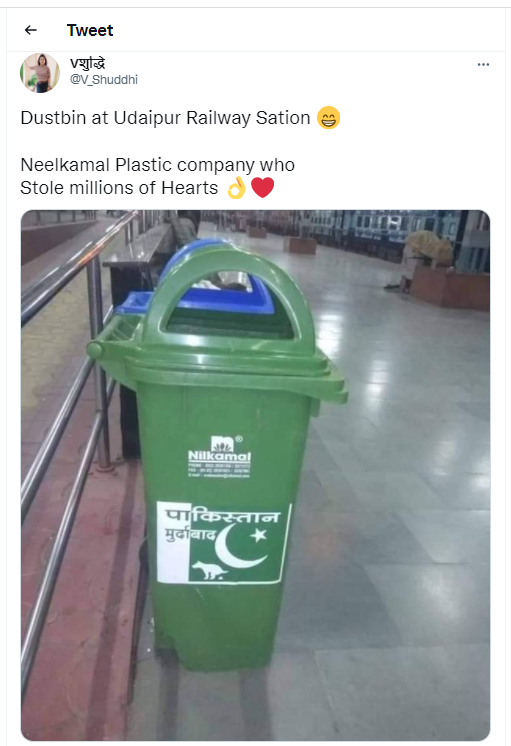 Taking a cue from the above post, we searched with appropriate keywords and found that the same image was uploaded by Patrika on February 22, 2019. The article associated with the image read that after Pulwama attack, a poster with ‘Pakistan Murdabad’ slogan was put on a dustbin by some miscreants at Udaipur City railway station. The article further stated that police came into action as soon as they came to know about the incident and  posters were removed from 10-12 dustbins. 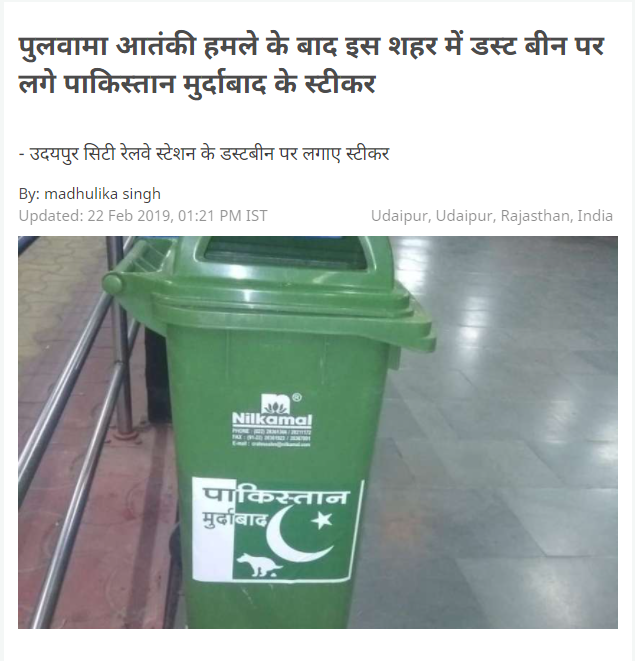 They Twitted an image of a press release that read, “A photograph that exhibits a morphed/distorted depiction of our product after being sold in the market with our trademark of ‘Nilkamal’ defaming a country has been doing the rounds on the internet. We would like to state that the image has not been created by us and we do not encourage this kind of behaviour. This violates our Intellectual Property and allied rights. We, therefore, request everyone to stop/withdraw dissemination/circulation of the said photograph and related material.”

Hence, we can ascertain the poster on the dustbin was put by some miscreants and not by Nilkamal Ltd. Thus the viral claim is fake.