Fact Check: This Picture Is NOT Related To Recent Lathicharge On Farmers In Haryana | Newsmobile
Wednesday, October 5, 2022

Home NM FACT CHECKER Fact Check: This Picture Is NOT Related To Recent Lathicharge On Farmers... 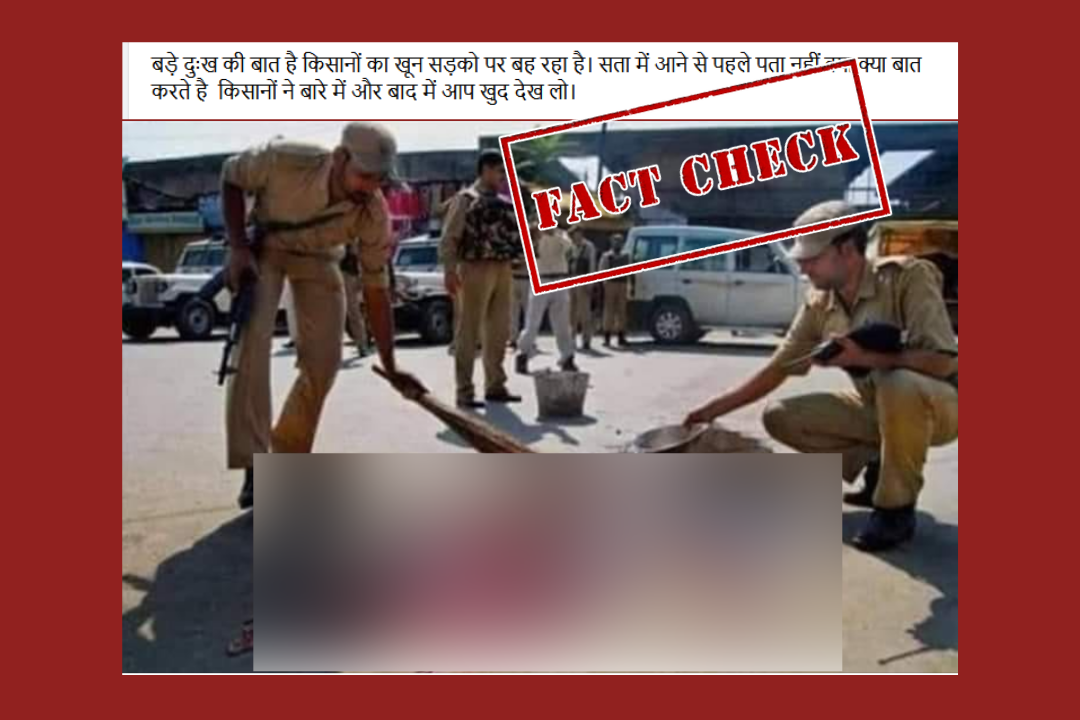 Days after Haryana cops lathicharged protesting farmers in Karnal, a picture showing some policemen washing bloodstains on a road started doing rounds on social media. The caption suggests that the picture is related to the recent scuffle.

(Translation: It is very unfortunate that blood of farmers flowing on the roads. They talk about farmers welfare before coming to power but look at the situation now) 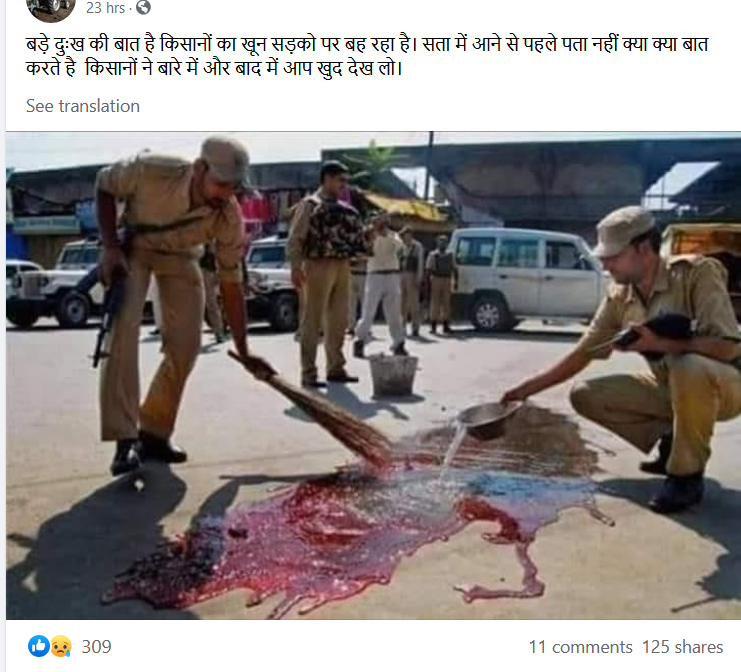 We fact-checked the post and found that the claim is fake.

We ran a Reverse Image Search on the picture which led us to a photo gallery by The Indian Express from October 2013. “CISF jawan killed in militant attack in Srinagar,” the description of the photo gallery read. 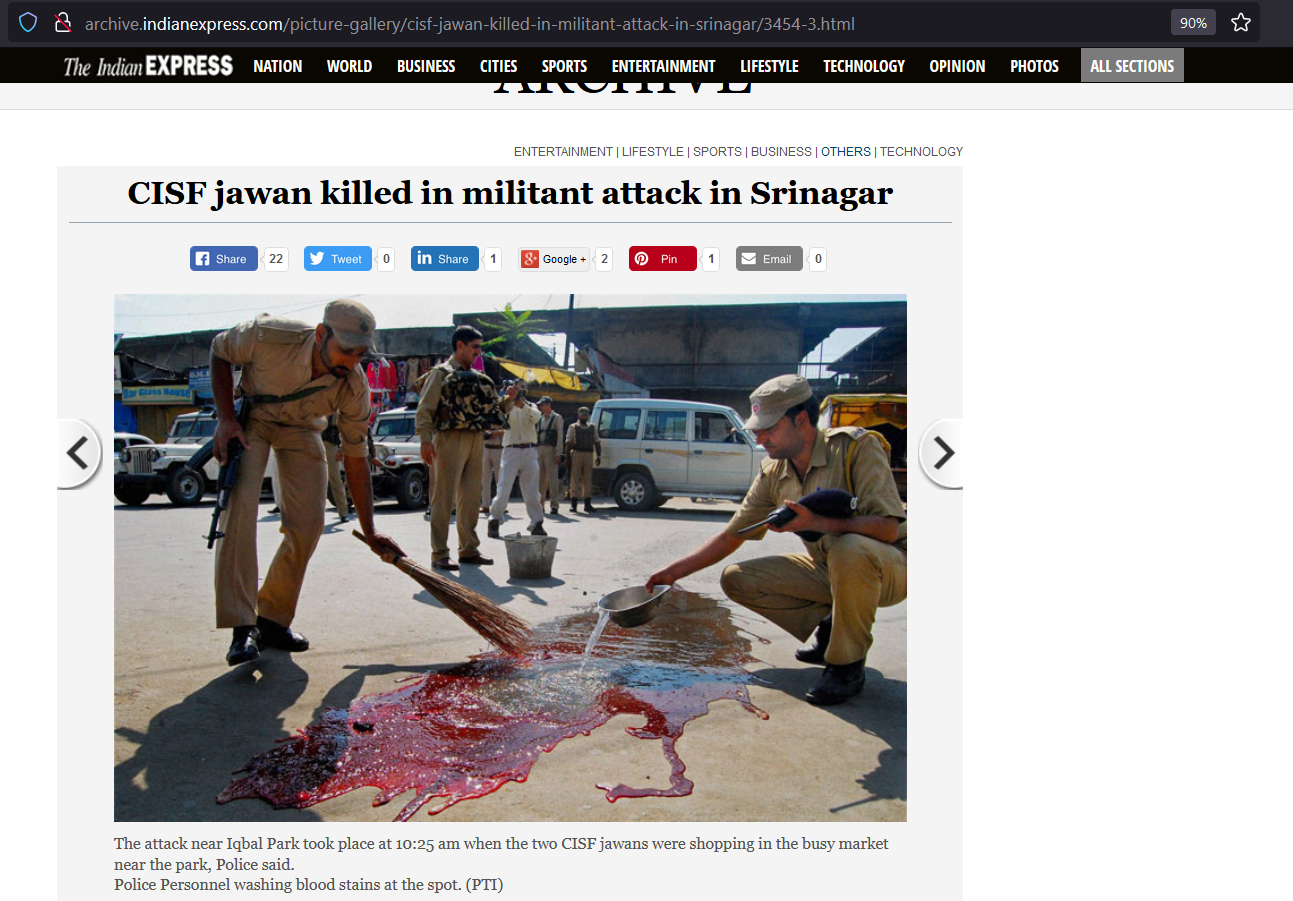 “The attack near Iqbal Park took place at 10:25 am when the two CISF jawans were shopping in the busy market near the park, Police said. Police Personnel washing blood stains at the spot (PTI)” the caption of the picture read.

On digging further, we found a report by The Hindu dated September 23, 2013, stating that two militants attacked two Central Industrial Security Force (CISF) jawans who were out shopping in the busy market near Iqbal Park in Srinagar.

According to the police, militants used silencer-fitted pistols and fired from a point-blank range at unarmed CISF jawans.

We found the picture on Press Trust of India website with the caption, ‘Srinagar: Police Personnel washing blood stains where two CISF personnel were killed by unidentified militants near Iqbal Park in Srinagar on Monday’. 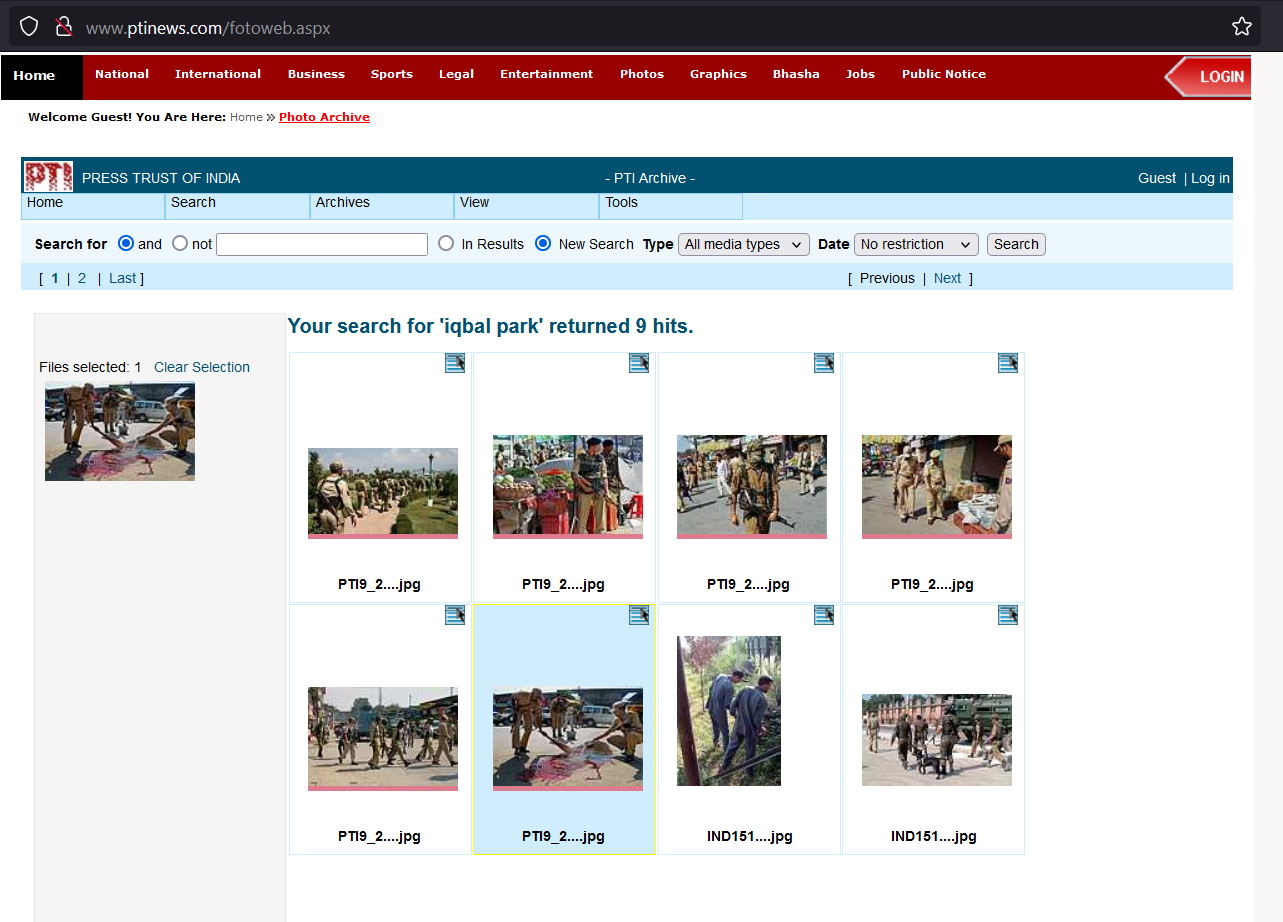 Hence, based on the above information, we can say that the picture is old and not related to the recent lathicharge on farmers in Karnal, Haryana.