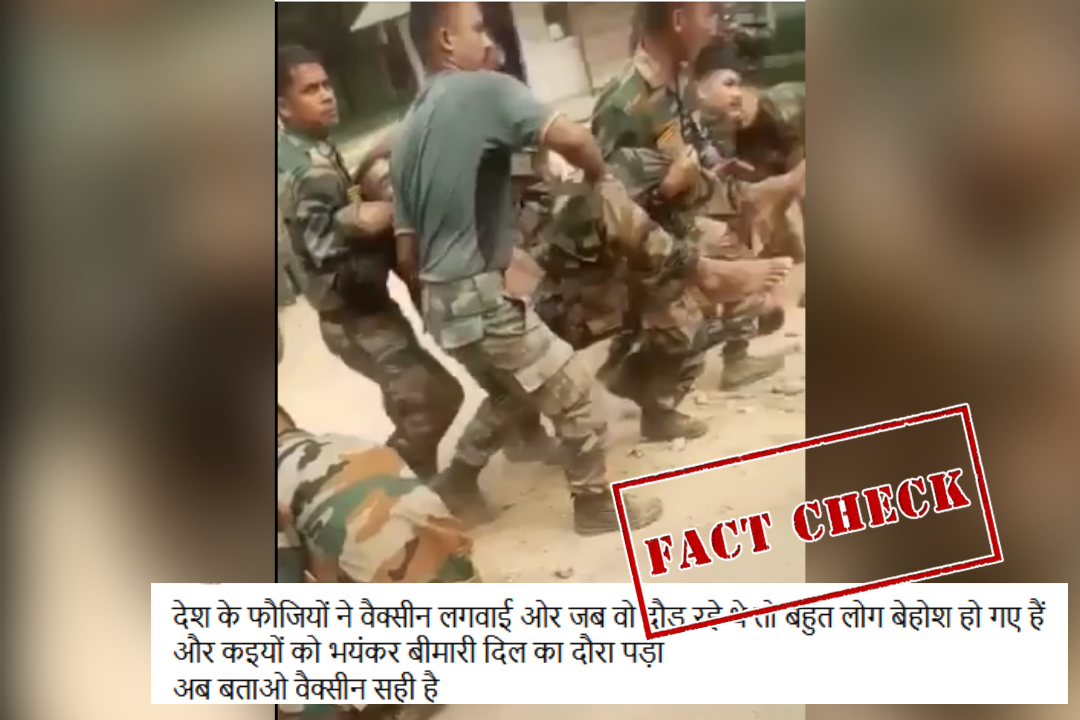 A video showing several Indian Army soldiers on the ground is doing rounds on social media. It is being claimed that they collapsed after taking COVID-19 vaccine.

(Translation: Soldiers got vaccinated and when they were running they become unconscious, many even had terrible heart attacks. Now tell me if the vaccine is safe) 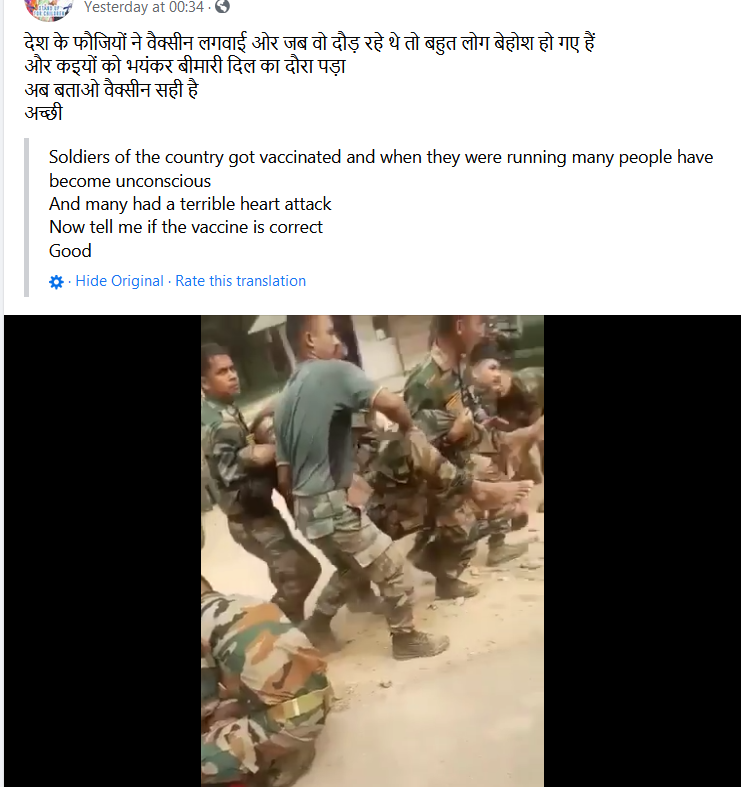 Find the above post here. Similar claims have been made on Facebook as well, which can be seen here and here.

As per the report, 9 Corps Recce Troop competition was held on August 21, 2021. During the event, 34 soldiers collapsed due to hot and humid weather conditions and were rushed to Pathankot Military Hospital but it does not mention anything about the COVID-19 vaccines.

Further, we found a video uploaded by video news platform Editorji on Twitter dated August 21, 2021. “One Army jawan died and four are in critical condition after more than 30 soldiers collapsed due to heat and exhaustion at an endurance run in Mamun military station near #Pathankot”, the tweet read. 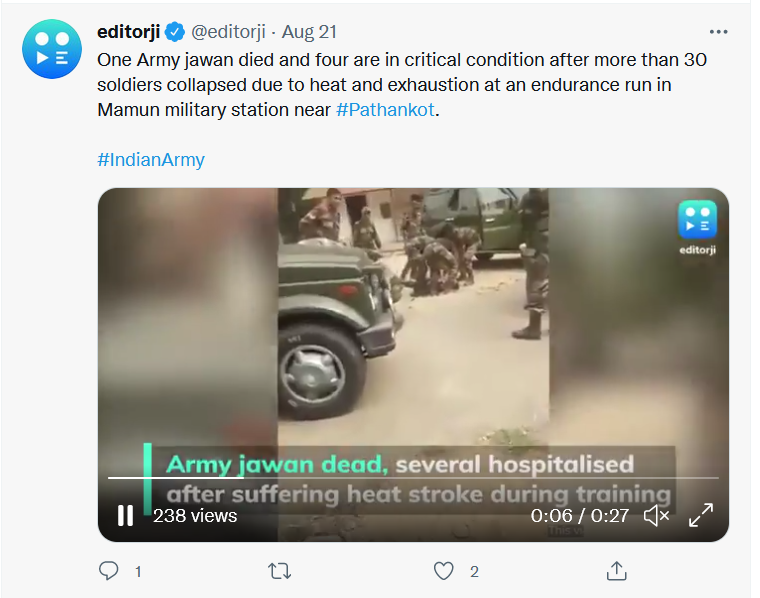 Further, we found a statement by the Indian Army on the incident on ANI’s Twitter handle. The statement mentioned that the soldiers collapsed due to extreme weather conditions.

In an organised, supervised and monitored training activity near Pathankot, due to severe weather conditions, there has been one fatal casualty & few individuals admitted in MH Pathankot. The affected persons are being provided with requisite medical care: Army sources

Several media outlets covered the incident. Reports can be read here, here and here. It should be noted that none of the reports mentioned anything about COVID-19 vaccines.

In conclusion, the information proves that the video of soldiers collapsing is not related to COVID-19 vaccines.