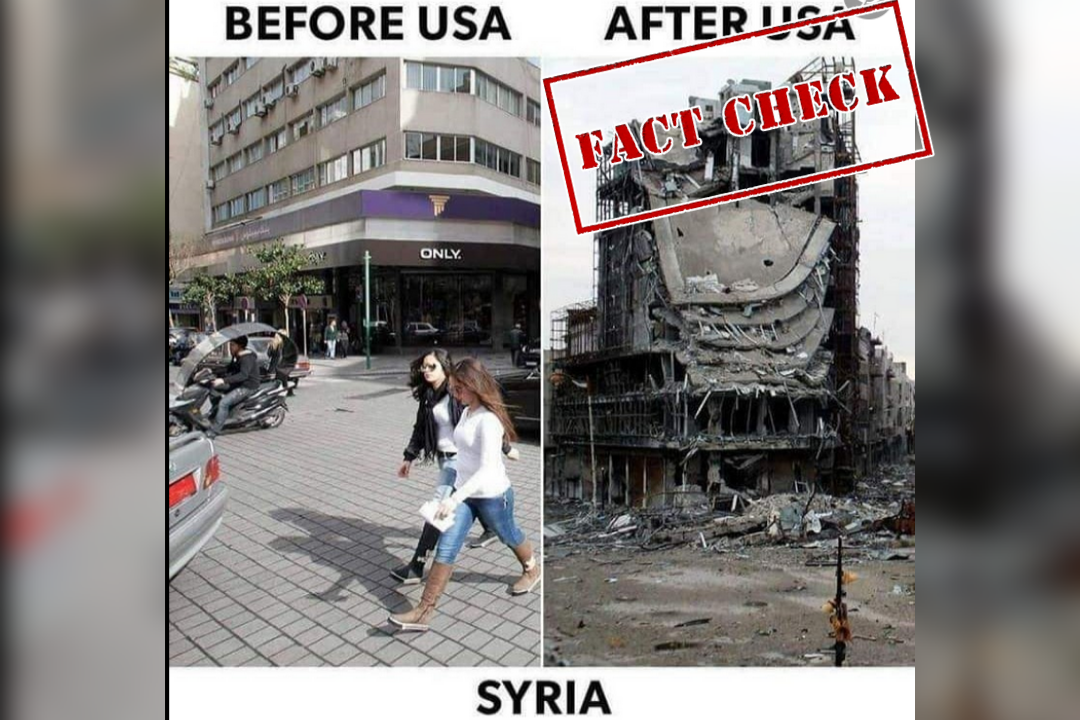 A collage of two images is being shared on social media. While in one image a multistorey building can be seen, in the other picture one can see a collapsed building. It is being claimed that both the pictures have been taken in Syria before and after the involvement of the United States.

The image is being shared on Facebook with the text, “Before USA, After USA – Syria”

A Reverse Image Search directed us to a photo stock website, Alamy, that carried the same viral image. The description mentioned that the picture was taken in Syria in 2017.

“Destruction in Jouret al-Shayah, a former opposition area in Homs. The city of Homs which is located in the centre of Syria was once an anti-Assad government real forces’ stronghold,” the description of the picture read.

Searching further, we found the same image uploaded on British public broadcaster, BBC‘s website as well. The report mentioned that the picture shows bombardment of the Baba Amr district of Homs, Syria. 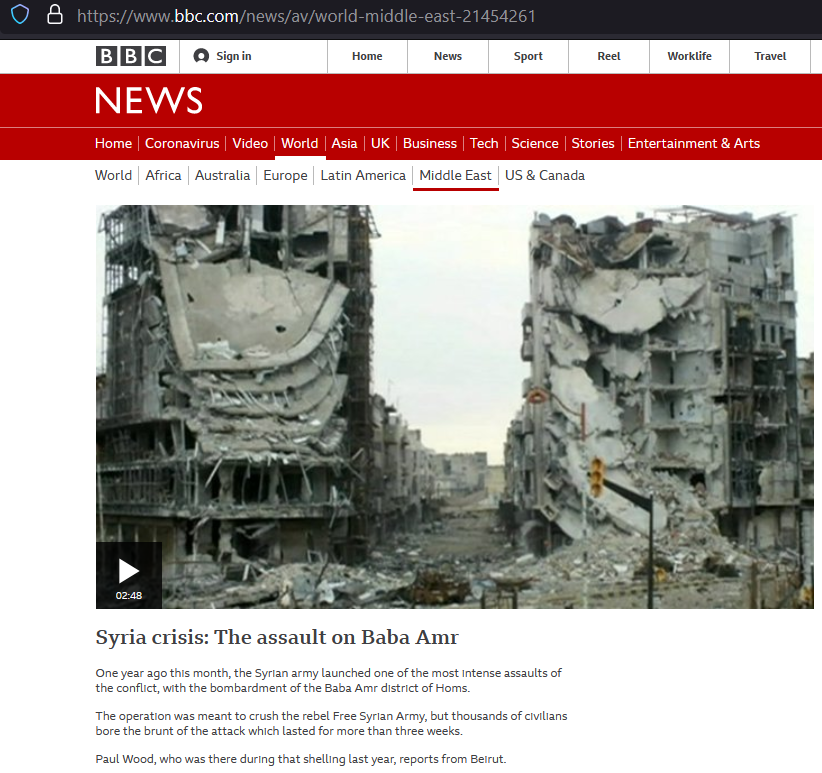 From the above information, it is clear that the image is from Syria.

We ran a Reverse Image Search on the second picture and found it on a photo stock website, Alamy. The description of the picture states that the picture was taken in Beirut’s capital Lebanon in 2011.

“Women cross the busy Hamra street in Beirut January 26, 2011. Hundreds of angry protesters burnt tyres and blocked roads across Lebanon on Tuesday after a Hezbollah-backed politician was named prime minister, shifting the balance of power in the country towards Syria and Iran,” the description read.

We found the same image on the Reuters website as well. The website mentions that the picture shows Beirut’s Hamra Street. 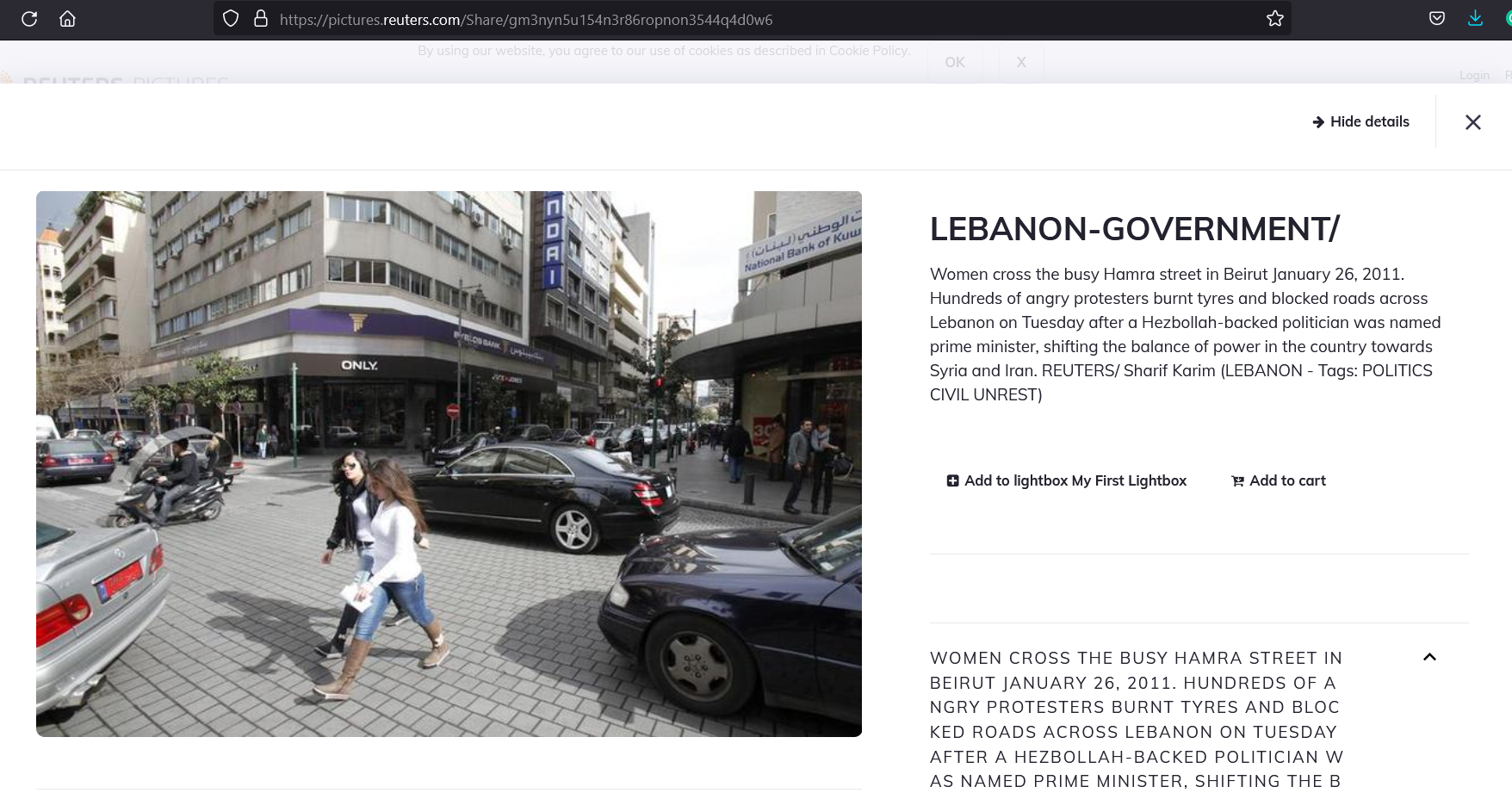 Then, we tried to find the location of the same building and found that the building is located in the city of Beirut, Lebanon. 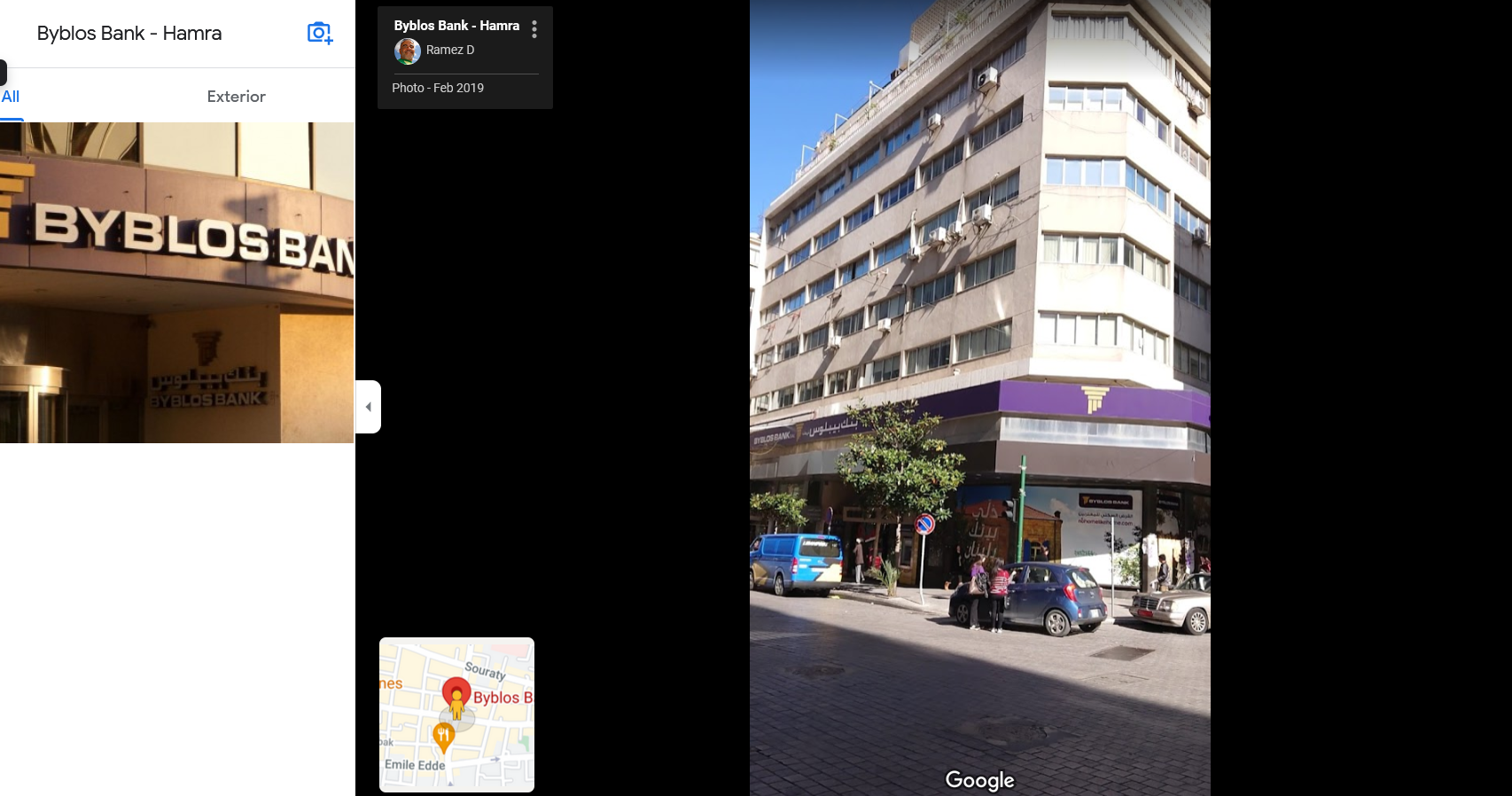 This proves that the viral image is of a street in Lebanon, not Syria.

Thus, it is evident that images from two different countries are being shared as that of Syria. Therefore, the viral claim is false.