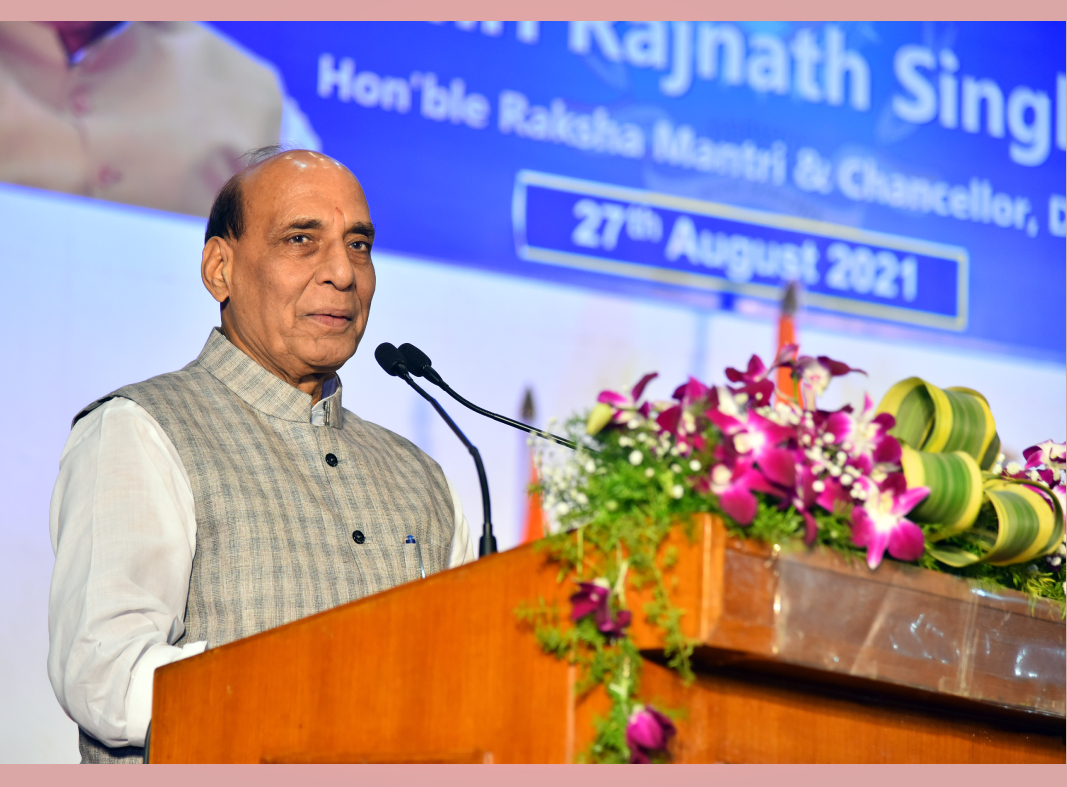 Defence Minister Rajnath Singh on Saturday said the country has a great opportunity to become an indigenous shipbuilding hub and the government has introduced policies that will help the domestic industry become world-class players.

Speaking at the ceremony in Chennai today while commissioning the indigenously built Indian Coast Guard Ship Vigraha, the Defence Minister said, “Reports suggest that in the next one or two years, that is, by 2023, the expenditure on security around the world is going to reach 2.1 trillion US dollars. Most of the countries do not even have this level of budget for a whole year!” “In such a situation, today we have great scope to make full use of our capabilities, take advantage of policies, and move towards making the country an indigenous shipbuilding hub. I am happy to say that considering these possibilities, the government has already brought out such policies which help our domestic industry, be it public or private sector entity, to become world-class players,” said the Minister.

Singh added, “Today, as we celebrate the 75th anniversary of our Independence, it is our commitment to move forward towards fulfilling the dreams of our national heroes and ancestors, the great men.”

“The ‘ALH’ manufactured by HAL can also be operated on this ship. I see this as a symbol of how the government, coast guard, and public and private sector together can protect the integrity and sovereignty of this country. Friends, the journey that started from ‘Vikram’ between the Ministry of Defence, Coast Guard and L&T has reached ‘Vigraha’ today through ‘Vijay’, ‘Veer’, ‘Varaha’, ‘Varad’ and ‘Vajra’,” the Defence Minister said.

Speaking about the word ‘Vigraha’, the minister said, “The word ‘Vigraha’ has very beautiful interpretations in our texts. On the one hand, its meaning has been told to be ‘free from any kind of bondage’, on the other hand, it has also been interpreted to mean the specific ‘bondage of one’s duty and obligations’.”

“It is my firm belief that this ‘Vigraha’ of ours, completely free from the shackles of any kind of challenges, and having specific bonds of service and duties to the nation, will become a successful watchdog of the coastal borders of our country,” he said.

Earlier today, he lauded the efforts of the Indian Coast Guard and said, “I am happy to note that in the last two years, in cooperation with our neighbouring countries, the Coast Guard has recovered goods worth more than Rs 10,000 crores, while dealing with smuggling activities.”

“In the 2008 report on Ocean and Law of the Sea, then UN Secretary-General outlined seven specific threats to maritime security. These included piracy, terrorism, illicit trafficking of arms and narcotics, human trafficking, illegal fishing and damage to the environment,” said Singh.

“All these activities are equally responsible for adversely affecting our maritime domain as they are anywhere else. Similarly, in today’s inter-connected world, the activities going on in any part of the world inevitably have an impact on the other parts of the world. By surmounting the challenges of the coastal areas of India, you are playing an important role not only in the regional interest but also in the fulfillment of global interests,” he said.

Speaking about relations with other countries, Singh said, “Today, the world is changing very rapidly. Economic, political, and trade relations between countries are constantly fluctuating. Nothing can be said about the next news coming from another country.”

“Our country can not remain untouched by these developments. This applies all the more to a country like ours, being a country whose interests are directly linked to the Indian Ocean,” he said.

The Minister further said, “The Indian Ocean region, with more than two-thirds of the world’s oil shipments take place, one-third of bulk cargo and more than half of container traffic, serves as a key route in achieving the world’s own interests.”

“Changes happening around the world often become a matter of concern for us. We, as a nation, must keep our guards high during these times of uncertainties and upheavals around the world. Due to global security reasons, border disputes, and maritime dominance, countries around the world are moving towards modernizing and strengthening their military power. The demand for military equipment is increasing continuously,” he said.

Indian Coast Guard (ICG) Ship Vigraha, seventh in the series of Offshore Patrol Vessels (OPVs), was commissioned by Rajnath Singh in Chennai today. The ship will be based in Visakhapatnam, Andhra Pradesh and operate on the eastern seaboard under the Operational and Administrative Control of the Commander, Coast Guard Region (East).