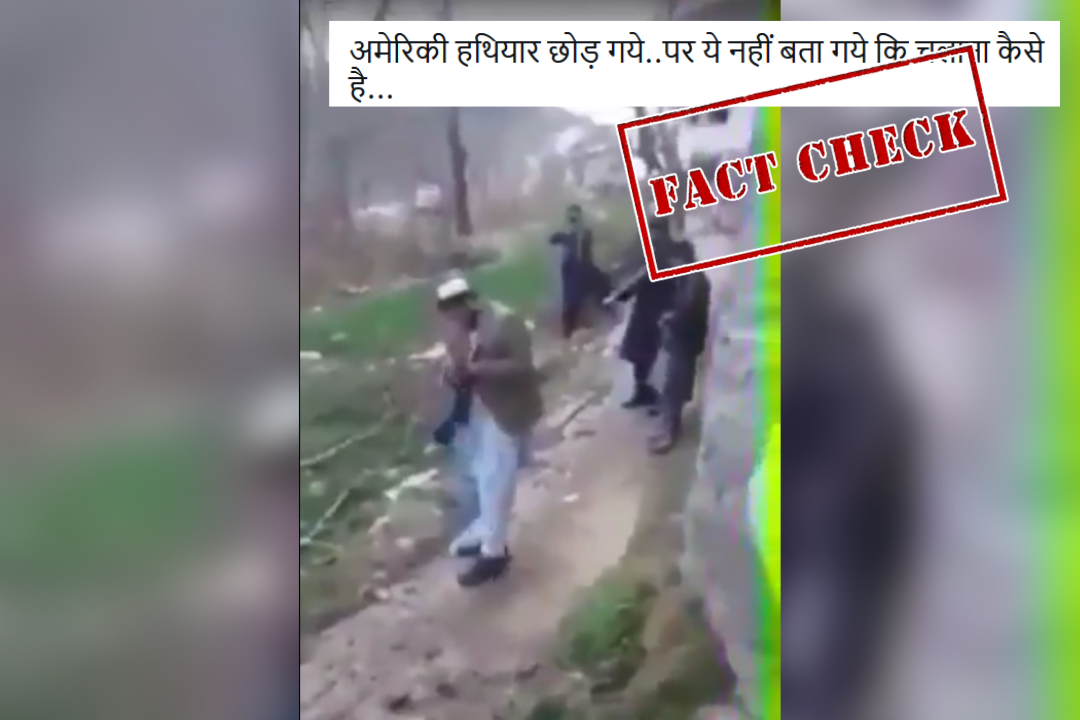 A video showing a man accidentally shooting himself while fiddling with a gun is being shared on social media with a claim that a Taliban militant shot himself while trying to figure out how an American gun works.

(Translation: Americans left their weapons.. but did not explain how to operate…) 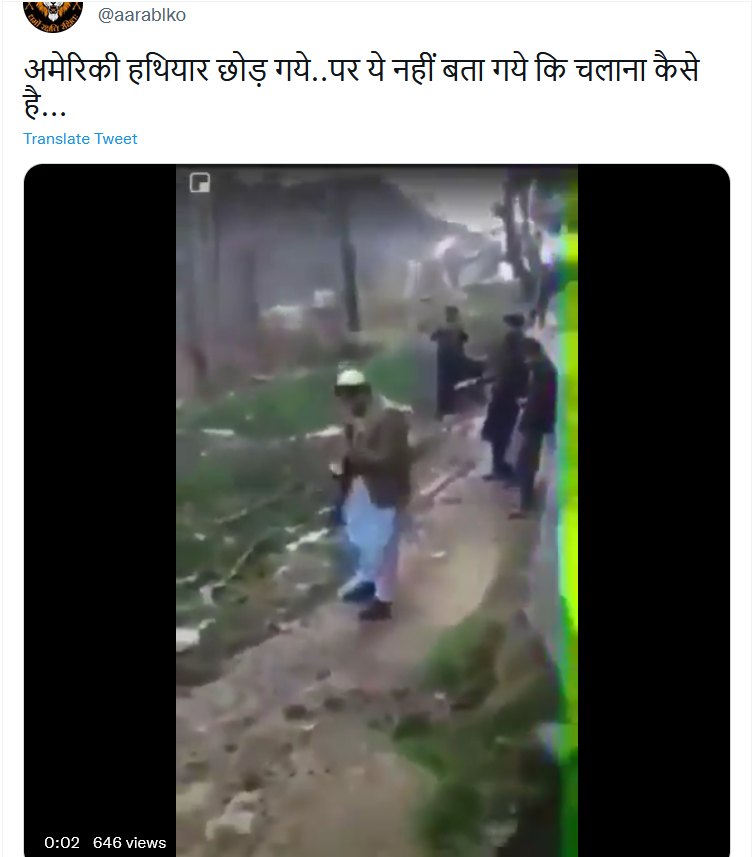 Here’s the link to the above post. Similar posts can be seen here, here, here and here.

Upon extracting keyframes of the video and putting them through Reverse Image Search, we found a report on a Mexican website, Laneta Noticias, dated February 6, 2019, carrying snapshots of the video. The headline in Spanish can be translated to, “They record a subject carrying an AK-47; blows his head off by accident”. 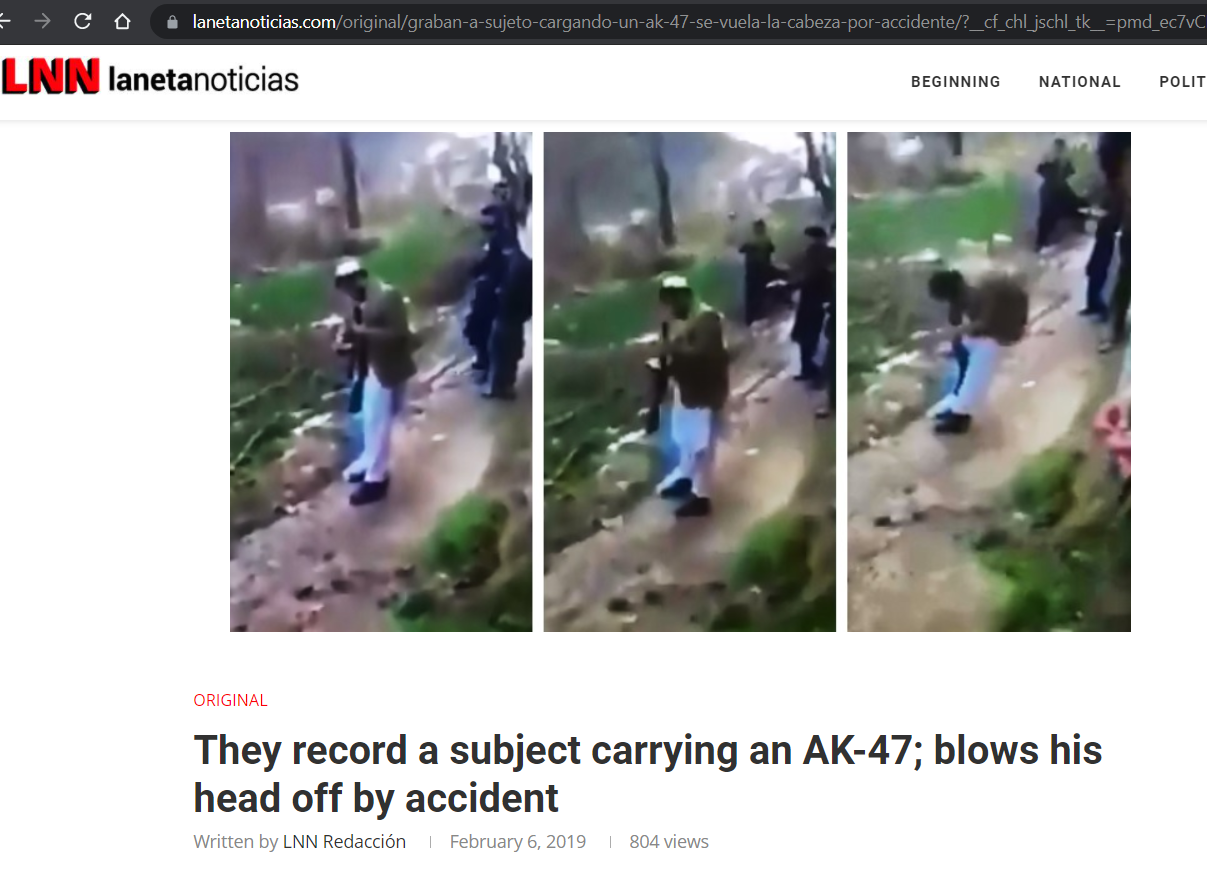 The report mentions that this video of a person carrying an AK-47 is being shared online but it does not mention the location of the video.

The footage has been attributed to Liveleak, a website known for sharing gory and violent videos. We found that the website has now been shut down.

We found a snapshot of the video in a report on another Mexican website published on February 9, 2019. 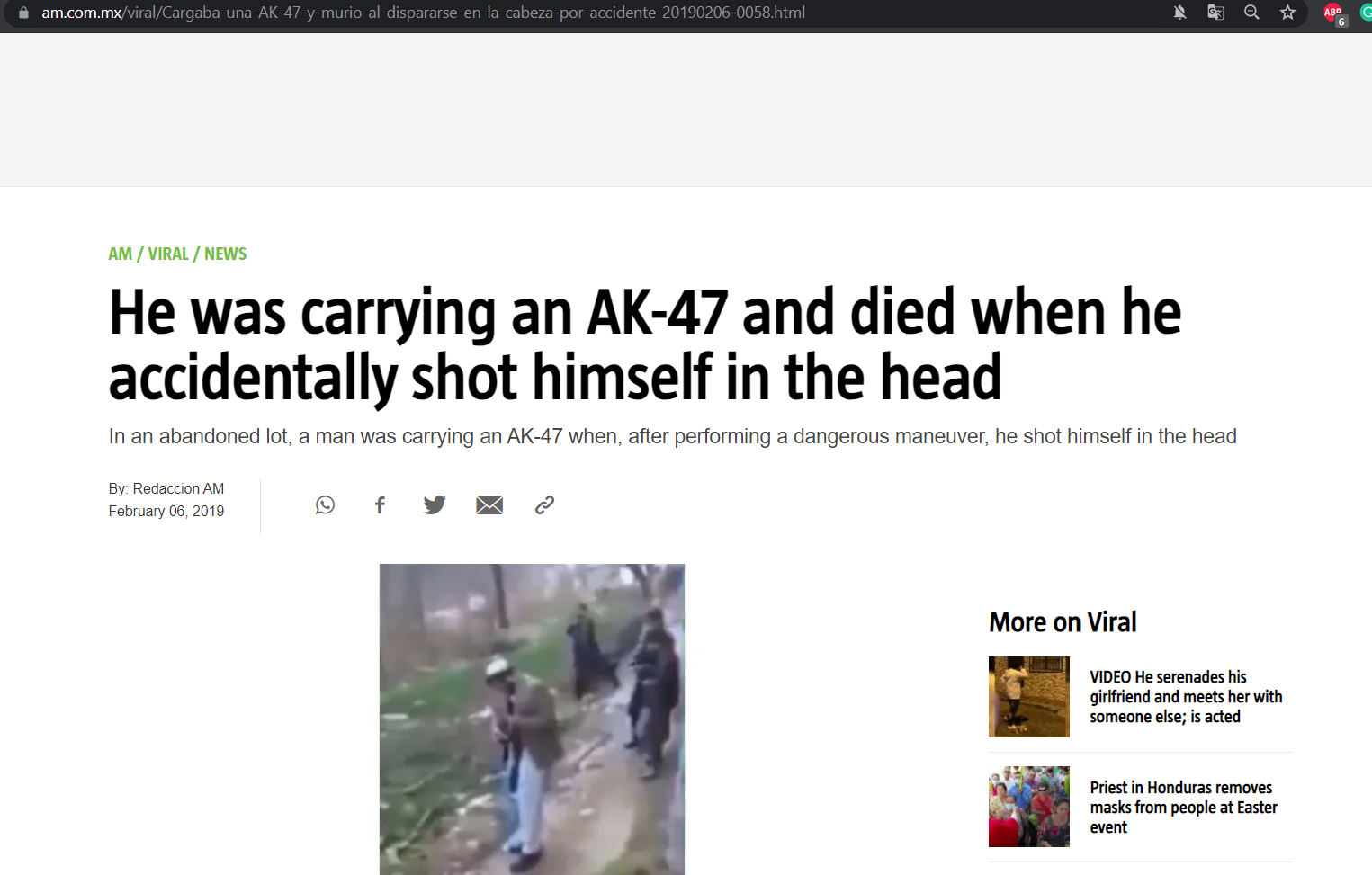 The location of the video was not mentioned in the report either.

The real reason ISIS are on the back foot – endemic idiocy leading to premature expiration.

(I think this might be the same incident as the video posted earlier, just from a different angle. I’m assuming even this mob wouldn’t be stupid enough to let it happen twice) pic.twitter.com/xJm4hxcAxi

Further, we found that the US announced troop withdrawal from Afghanistan on November 17, 2020, whereas the video is in circulation since 2019. 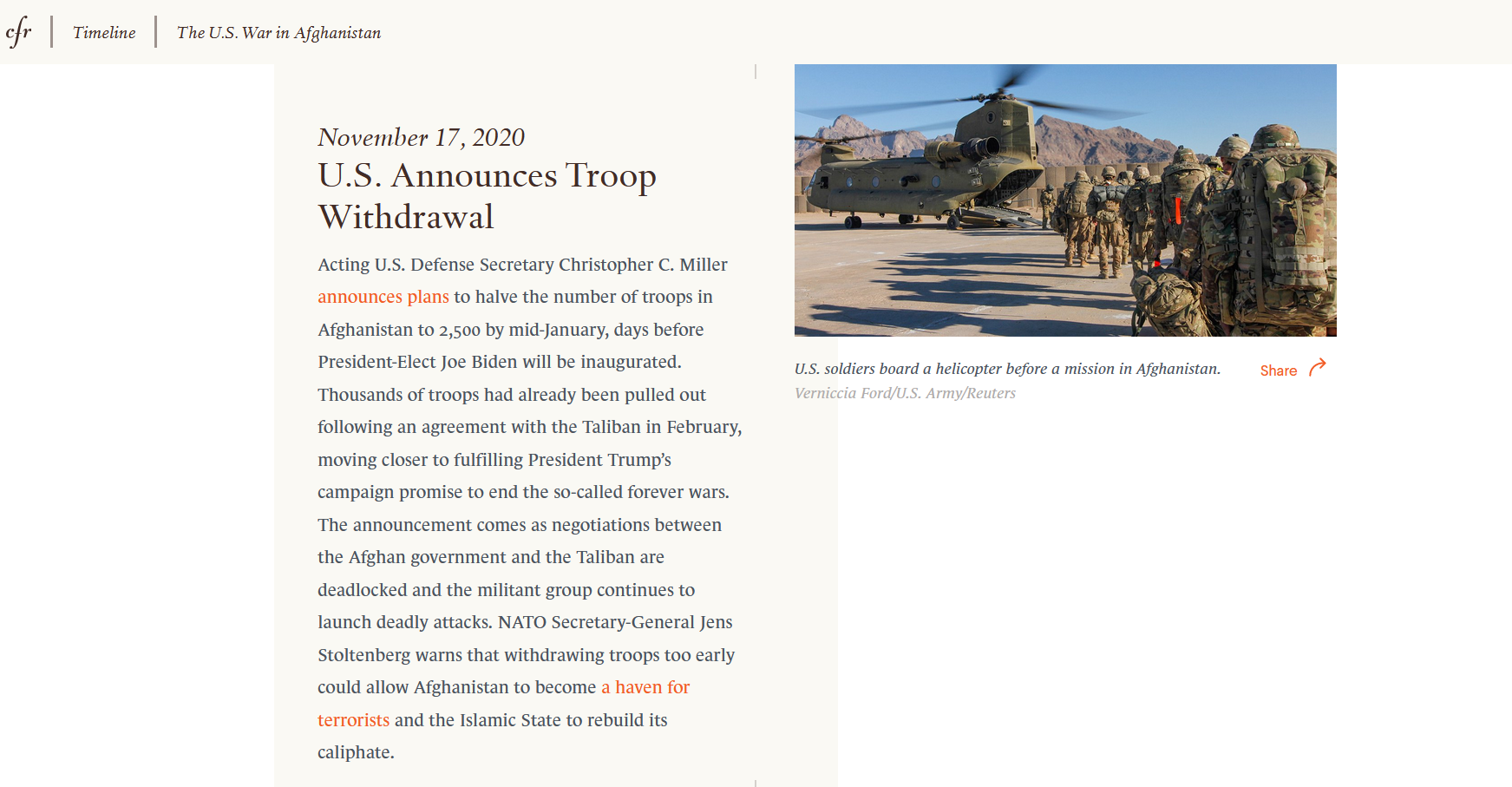 NewsMobile independently couldn’t verify the origin and the location of the video, however, from the above information, it is clear that the video is old and not related to the recent Taliban takeover.
Hence, it can be stated that the video does not show a Taliban militant shooting himself accidentally using an American weapon.