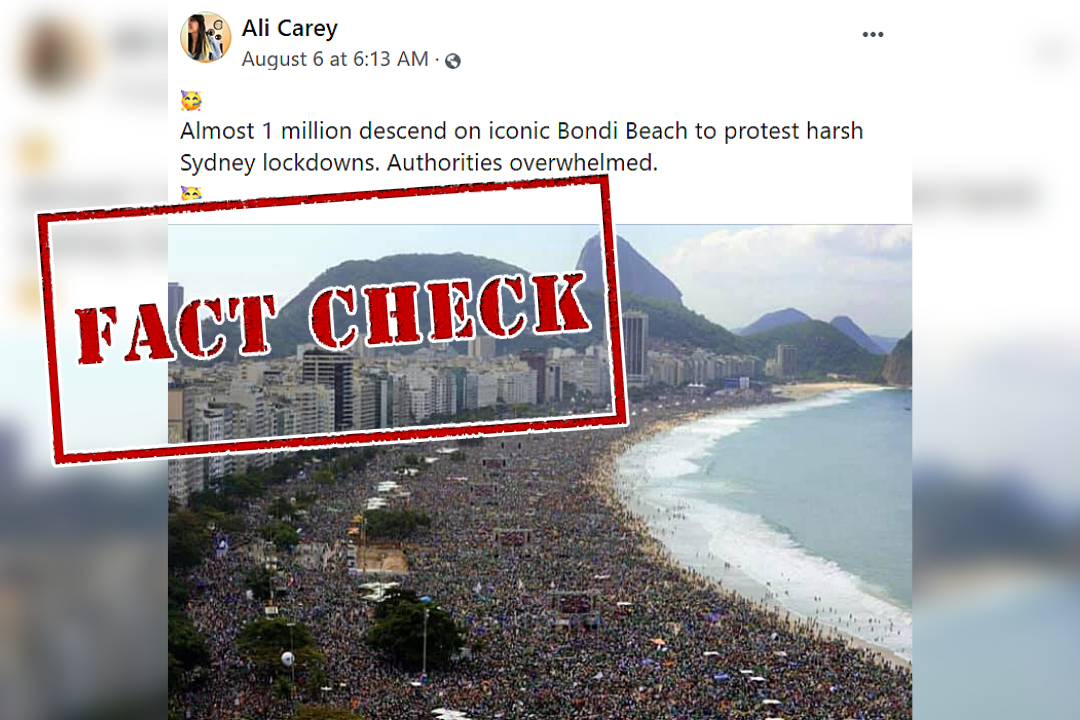 An image showing a sea of people on a beachfront has gone viral on social media claiming that it depicts massive anti-lockdown protest taking place at Bondi Beach in Sydney, Australia.

The image is being shared on Facebook with a caption that reads, “Almost 1 million descend on iconic Bondi Beach to protest harsh Sydney lockdowns. Authorities overwhelmed.” 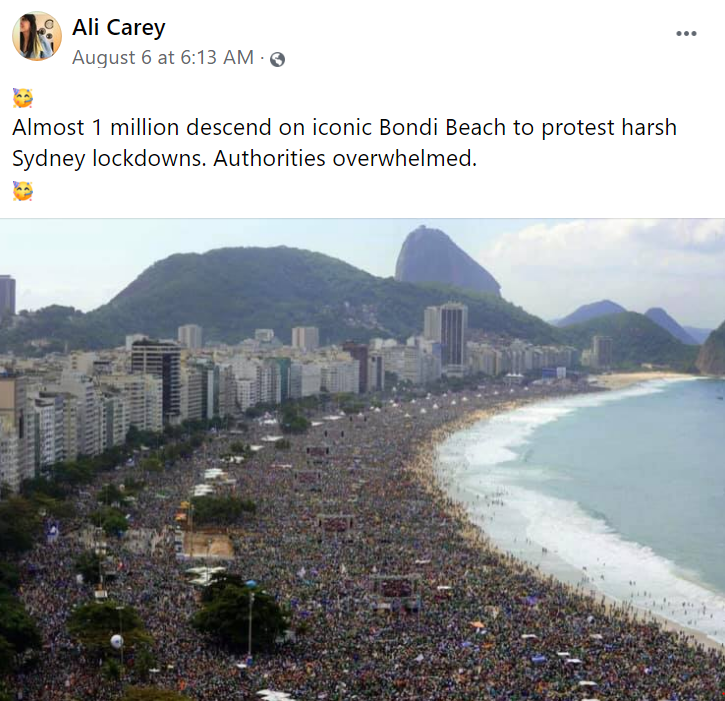 A simple Reverse Image Search directed us to Getty Images that carried the same image and uploaded it on July 28, 2013, with a caption that reads, “Hundreds of thousands of people crowd Copacabana Beach in Rio de Janeiro on July 28, 2013, as Pope Francis celebrates the final mass of his visit to Brazil. Throngs of pilgrims attending World Youth Day (WYD) spent the night sleeping on the beach before Sunday’s final mass, while the city’s mayor said he expects up to three million people to pack the beach for the occasion.” 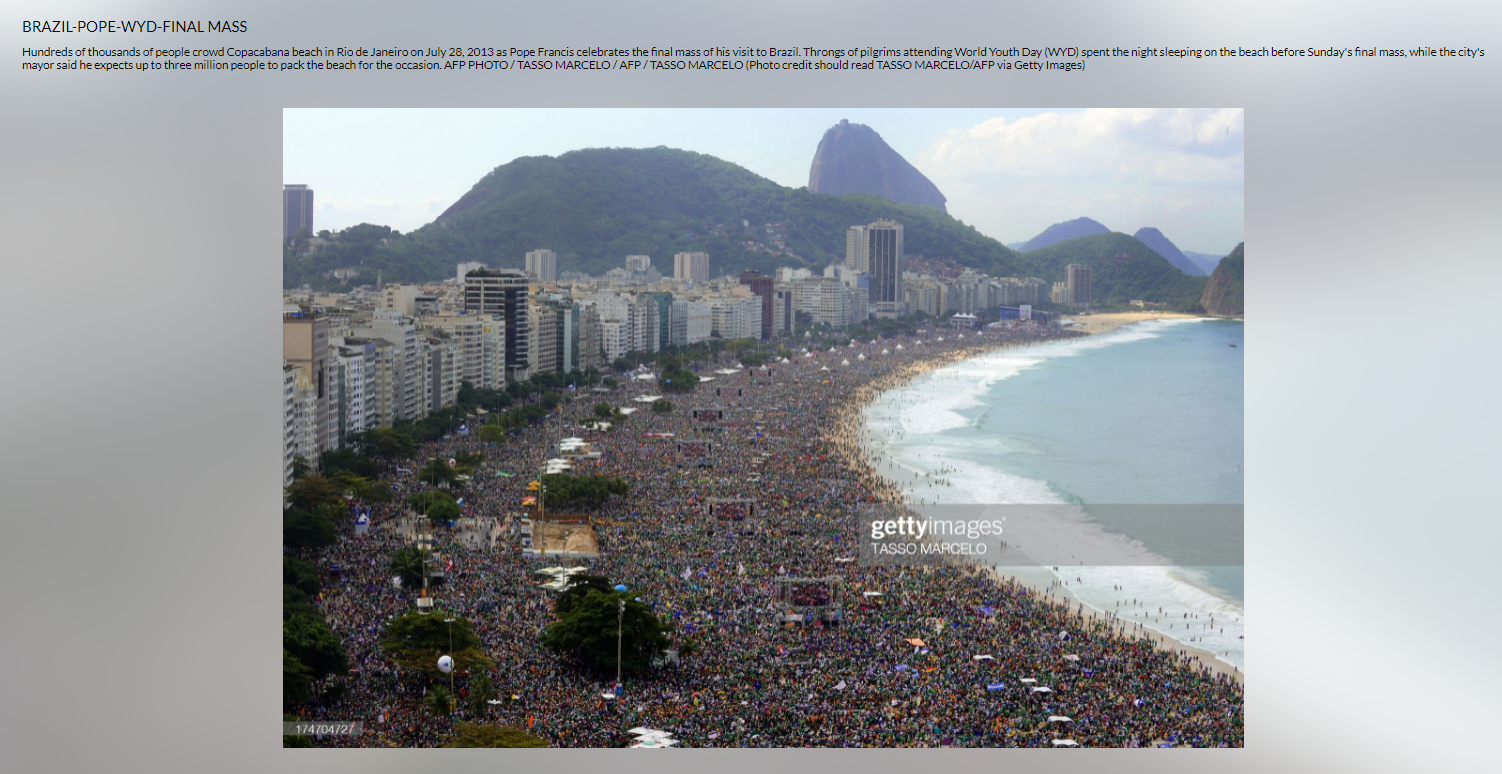 Below is the comparison of the original image and image from Getty Images.

Taking a cue from this, we also found many news articles published in 2013 that carried similar images of the event. A CBS News article published on July 28, 2013, stated, “An estimated 3 million people poured onto Rio’s Copacabana beach on Sunday for the final Mass of Pope Francis’ historic trip to his home continent, cheering the first Latin American pope in one of the biggest turnouts for a papal Mass in recent history.” 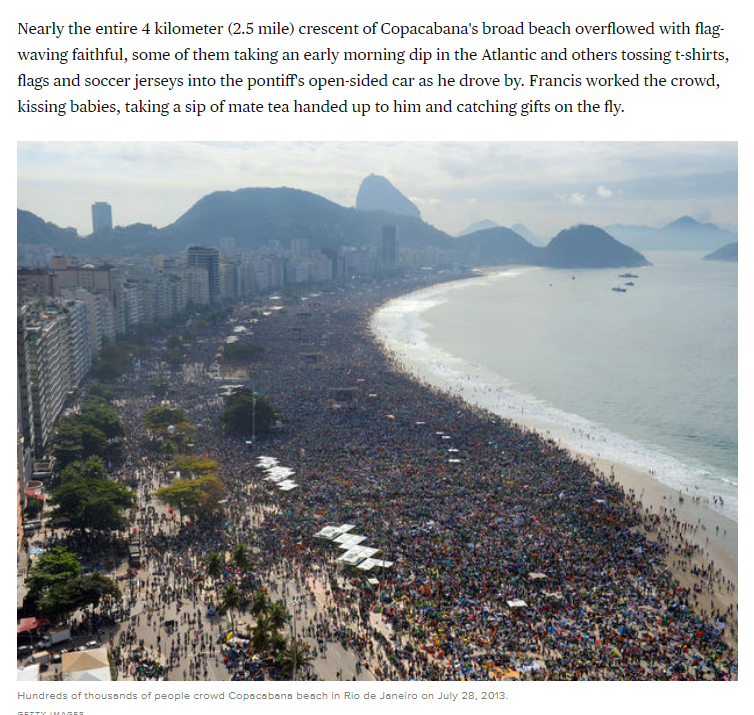 Thus, it is evident from the above information that an old image from Brazil is being falsely shared as that of recent anti-lockdown protests in Australia. Therefore, the viral claim is misleading.