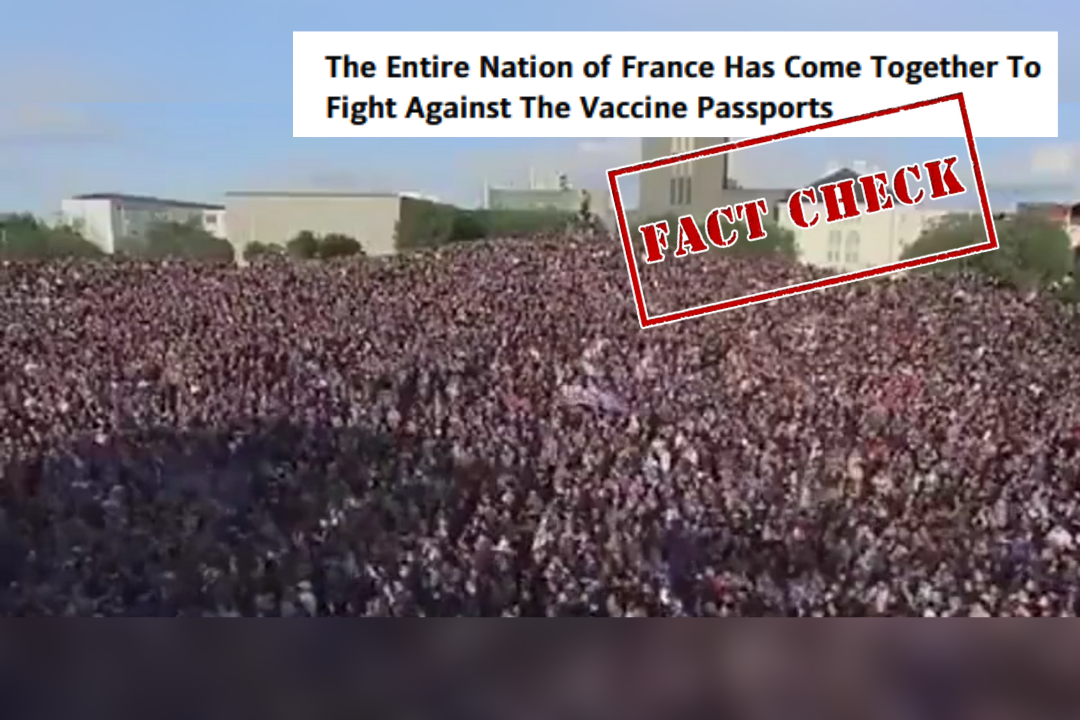 A post is being shared on social media, in which a massive crowd can be seen. It is being said that it shows mob protesting against vaccine passports in France.

The image is being shared with a caption that reads, “The entire nation of France has come together to fight against the vaccine passports”.

On extracting some keyframes of the video and doing a Reverse Image Search, we found that the same video was uploaded on YouTube on July 5, 2016. The title of the video read, “10000 Iceland fans clapping Viking chant – Palmadas vikingas (03-07-2016).”

The description of the video read, “Iceland fans perform a rousing ‘Viking clap’ in support of Euro 2016’s smallest country participant, at Arnarhóll in Reykjavík where the game was shown on jumbo screen.”

Proud Icelanders showed their support for the 333,000-strong nation with a stirring performance of the Viking clap – a slow, melodic chant that became synonymous with fans throughout their Euro 2016 campaign.

We found the same video on a sports website, Benchwarmers‘ Twitter handle. The video was uploaded on July 4, 2016, and mentioned that the video shows Icelanders do the Viking cap.

On putting some keywords, we found a report on The Washington Post dated July 5, 2016, covering the same incident. “Watch: A huge chunk of Iceland’s population does the Viking clap to welcome home their heroes,” the headline of the report read. 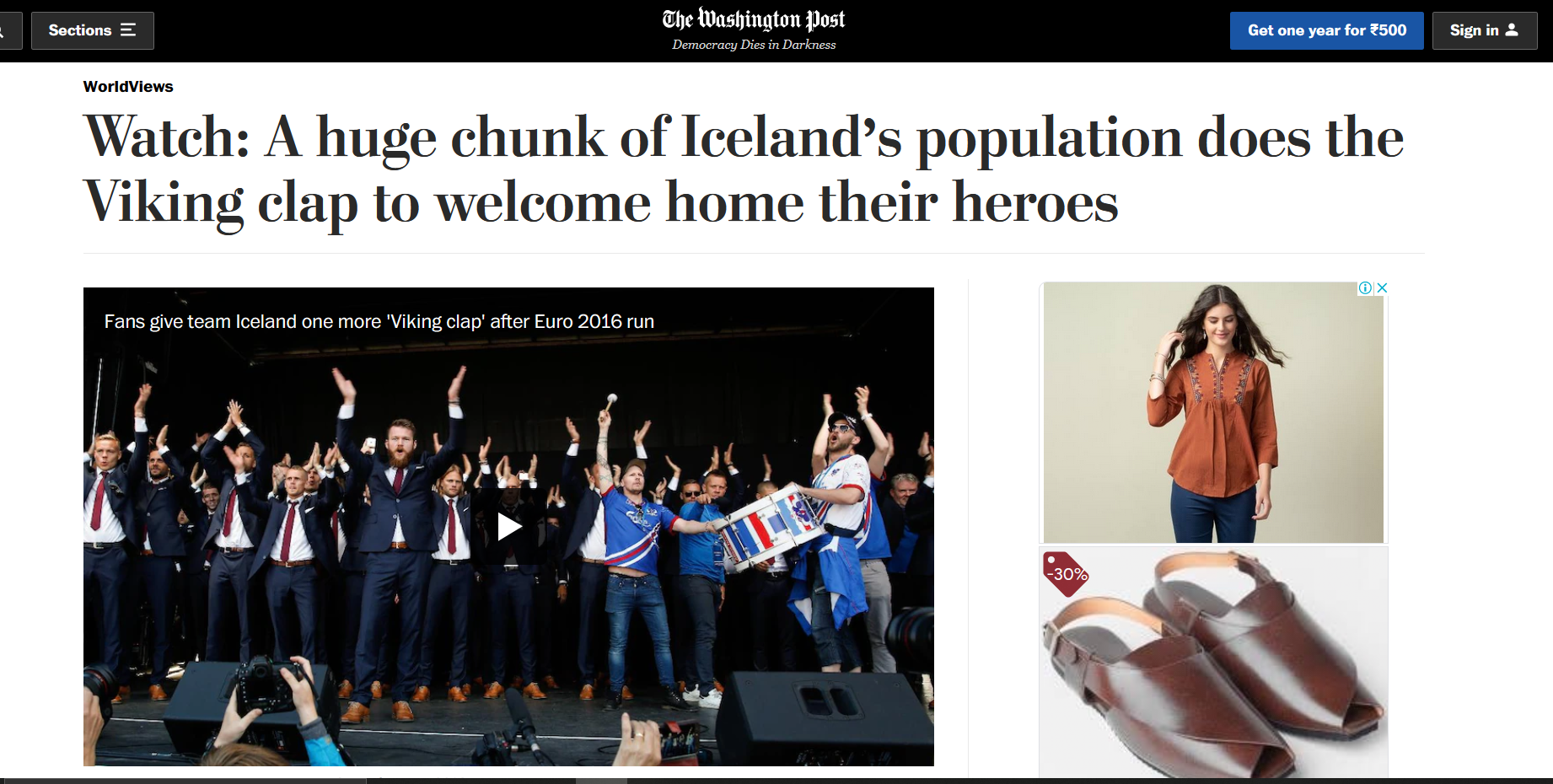 As per the report, people were celebrating because despite being one of the smallest countries in Europe, it had defeated a much-fancied English team in the earlier game.

Finally, we looked for Arnarhóll Hill in Iceland’s capital Reykjavík on Google maps and found a building that is also visible in the video.

On comparing both the snapshots, it becomes clear that the video is taken in Iceland. 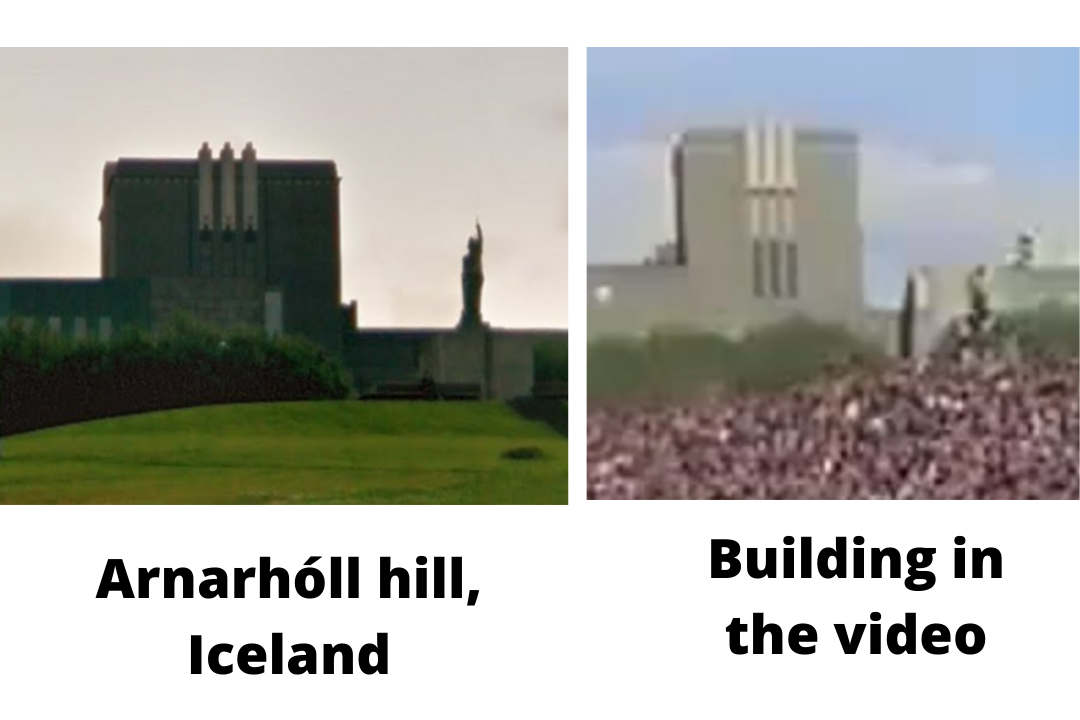 Hence, we can conclude that the video was taken in 2016 in Iceland and is not associated with the ongoing protests in France against vaccine passports.

NewsMobile had debunked similar claims earlier as well where old pictures and videos were being shared as recent anti-vaccination protest in France.

Fact Check: This Viral Image Does Not Show People Protesting Against The Lockdown In France

Fact Check: No, This Viral Image Does NOT Show Anti-Vaccination Protests In France

Phase 2 Polling Underway In Gujarat; PM Modi To Cast His...