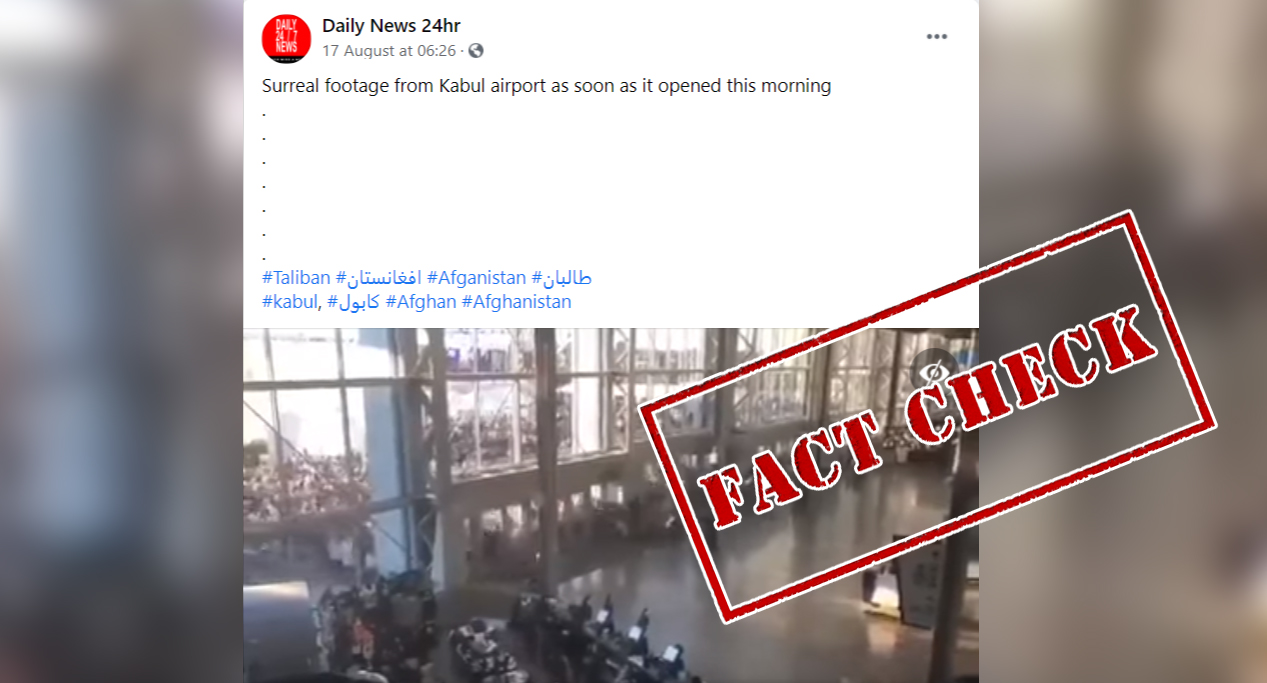 A video of a huge crowd rushing inside a building compound is doing rounds on social media with a claim that it shows the current scenario at Kabul airport after Taliban’s takeover of Afghanistan.

The video is being shared on Facebook with a caption, “Surreal footage from Kabul airport as soon as it opened this morning.” 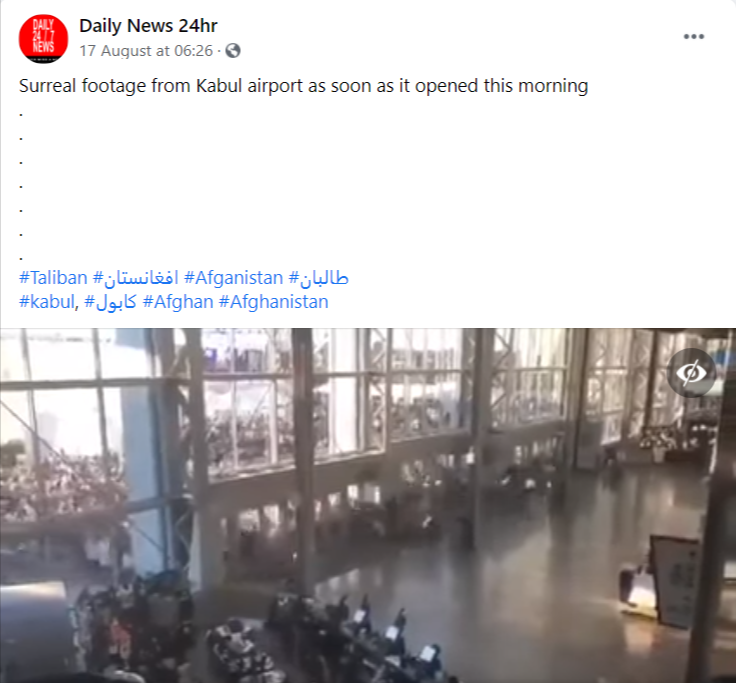 Here’s the link to the above post. More posts can be seen here, here and here.

We extracted keyframes of the video and put them through Reverse Image Search. The search led us to the same video which had been uploaded on YouTube in January 2019. The title of the video read, “Cowboys vs. Seahawks Fans storm into AT&T Stadium for Cowboys-Seahawks Allem Hurns Dallas cowboys.”

We found that the same video was also shared by Sports Illustrated, an American sports magazine, on January 6, 2019.

We scanned through Google images and street view of the stadium and found that the video is from AT&T Stadium situated in Arlington, Texas in the United States.

This proves that the viral video is old and not of Kabul Airport.

However, after the Taliban took over Afghanistan on August 15, 2021, several videos of crowd of people rushing towards Kabul airport, hoping to escape the country, surfaced online. According to a report by the Insider dated August 24, 2021, “The crowds at Kabul airport are so large that they can be seen in satellite photos.” 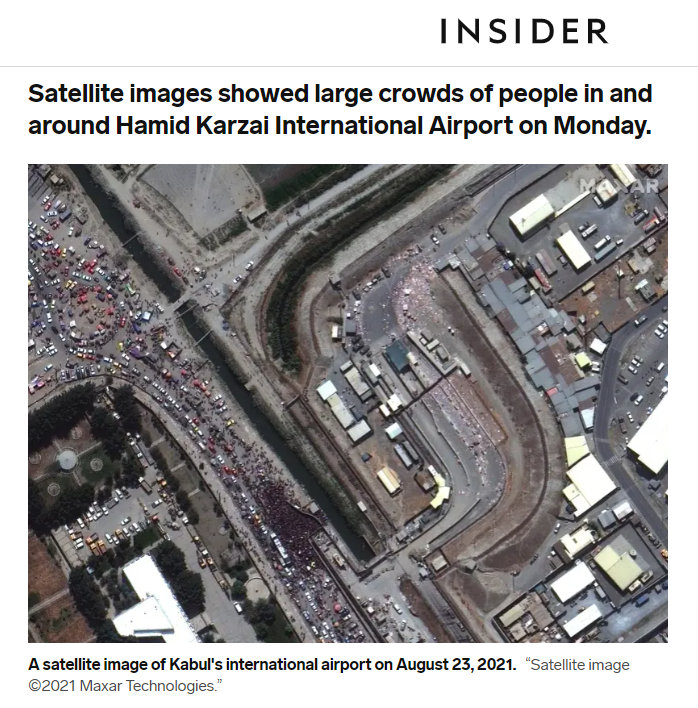 Many reports also mentioned that till now ‘at least 20 people have died in and around the Kabul airport during the evacuation effort after Taliban insurgents took over the Afghan capital’. More reports on the same can be seen here and here.

Hence, from the above fact check, we can conclude that an old unrelated video has been falsely linked to the Afghanistan crisis.