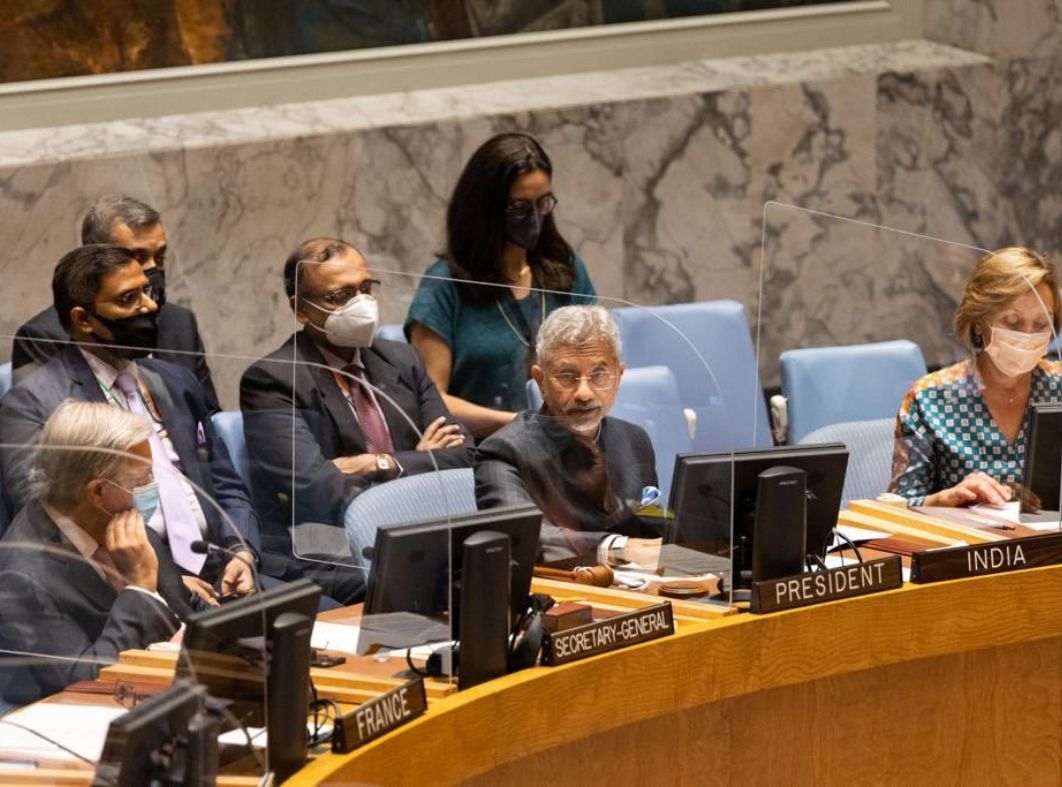 The Foreign Minister also chaired a high-level meeting at the United Nations Security Council (UNSC) on Wednesday (local time). The event was an Open Debate on ‘Protecting the Protectors: Technology and Peacekeeping’. This comes as the Taliban on Sunday took control of Kabul and installed themselves in the presidential palace in Kabul.

Watch 📺: Remarks by EAM @DrSJaishankar at the UNSC Open Debate on “Protecting the Protectors: Technology and Peacekeeping”@MeaIndia pic.twitter.com/Hmw7df8gVn

The Ministry of External Affairs (MEA) in a press release said that both these topics are priorities for India during its UNSC innings. Jaishankar reached New York on Monday to preside over two high-level meetings of the UNSC on UN peacekeeping and terrorism.

“Today in the UNSC. EAM @DrSJaishankar will chair UNSC meetings: Adoption of Resolution on “Protecting the Protectors” on @UNPeacekeeping; Open Debate on Technology and Peacekeeping,” India at UN tweeted.

The world is closely watching the unfolding situation in Afghanistan as the countries have scrambled to evacuate their citizens from Afghanistan in an attempt to secure their people. President Ashraf Ghani fled the country as the terrorists entered the city on Sunday. Panic gripped the Afghan capital as people fear about a return to the Taliban’s brutal rule and the threat of reprisal killings.