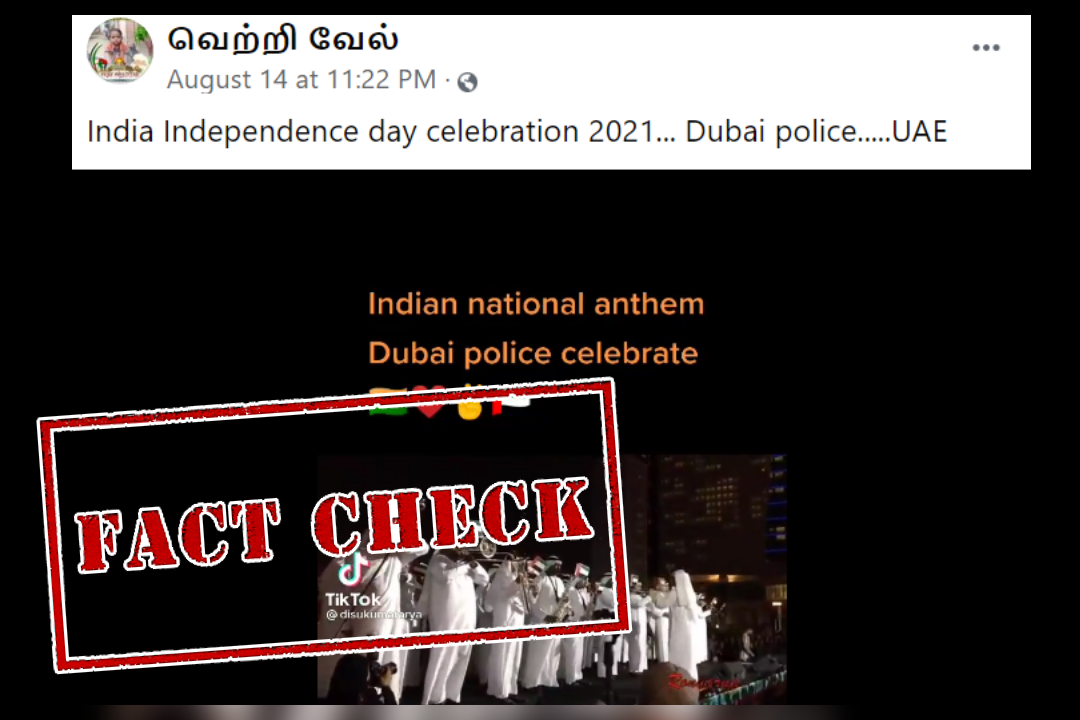 A video is being shared on social media with a claim that Dubai Police played India’s National Anthem on the occasion of India’s 75th Independence Day on August 15, 2021.

The video is being shared on Facebook with a caption that reads, “India Independence day celebration 2021… Dubai police…..UAE.” 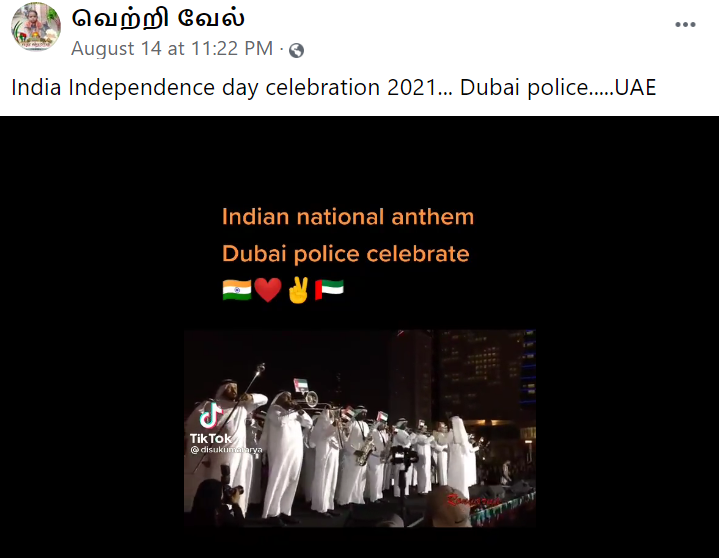 Doing a Reverse Image Search of keyframes from the video directed us to a YouTube video uploaded on October 26, 2019. The viral video can be seen at 1:23 minute timestamp. The video description reads, “Indian National Anthem Played by Dubai Police | UAE and INDIA Friendship.”

Taking a cue from this, we found many news articles from 2019 which reported the same incident. According to a news report by India Today, ‘The Dubai Police band played the National Anthem of India during an event ahead of Diwali in front of a cheerful audience’. Check a similar news article here. 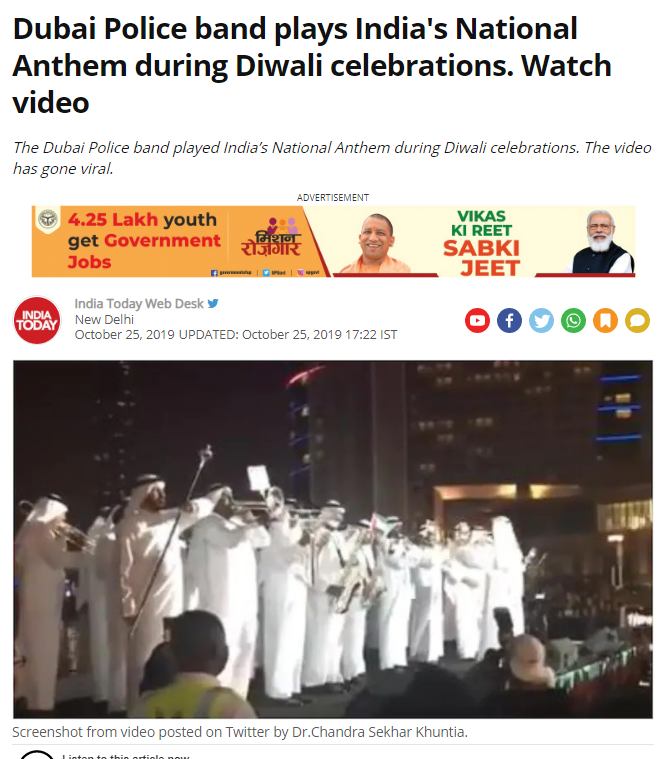 Thus, it is evident from the above information that a video from 2019 of Dubai Police playing India’s National Anthem is being linked to India’s Independence Day celebrations in Dubai this year. Therefore, the viral claim is misleading.