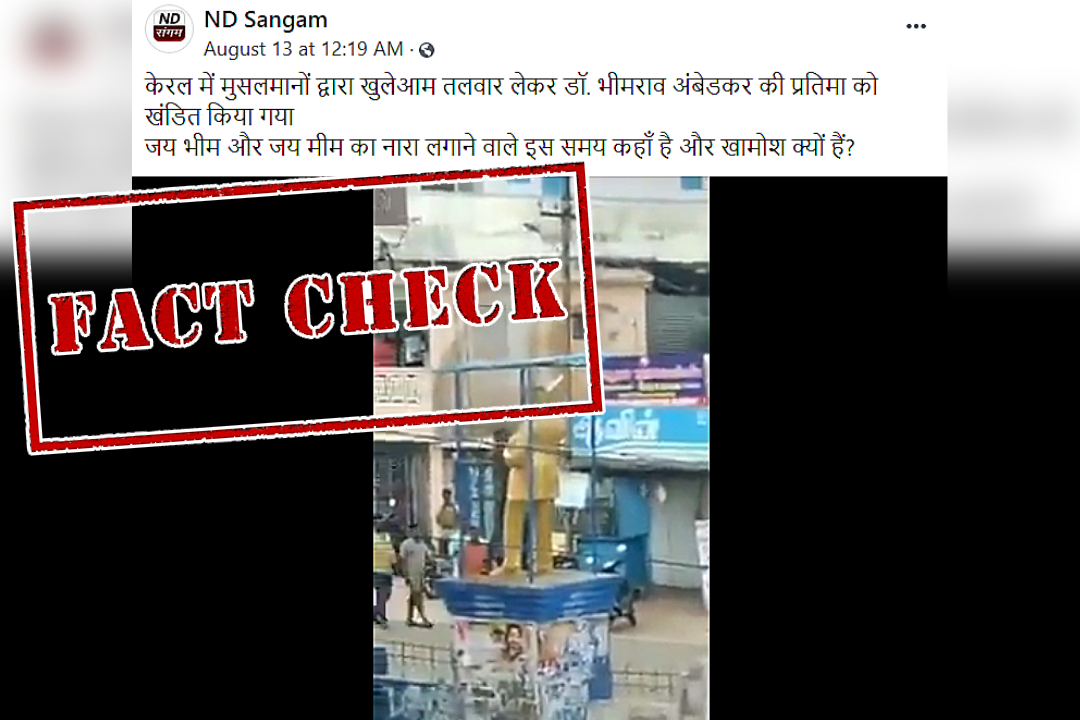 A video in which a mob can be seen vandalizing a statue is being widely shared on social media with a claim that minority community members vandalized Dr Bhimrao Ambedkar’s statue in Kerala.

The post is being shared on Facebook with a caption in Hindi that translates to, “Dr Bhimrao Ambedkar’s statue openly vandalized by Muslims in Kerala Where are those shouting Jai Bhim and Jai Meem at this time and why are they silent?” 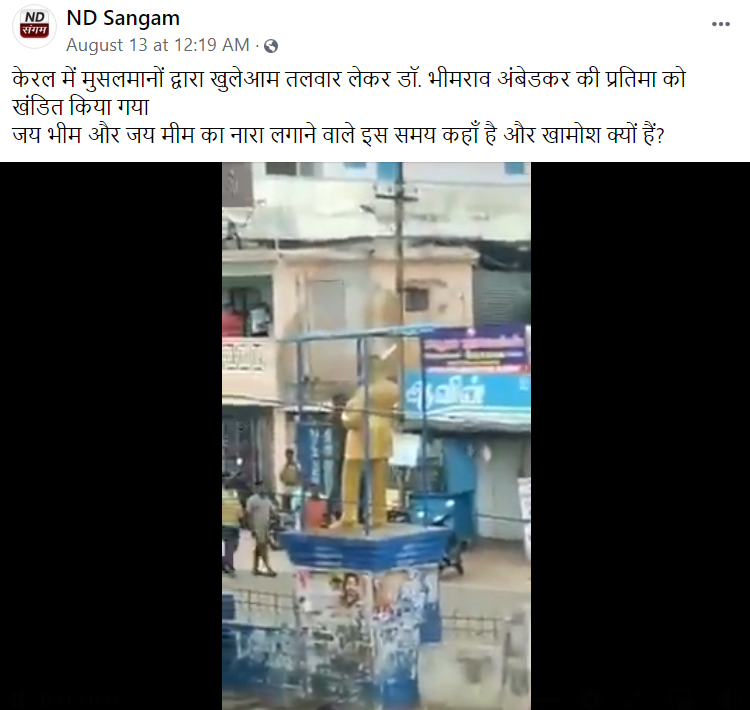 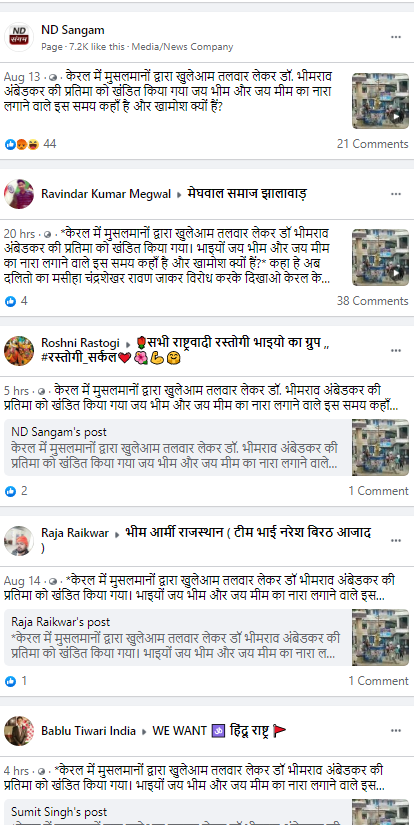 The description of the video reads, “Vedaranyam (Tamil Nadu), Aug 26 (ANI): Statue of Dr B.R. Ambedkar was vandalised by a person amid clashes between two groups in Tamil Nadu’s Vedaranyam on August 25. Police personnel have been deployed in and around the area to keep law and order in check and control the tensions.”

We could also find many news articles that had covered the same incident in 2019. The headline of one of the articles stated, “28 arrested after Ambedkar statue vandalised in Tamil Nadu’s Vedaranyam town.”

Twenty-eight people have been arrested after clashes broke out between two caste groups in Vedaranyam town in Nagapattinam district of Tamil Nadu on Sunday and a statue of BR Ambedkar was vandalised. The statue has now been replaced by a new bronze one.https://t.co/qQd573g59W

Thus, it is evident from the above information that an old video from Tamil Nadu is being shared as Dr Bhimrao Ambedkar’s statue being vandalized in Kerala. Therefore, the viral claim is MISLEADING.