Fact Check: Did SP Patriarch Mulayam Singh Yadav Say That They Will Give Jobs To Muslim Youths If Voted To Power? | Newsmobile
Sunday, June 26, 2022 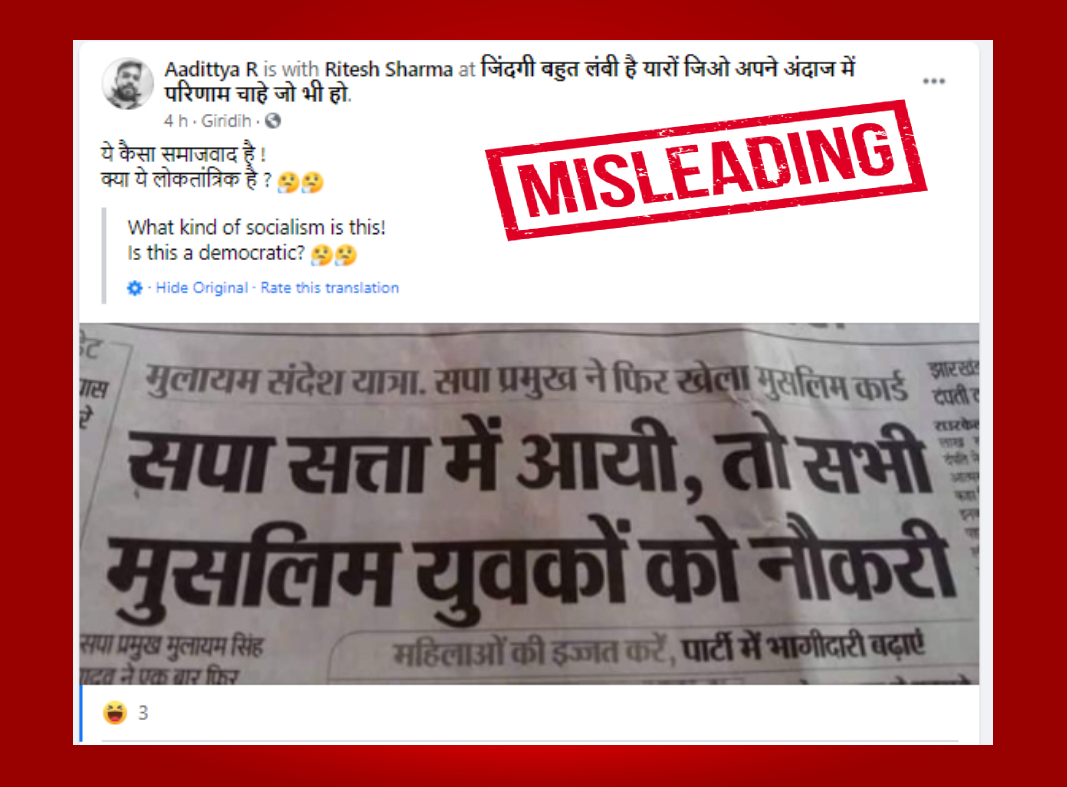 The poll bugle is ringing loud and clear in Uttar Pradesh as the state gears up for Assembly Elections in 2022. In this backdrop, a social media post is going viral claiming that veteran Samajwadi Party leader Mulayam Singh Yadav has announced jobs for Muslim youths if they are voted to power.

The headline of the newspaper clip that is being circulated on social media reads in Hindi: “सपा सत्ता में आयी, तोसभी मुसलिम युवकों को नौकरी”

(English Translation: If SP comes in power, then all Muslim youths will get jobs) 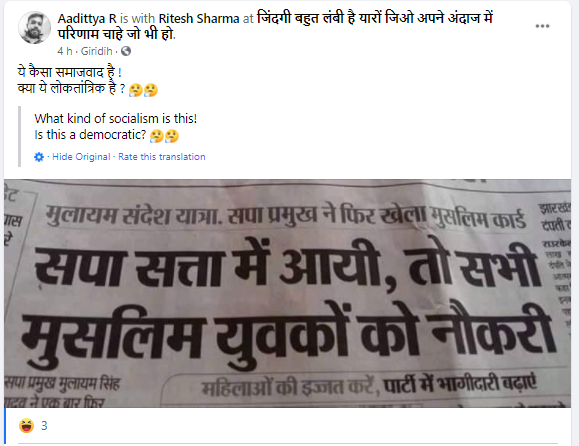 On searching with the title of the newspaper clip, ‘सपा सत्ता में आयी, तो सभी मुसलिम युवकों को नौकरी’, we found that the same newspaper clip was also viral in 2016.

We searched further but did not find any media reports stating that Mulayam Singh Yadav has made any such statements recently.

However, we found a report by Navoday Times dated October 9, 2016, stating that ‘in UP Election Mulayam Singh played Muslim card, said the government was formed due to Muslims.’

Similar reports were also published by Punjab Kesari and Jansatta.

Hence, the viral image is an old newspaper clipping and Mulayam Singh Yadav had made the statement in the run up to Uttar Pradesh Assembly Elections in 2016.