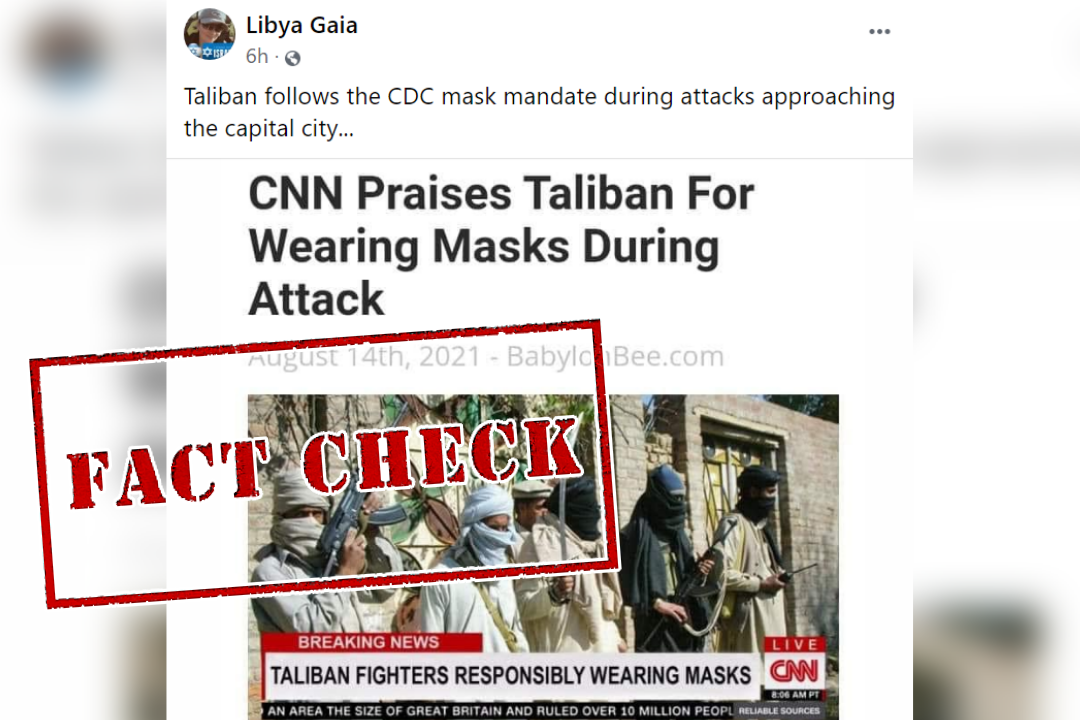 A screenshot of a news article allegedly published by the news outlet ‘CNN’ has gone viral on social media calming that the news channel praised the Taliban for wearing masks during recent attacks. Taliban has taken over Afghanistan and also captured the capital city, Kabul.

The image is being shared on Facebook with a caption that reads, “Taliban follows the CDC mask mandate during attacks approaching the capital city.” 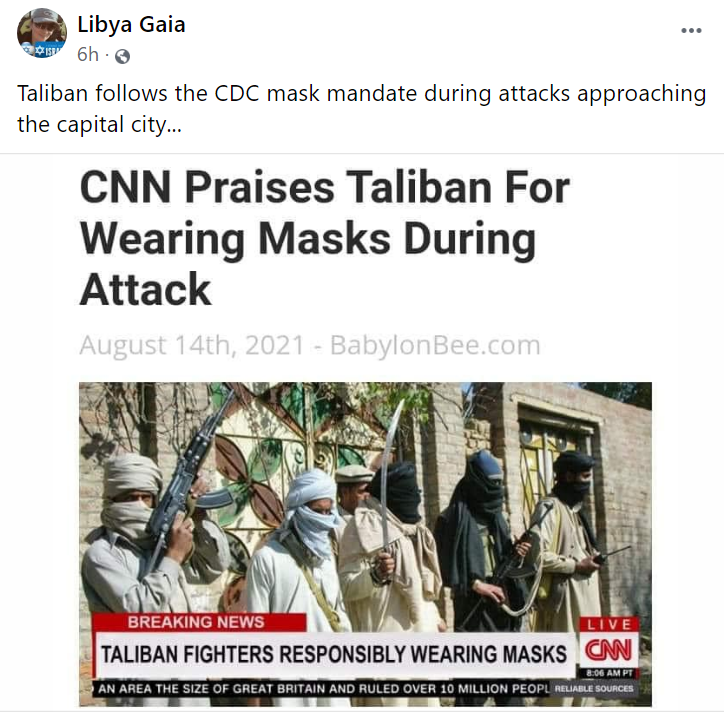 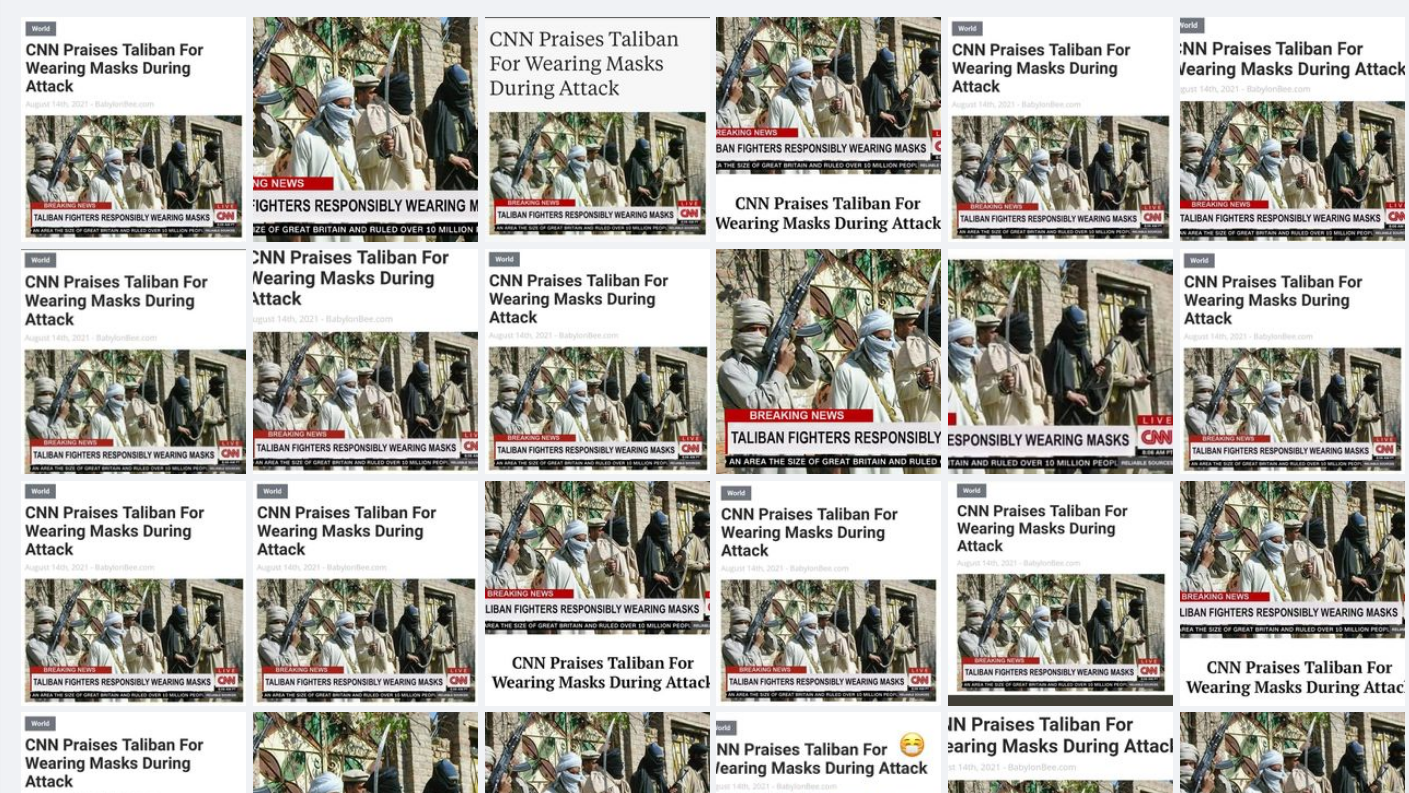 Looking carefully at the viral screenshot, we noticed that although it had CNN’s logo, “BabylonBee.Com” was written on the right side of the article, below the headline. 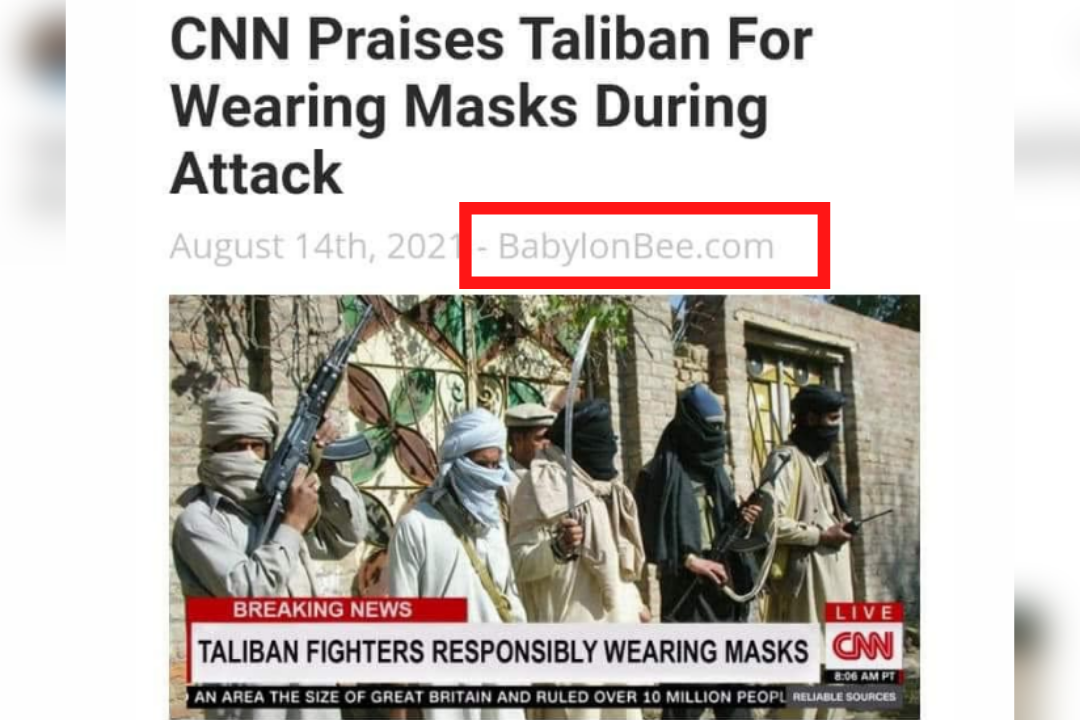 Taking a cue from this, we searched and found the same article published on the website “BabylonBee”.

The “about us” section of the website reads, “The Babylon Bee is the world’s best satire site, totally inerrant in all its truth claims. We write satire about Christian stuff, political stuff, and everyday life.” 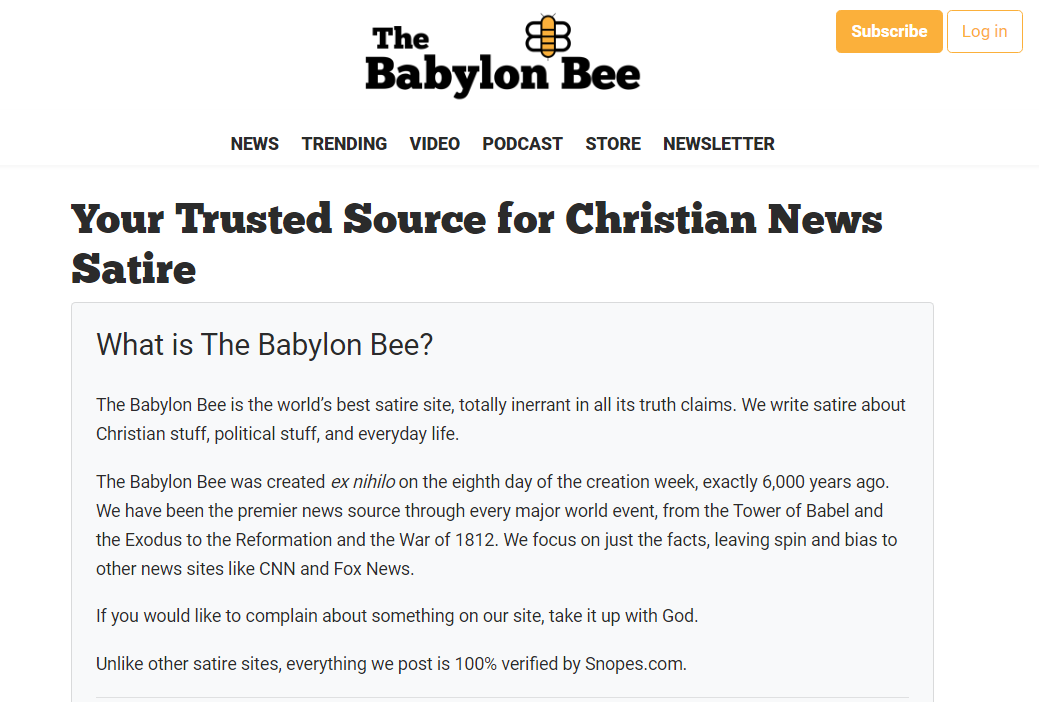 Searching further, we found a tweet that carried the viral article shared on the official Twitter handle of “BabylonBee” that stated, “CNN Praises Taliban For Wearing Masks During Attack.” The bio of their Twitter handle reads, “Fake news you can trust.”

Further, we did a Reverse Image Search and found out that the image was published in a BBC news article on August 15, 2020, with a caption that read, “The Taliban overran Swat under the leadership of Maulana Fazlullah in 2007.” 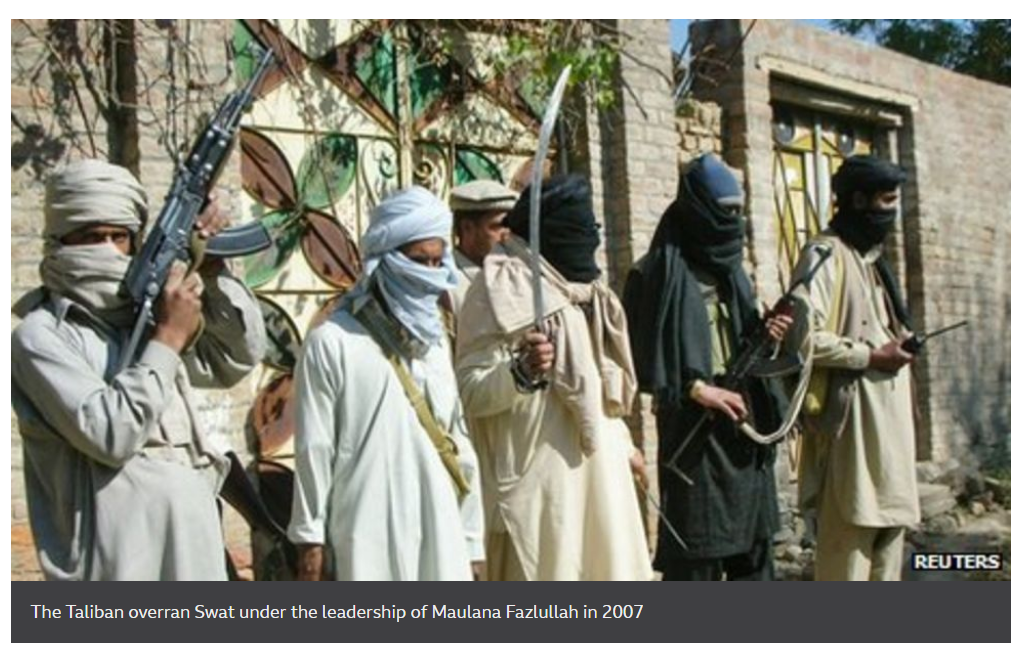 Thus, it is evident from the above information that a satire article is being shared as CNN praising the Taliban for wearing masks during recent Afghanistan attacks. Therefore, the viral claim is FALSE.