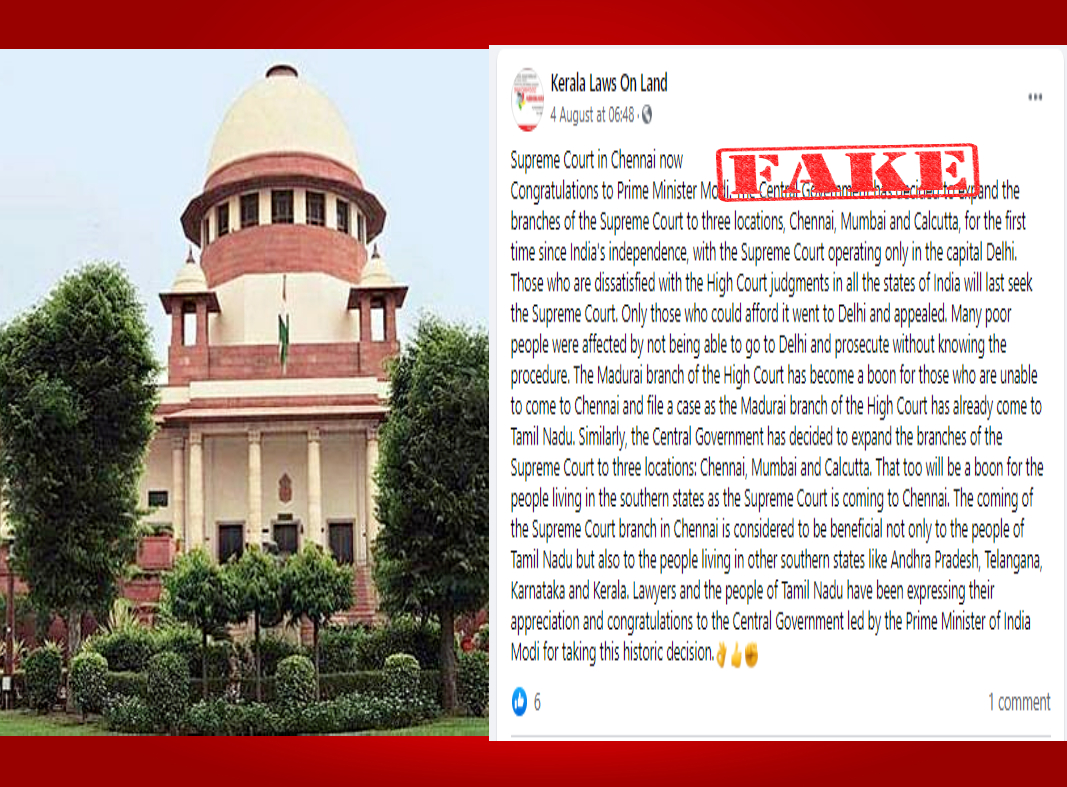 A post is going viral on social media which claims that the Centre has decided to set up regional benches of Supreme Court to other metropolitan cities like Chennai, Mumbai and Kolkata. 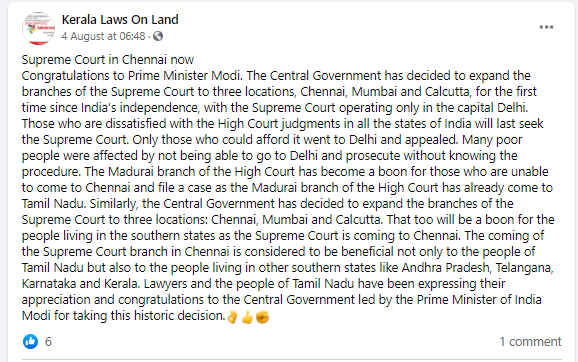 On searching with the keyword, we did not find any recent media report about expansion of Supreme Court to other metropolitan cities.

We found a report published by The Hindu on February 20, 2010, that read, ‘Supreme Court has rejected the Law Commission’s suggestion that the highest court in the land be split into a Constitution Bench in Delhi and Cassation Benches in the four regions’. The same request was also turned down by The Supreme Court in 2015, according to a report published by The Times of India on July 14, 2015.

We also searched and found that on August 4, 2021, Law Minister Kiren Rijiju in reply to a question on ‘splitting the Supreme Court into Constitutional Court and Court of Appeal at Delhi and later one each in four parts of the country’, in Lok Sabha had said the matter is in court. He said, “In Writ Petition WP(C) No. 36/2016 on the establishment of National Court of Appeal, the Supreme Court vide its judgment dated 13.07.2016 deemed it proper to refer the aforementioned issue to Constitutional Bench for authoritative pronouncement. The matter is sub-judice before the Supreme Court.”

A forwarded message is being shared on #WhatsApp claiming that the government has decided to expand the branches of the Supreme Court of India to three more locations. #PIBFactCheck:

▶️No such decision has been taken by the government. pic.twitter.com/GFY75FcxSj

Hence, from the above information, it is clear that the viral claim is false.