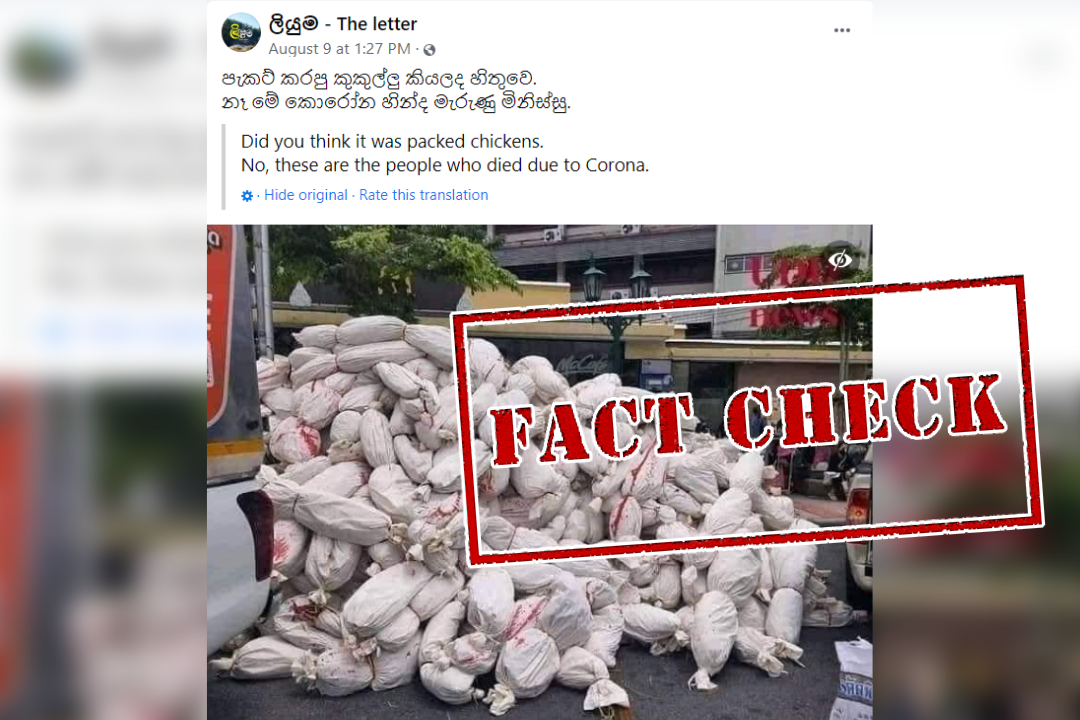 An image showing a pile of body bags has gone viral on social media claiming that it shows COVID-19 fatalities in Sri Lanka.

The image is being shared on Facebook with a caption in Sinhala language that translates to, “Did you think it was packed chickens. No, these are the people who died due to Corona.” 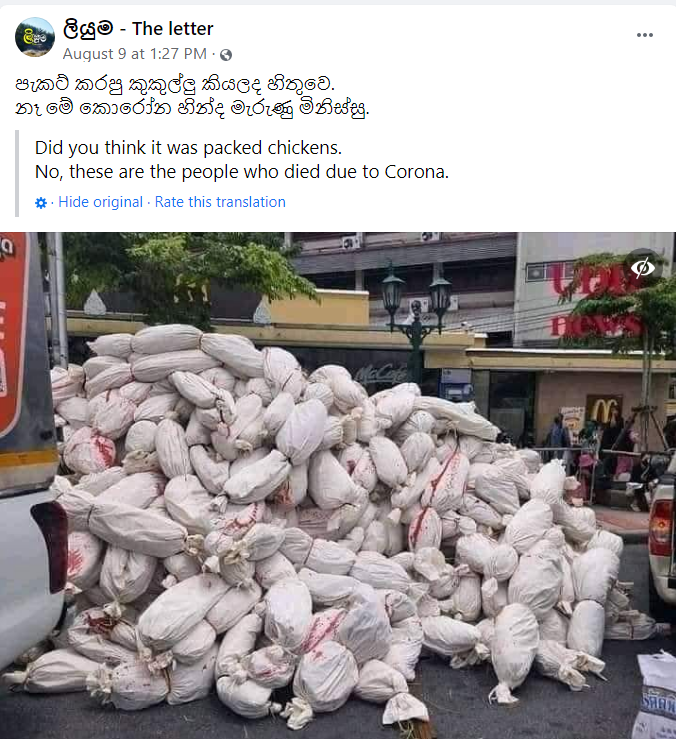 Doing a simple Reverse Image Search, directed us to a Facebook post uploaded by a Thailand-based news agency on July 18, 2021. The caption of the post translates to, “11.45 a.m. The atmosphere at the Democracy Monument on the McDonald’s side before the appointment time. There is a car that carries a replica of the corpse together with the figure as shown in the picture. Along with the people, mostly red shirts gradually entered the area. including Mielek Chokromphruek singing instrumental songs Bags containing raincoats, N95 masks, fresh shields and alcohol were also distributed, along with gloves.” 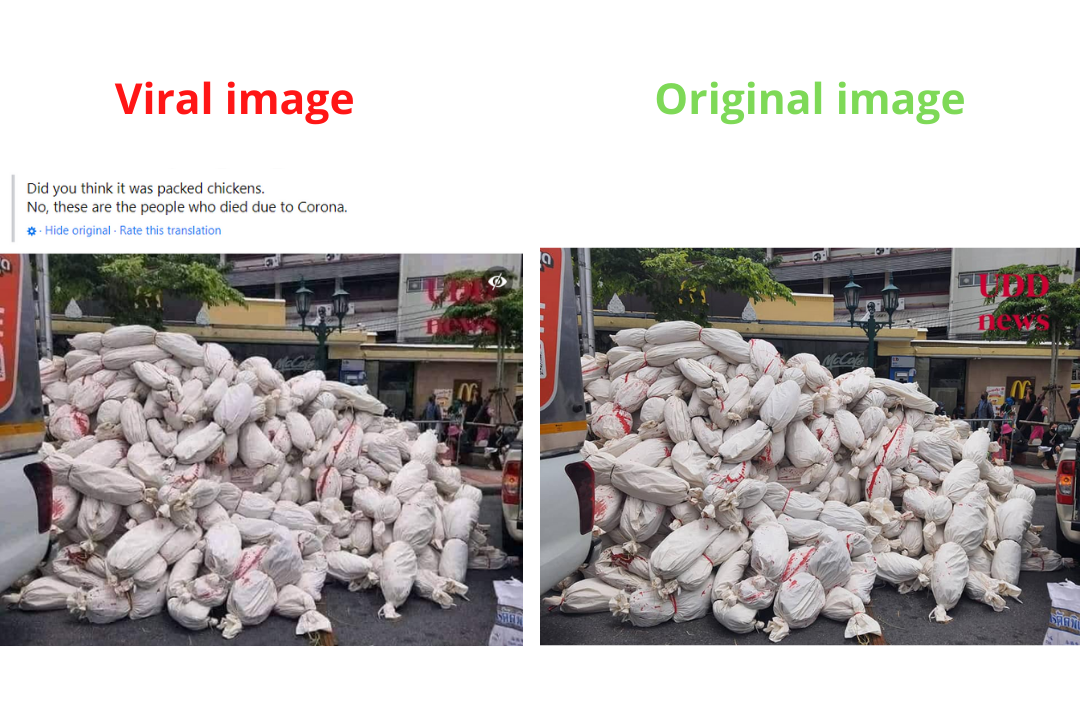 Searching further, we found a news report that stated that on July 18, 2021, to mark the one year anniversary of the pro-democracy movement calling for the resignation of Thai Prime Minister Prayut Chan-O-Cha, anti-government protesters gathered in Bangkok, Thailand.

Another news report by a Thai media outlet stated that “White bags stuffed with straw and painted red to depict blood, the body bags were originally meant to graphically represent the kingdom’s total death toll from Covid-19, a tragedy exacerbated by state mismanagement.” 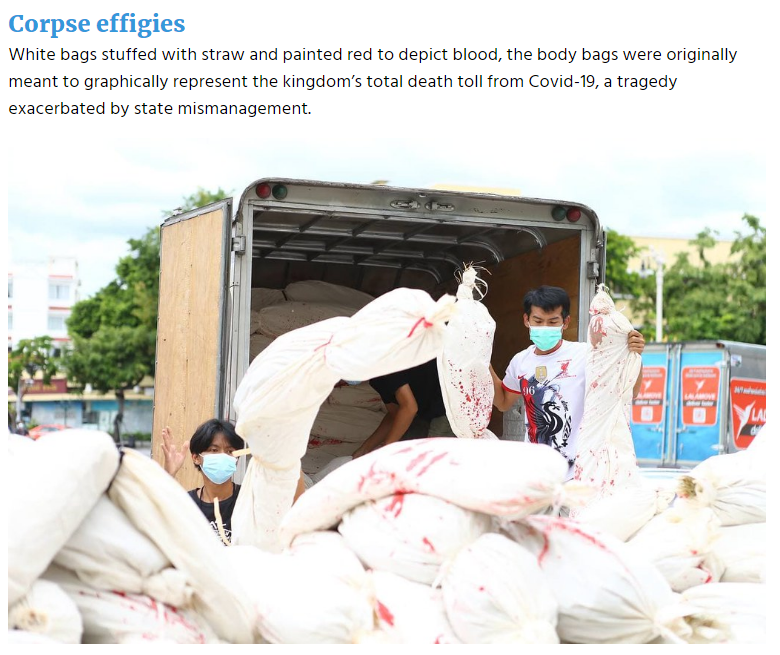 According to these news articles, the protest was held at Democracy Square in Bangkok and the white bags were piled in front of a McDonald’s outlet.

Below is the comparison of the viral image and McDonald’s site seen on Google Maps.

Thus, it is evident from the above information that image of fake corpses from a Thailand protest is being falsely shared as that of bodies of COVID-19 patients who died in Sri Lanka. Therefore, the viral claim is misleading.