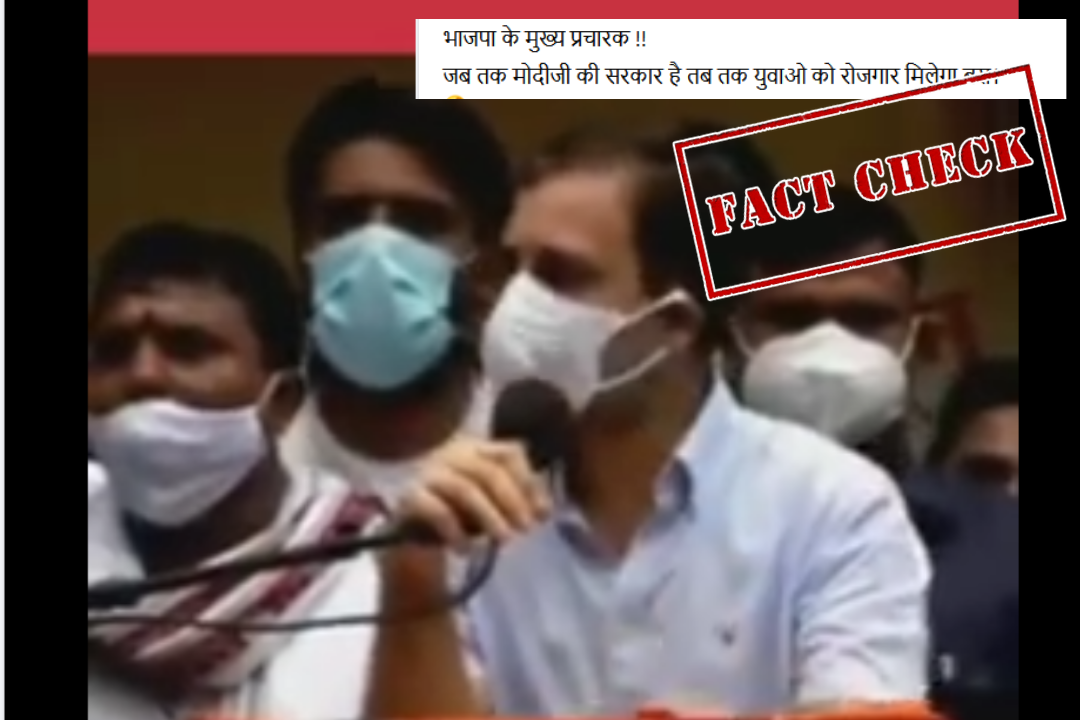 A clip of a news bulletin showing former Congress President Rahul Gandhi is being widely circulated on social media. It is being claimed that he is praising Prime Minister Narendra Modi and saying that as long as PM Modi’s government is in power, youth will get employment.

In the video, Gandhi can be heard saying, “As long as Narendra Modi is the Prime Minister, as long as we have ‘hum do, humare do‘ government, till then the youth of India will get employment.”

(English translation: The star campaigner of BJP!!As long as Modiji’s government is there, youth will get employment.) 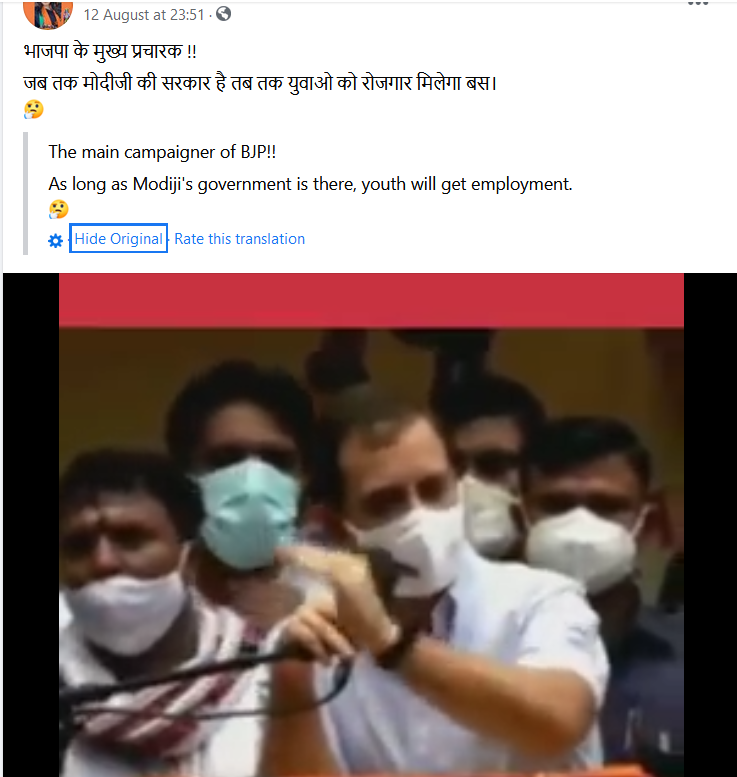 Here’s the link to the above video. More such posts can be seen here and here.

After watching the video, we realised that the viral clip in circulation had been edited. In the video, it is evident that Rahul Gandhi said that youth will NOT get employment while BJP is in power.

At 1:07 time code of the video, Gandhi says, “Remember…as long as Narendra Modi is the Prime Minister, as long as we have ‘hum do, humare do‘ government, till then the youth of India will NOT get employment “.

We found the same clip on INC’s Twitter handle as well. The video was published on August 5, 2021.

Further, we did a Google search using relevant keywords to look for any reports mentioning the above viral statement but contrary to the post, we found reports stating that Gandhi talked about unemployment during the BJP era. 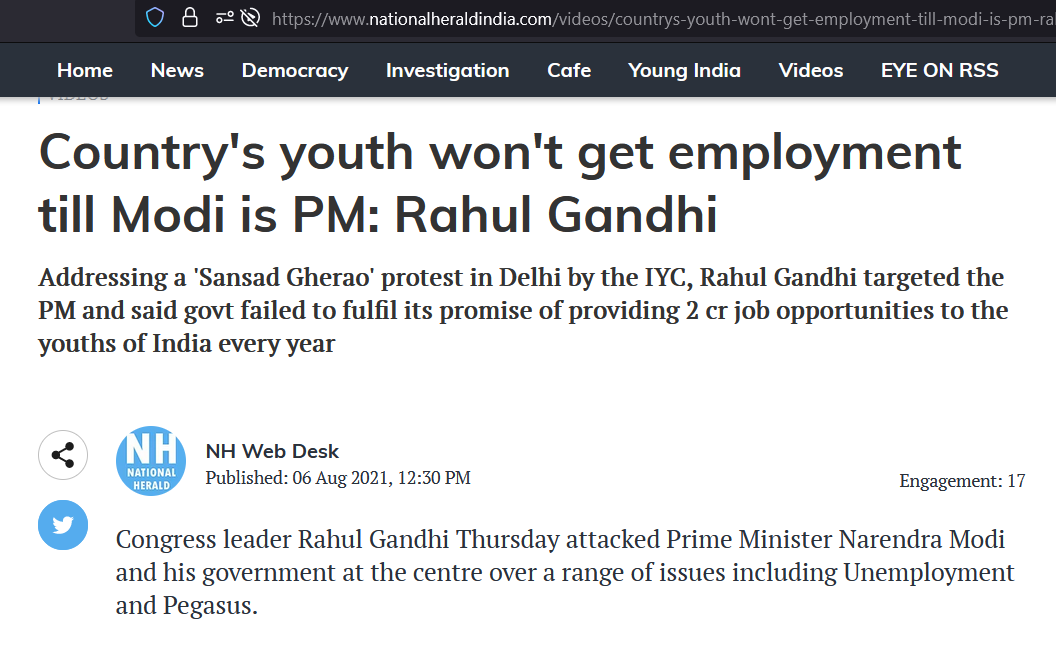 Hence, it is evident that the video in question was edited in a way to make it look as though Rahul Gandhi is praising PM Modi and saying that youth will get employment during the BJP era.

Hence, we can say that the video clip in circulation is false.