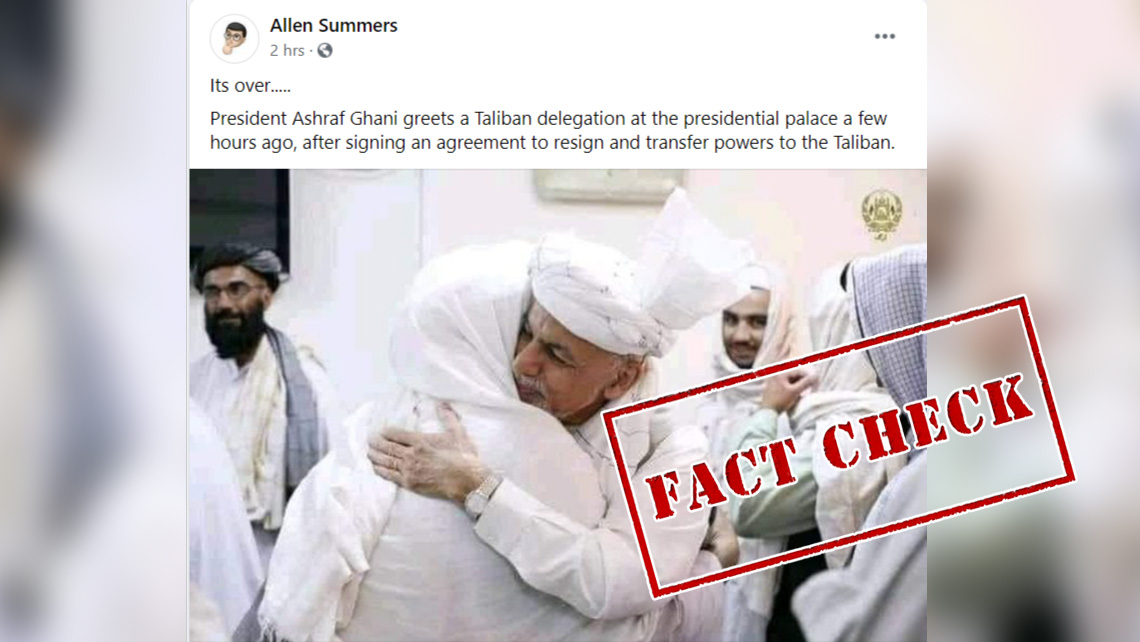 On August 15, 2021, the world watched in shock as the Taliban took control over Afghanistan after surrounding the capital Kabul from all sides.

The insurgents’ delegates met government officials at the Presidential Palace for a “peaceful transition in power”. With former President Ashraf Ghani fleeing the country, the Taliban took over with little resistance from the Afghan government, leaving Kabul in absolute chaos as residents and foreign nationals tried to escape.

In this backdrop, a picture of former President Ashraf Ghani is circulating on social media with a claim that he met Taliban leaders at the Presidential Palace hours before he fled the country.

“Its over…..President Ashraf Ghani greets a Taliban delegation at the presidential palace a few hours ago, after signing an agreement to resign and transfer powers to the Taliban,” the Facebook post read. 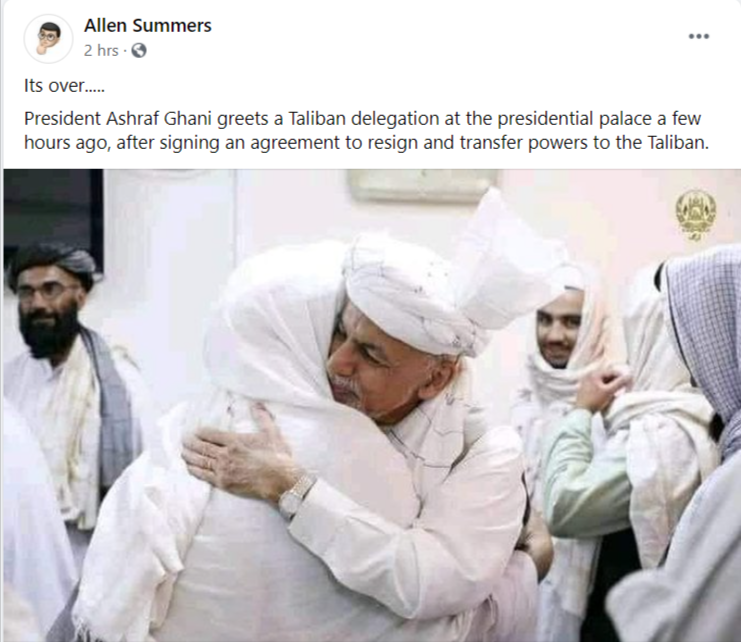 We scanned through Facebook and Twitter posts where the same image was shared. We found that many Twitter users had called out the post stating that it is fake and claiming that the picture is old. 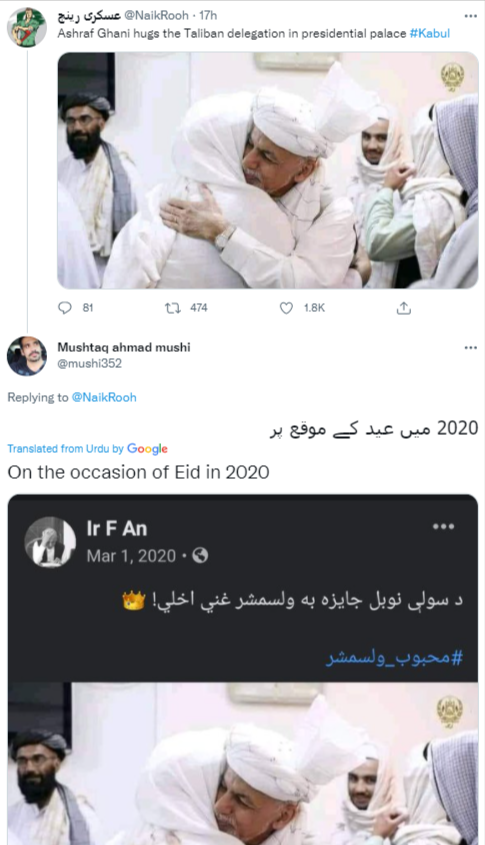 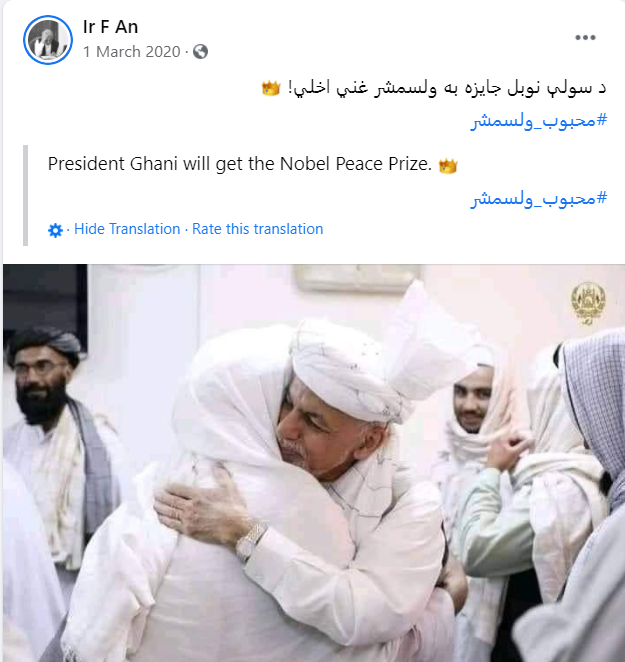 Taking a cue from this, we ran a keyword search. After an extensive keyword search, we found a video of Ashraf Ghani’s Eid speech from 2019, where he can be seen in the same attire.

When we compared the image carefully with the video clips, we noticed that the turban was tied in the exact same fashion.

We also found multiple pictures of Eid 2019 on the official Twitter account of the Office of the President of Afghanistan – ARG Presidential Palace, where Ghani can be seen in the exact same attire. The tweets can be seen here and here. 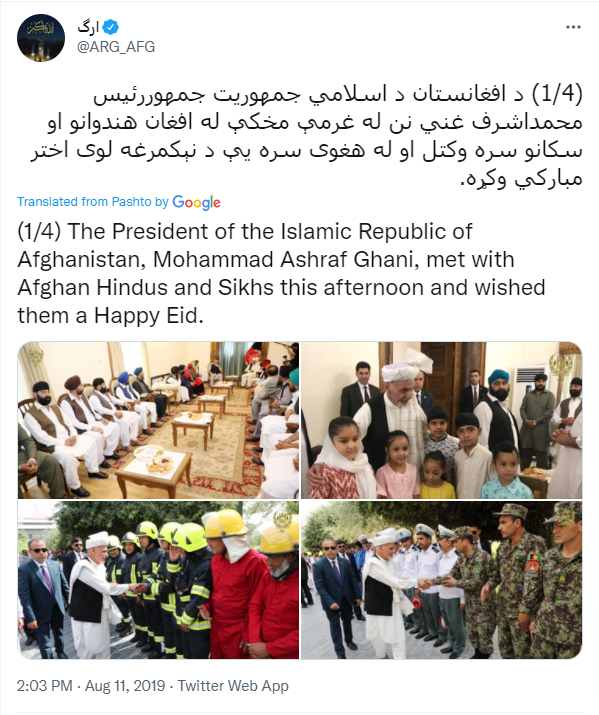 Many social media users also pointed out that the viral image is photoshopped. However, NewsMobile independently couldn’t verify the same.

Moreover, while there were reports that Afghan government officials met Taliban negotiators at Presidential Palace, it was still unclear whether Ashraf Ghani was present in the meeting or not.

However, the above information proves that the viral image is being shared with a false claim and it is not a recent one after the Taliban took over Kabul.

What is happening in Afghanistan?

After the Taliban surrounded the capital Kabul and met with some of the Afghan government officials at the Presidential Palace for the ‘transfer of power’, reports started emerging that Ashraf Ghani has stepped down as the President and has left the country.

“Taliban have won the judgement of sword and guns and now they are responsible for protecting the countrymen’s honour, wealth and self-esteem,” Ashraf Ghani said in his statement. 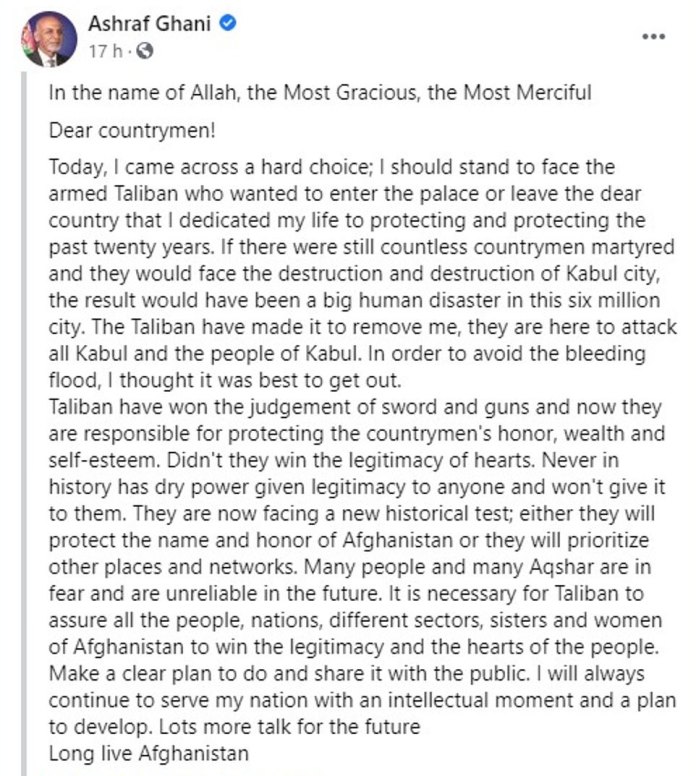 As of the latest reports, Taliban has taken over the presidential palace. “Today is a great day for the Afghan people and the mujahideen [Taliban],” said Taliban spokesman Mohammad Naeem. “They have witnessed the fruits of their efforts and their sacrifices for 20 years. Thanks to God, the war is over in the country.”

As per the reports, the country will now be known as the ‘Islamic Emirate of Afghanistan’, with Taliban leader Mullah Abdul Ghani Baradar expected to assume the role of the President. 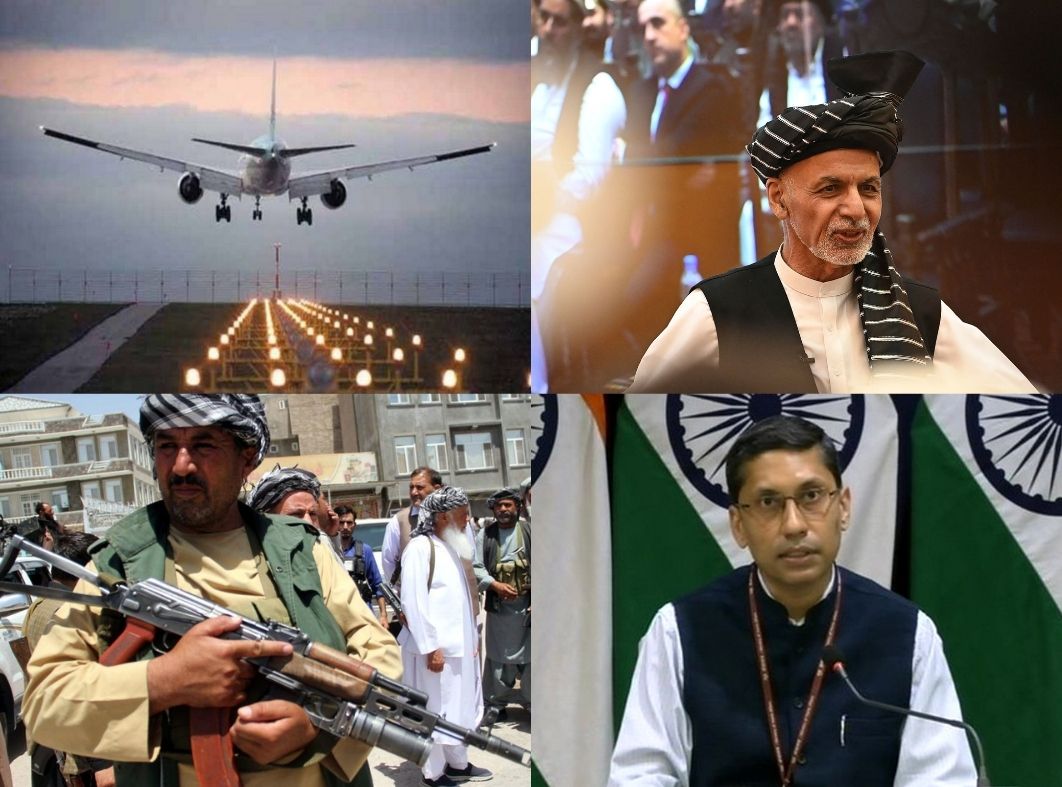