Home Nation ‘We have forgotten values on which freedom was attained’: Sangappa Mante, Freedom... 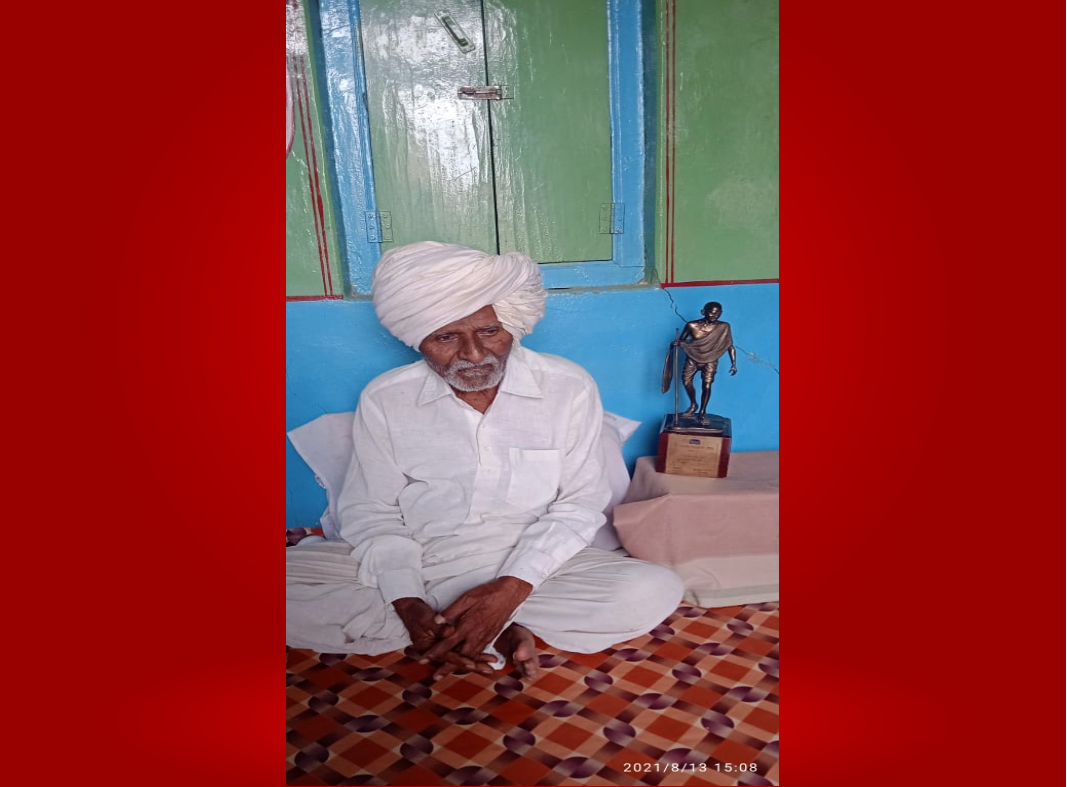 On this 75th Independence Day, NewsMobile spoke to Sangappa Mante, a 96-years-old person who fought to gain freedom from the vicious British Rule. Mante hails from Kodekal village in Yadgir district of Karnataka, and even after India attained freedom he fought to save the handloom industry and rights of weavers. NewsMobile had a conversation with him to get an insight to the thoughts and feelings that drove him to participate in the freedom struggle.

Q.1 What was your contribution to India’s Independence Movement?
I was a member of Congress and as a youth I along with my friends started a group, ‘Karnataka Literary Sangha’ through which we promoted the idea of freedom struggle in our village.

Q.2 What freedom means to you?
Freedom for me means to live without being oppressed by someone.

Q.3 Do you think India has achieved the freedom for which you aspired for?
It feels British rule was better than today, at least the British administrators did not overtly ask bribes in the way today’s bureaucrats do. It is so saddening to see our own people being corrupt and selfish.

Q.4 Is there some anecdote/experience that you recall from your freedom struggle days? Please narrate.
Once as a part of protest, we climbed on the top of Khadi center at Kodekal of our village and hoisted the Indian flag on it, for which we were arrested, but despite our arrest, the weaving community of our village ensured that the flag was not taken down from its place, they kept the flag ‘safe.

Q.5 Do you recall people celebrating, or was there sadness because of partition?
While India was celebrating Independence, the people of Yadgir were still under the rule of Nizams, so we were not actually free. Due to the partition drive there were communal clashes which were also there at our village. After India attained freedom, we were living in a place which was under the rule of Nizam and just 10 kms away the place was ruled by the Indian government. So, we were at the border where the situation was tense, until Sardar Vallbahi intervened and helped us gain freedom against the Nizam’s reign.

Q.6 What is your dream of India now?
We have forgotten the values on which freedom was attained, the inequality has also increased. My dream for India is to have a society that draws its inspiration from the idea that motivated us to participate in the freedom struggle, ‘An Equal Society’. We want people of India to have equal opportunities.